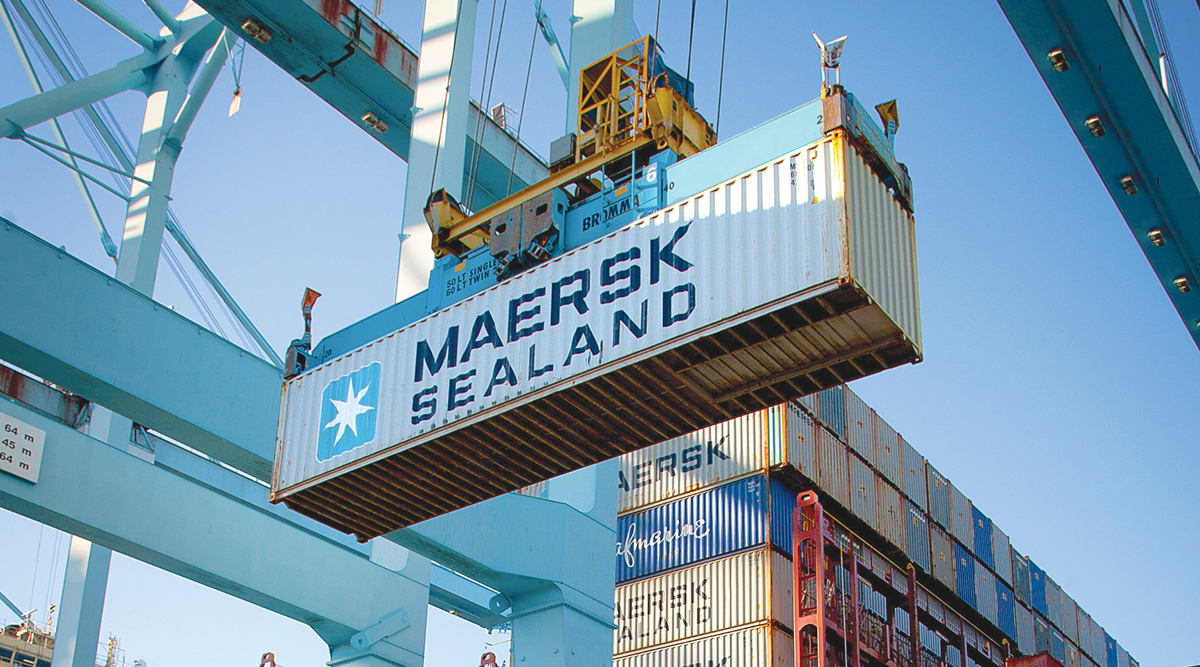 A shipping container is off-loaded at the Port of Los Angeles. (Tim Rue/Bloomberg News)

U.S. ports and their private sector partners have ramped up their investments in infrastructure improvements, which ultimately should help trucking companies get their drivers in and out of these complexes faster and more efficiently, industry experts said.

Some of the investment represents direct spending by port authorities that own and operate the terminals, as is the case at ports such as Savannah and Charleston, said Paul Bingham, director of transportation consulting at IHS Markit.

At the same time, landlord ports that lease property to private terminal operators — such as the Port of Los Angeles and the Port of Long Beach — also “are making significant capital investments,” he said.

In some cases, this extends to projects that traditionally have been a federal funding responsibility, including dredging of navigation channels.

Overall investment in planned port improvements has climbed dramatically in recent years, according to a survey conducted by the American Association of Port Authorities.

The organization, which surveys its members on infrastructure investments every five years, found that U.S. ports and their private sector partners were planning to spend a combined $155 billion in 2016 through 2020, representing a more than three-fold increase over the $46 billion figure the same survey found for the previous five years, said Aaron Ellis, AAPA’s public affairs director.

Projects to improve port access, including roads to port gates and terminals, are of “tremendous interest” to the trucking companies that haul shipping containers in and out of the ports, Bingham said.

Often, a state’s department of transportation may not be paying for all the improvements a port would like.

“Therefore, in some cases, the port authorities are spending their own money to contribute to infrastructure improvements,” he said. 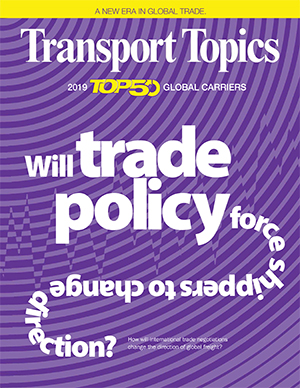 In the “most extreme cases,” such as in the City of Long Beach, the port authority is essentially paying for a portion of the Gerald Desmond Bridge replacement, Bingham said, noting that this is a major access corridor between portions of the complex, and trucks hauling containers represent most of the traffic.

It’s not only the ports, but also their private sector tenants that are funding these types of improvements, AAPA’s Ellis said. “Ports are leveraging their tenants to make these big investments. They can’t do it themselves.”

Ellis said AAPA’s survey showed the highest amount of U.S. port investment has been along the Gulf of Mexico, including the ports in Corpus Christi, Texas; Houston; Mobile, Ala.; New Orleans; and Tampa, Fla.

“It’s all the energy imports and exports that are probably causing the greatest amount of investments there,” he said.

On the East Coast, the focus has been on dredging and being able to handle larger ships, primarily due to the Panama Canal and Suez Canal expansions, Ellis said. These are enabling larger ships to come from Asia and Europe to these East Coast ports.

Meanwhile, some ports are building inland distribution centers to move goods via intercoastal waterways as a way to reduce truck traffic congestion.

Automated container terminals at ports such as the Port of Hampton Roads can help reduce loading and unloading times, he said.

Ports also are pursuing other ways to improve operations.

The Port of Oakland, for example, has been investing in a project to convert an old Army base into a commercial development for attracting cargo users under the Base Realignment and Closure program, AAPA’s Ellis said.

Looking ahead, AAPA’s next survey, expected in January, will track planned investments over the next five years — 2021 through 2025.

“We fully anticipate that it’s going to be even greater than the last survey we did, which astounded us with the investments that are being planned,” Ellis said.

Imports to Port of L.A. Drop, Hinting at Weaker Demand