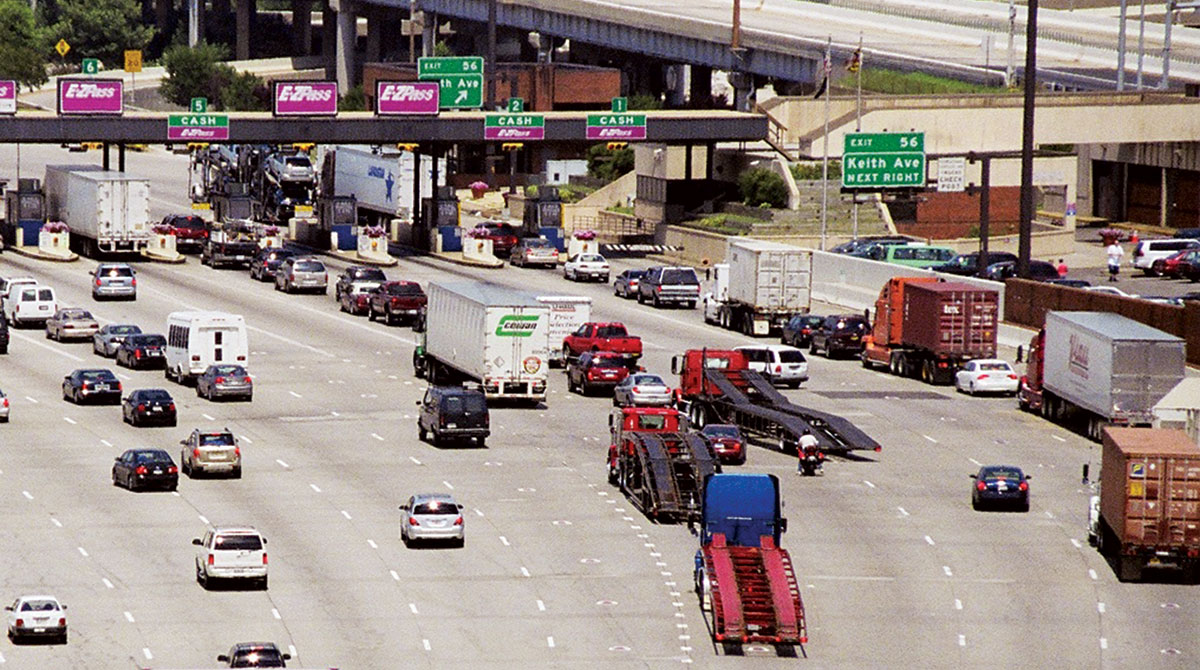 The U.S. trucking industry is set to be transformed by a handful of states adopting zero-emission vehicle requirements.

Oregon, Washington, New York, New Jersey and Massachusetts followed California in approving the Advanced Clean Truck rule late last year, requiring a growing percentage of all medium- and heavy-duty trucks sold to be zero-emission starting in 2025. Manufacturers must increase their zero-emission truck sales in those states to 30% to 50% by 2030, and 40% to 75% by 2035.

In the years to come, the new sales mandate will fill the country’s coastal highways and corridors with an expanding number of electric-powered large pickups, buses, garbage trucks and tractor-trailers. Oregon also approved the Heavy-Duty Omnibus rule, which toughens tailpipe standards on sales of new trucks that still run on fossil fuels and makes them 90% cleaner, once fully implemented.

The rules will require manufacturers to develop cleaner vehicles, in a way that could “significantly reduce or eliminate greenhouse gas emissions as well as conventional air pollutants like nitrogen oxides,” said Paul Miller, executive director of Northeast States for Coordinated Air Use Management, a nonprofit that supports air quality regulators. “Vehicle makers don’t make money on public goods like clean air, so it’s not part of their product development plans unless something is in place to require its inclusion.” 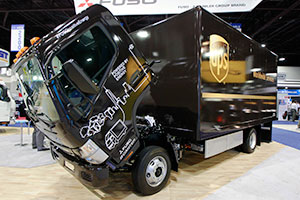 A view of the Fuso E Canter all electric truck that is being used by UPS. (John Sommers II for Transport Topics)

Though they only make up a small fraction of the nation’s vehicle fleet, medium- and heavy-duty trucks account for more than 60% of tailpipe nitrogen oxide and particulate emissions, according to a 2021 report. Low-income communities of color that live near trucking corridors and distribution centers are disproportionately affected by those harmful pollutants, which the new rules are expected to reduce.

Together, the six states adopting the rule account for 20% of the nation’s trucking fleet, said Patricio Portillo, a transportation analyst at the Natural Resources Defense Council. Other states may follow soon: Maine has taken steps to adopt the ACT rule in 2022, while Colorado, Illinois, Connecticut and Vermont have signaled plans to weigh the new regulations as well. Even parts of the country that don’t have the rules in place could see a spillover effect as manufacturers start to comply. “It’s good for all states that we have some leaders taking on this translation,” Portillo said.

The coast-to-coast wave of rule adoptions follows a familiar cycle: As part of a special provision in the Clean Air Act, California is the only state in the nation that is allowed to create air quality rules that are more stringent than the federal government. But other states are allowed to reproduce those tougher rules, as many have with tailpipe standards for passenger vehicles.

The growing bandwagon of clean-truck states also marks progress toward a goal of making 100% of bus and truck sales electric by 2050, as pledged by 15 governors and the mayor of Washington, D.C., in a memorandum of understanding from 2020. It listed a number of actions that states could take, including purchasing incentives and infrastructure investments. But the new sales mandate could have the greatest impact of all, said Miller.

The industry doesn’t see it like that. Jed Mandel, president of the Truck and Engine Manufacturers Association, said that his members are already making large investments in EVs. Rivian, Tesla and Daimler AG are developing tractor-trailers that can run hundreds of miles on a single battery charge. A handful of EV school buses are already on the road, while companies like UPS and Amazon have placed orders for hundreds of thousands of electric delivery trucks.

Mandel said the new sales requirements could inhibit environmental progress by pushing buyers to hold onto their current vehicles for longer or to go out of state to buy new ones.

“We’re in favor of transitioning the commercial fleet to zero-emission vehicles, but we think the Advanced Clean Truck rule is flawed public policy and will create real problems,” he said.

Regulators and advocates disagree. Portillo pointed out that billions of dollars in pre-orders demonstrate the high level of interest in heavy-duty electric vehicles.

Reducing local pollution from the trucking industry could benefit the often disenfranchised communities that live near freight corridors. A report commissioned by the Natural Resources Defense Council highlighted the environmental justice impacts, estimating that New Jersey’s adoption of both the Advanced Clean Truck rule and the Heavy Duty Omnibus bill would result in 228 avoided deaths and 246 avoided hospital trips annually.

Yet while state regulators play an important role in leading the U.S. toward cleaner air standards, the transportation sector is in many ways borderless. Dirty trucks from other states can still enter California and its clean-air allies. In the long term, climate change will require a full national transition to fully electric vehicles of all shapes and sizes, said Miller. The Environmental Protection Agency is updating federal rules regulating efficiency and tailpipe standards for fossil fuel-burning trucks, but it’s unclear whether it would set electric truck sales requirements akin to California’s.

“While it’s great that other states are pursuing California’s rules, it’s really not a full solution without a strong federal program,” Miller said.