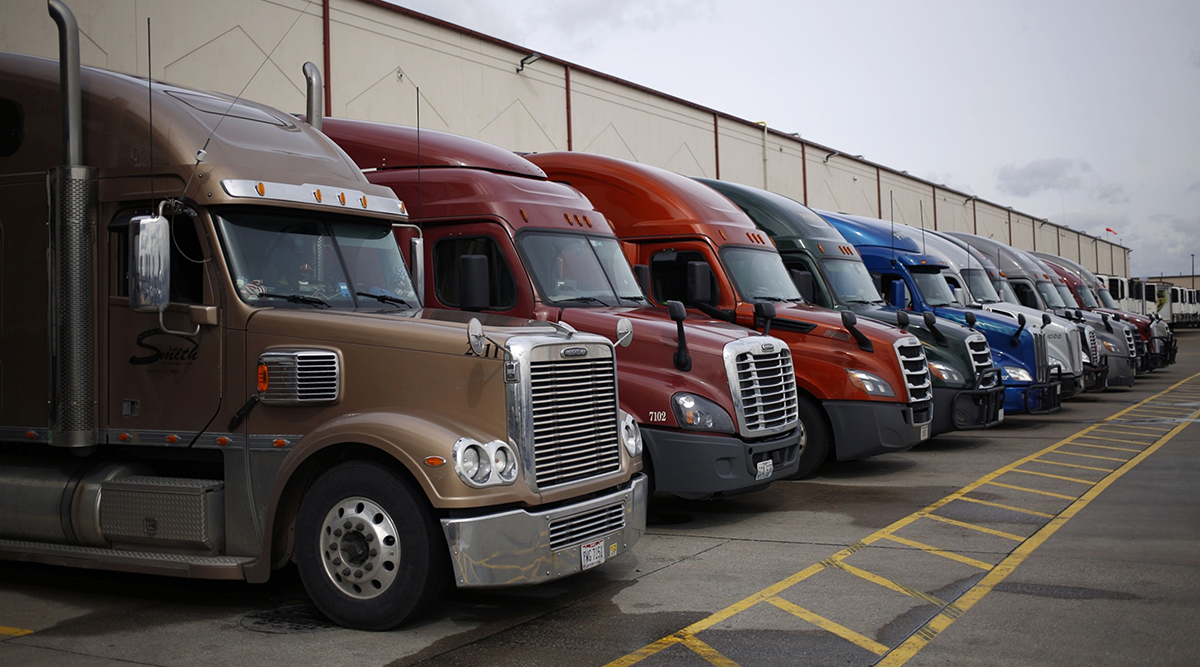 U.S. trucking is entering a tumultuous period that will likely reshape the $875 billion industry.

Shipping rates that spiked during disruptions caused by the pandemic have plummeted — some are now calling it a “freight recession” — as inventory gluts across the U.S. lowered demand. That has placed the sector at a disadvantage during annual contract negotiations now in full swing, but means retailers and other customers will benefit from lower transportation costs.

There’s also a shakeout among the brokers who match trucking companies with loads that need to be shipped. Silicon Valley entered the fray a few years ago and digitized what had been a transaction done with phone calls and paper. Large and established brokers have also bolstered their technology, leaving the 17,000 smaller firms that haven’t evolved vulnerable.

“There’s going to be consolidation,” said Brett Suma, CEO of Loadsmith, a startup founded in 2019 that’s projected to generate sales of $130 million this year and turn a profit.

When Suma started his career in the trucking industry a couple of decades ago, his job was to open up packets of paperwork delivered by courier to log the deliveries made by drivers for Knight-Swift Transportation Holdings Inc. Now the company he runs is trying to eliminate all that paper.

Meanwhile, uncertainty reigns. Retailers still have too much inventory, a result of consumers pulling back from apparel and other goods after splurging last year. The U.S. might also be heading into a recession, which would put more pressure on spot market truckload rates that are down 40% from a year ago, according to KeyBanc Capital Markets.

Contracted freight tonnage that’s seasonally adjusted fell 2.3% in October from September, the largest decline since the beginning of the pandemic, according to American Trucking Associations. Contract freight rose 2.8% in October when compared with a year ago, the lowest gain since April, ATA said.

The brokerage battlefield is pitting legacy brokers, such as C.H. Robinson Worldwide Inc. and RXO Inc. that are expanding automated systems, against digitally native newcomers, such as Uber Technologies Inc.’s freight unit and Convoy Inc. Large trucking companies, including J.B. Hunt Transport Services Inc. and Werner Enterprises Inc., are adding more competition by building out their own digital brokerages. 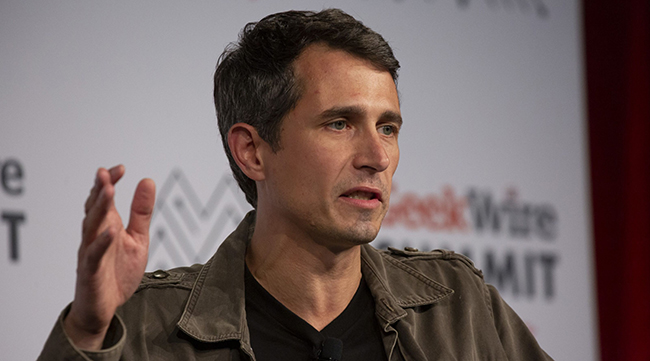 The race to become the leading digital platform includes Werner’s $113 million acquisition this month of ReedTMS Logistics, a Tampa, Fla.-based freight broker with $372 million in annual revenue. That came after Uber Freight’s purchase of Transplace last year for $2.25 billion.

Most brokers are asset-light, which means they don’t own trucks. Instead, they shepherd freight from origin to destination by playing matchmaker between shippers and truckers. Brokers build capacity in this fragmented industry by signing up as many of the 2 million U.S. freighters as they can. These carriers are mostly small, with half of them being just one-truck operations. Less than 6,000 carriers own more than 100 trucks.

The automation technology removes labor by providing a computer application for truckers to find freight and accept the price for hauling it. There’s still a lot of paperwork used in the industry. But services, including Transflo, are bridging the transition by allowing drivers to scan trip documents at truck stop kiosks to digitalize the paperwork for fleet operators.

Uber Freight and Convoy have gobbled up market share, but struggled to make a profit. Convoy, which raised $260 million in April led by Baillie Gifford is still investing in its technology and capturing market share, CEO Dan Lewis said in an interview. 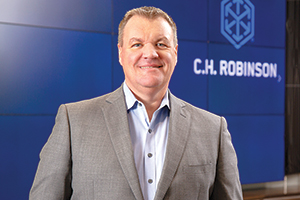 Bob Biesterfeld, CEO of C.H. Robinson, has been through several dips in the freight market and is responding by planning to cut costs by $175 million — mostly through personnel reductions — to preserve profit while also boosting spending on automation. C.H. Robinson projects the freight downturn will pressure its operating margins, but expects to come out stronger when the cycle eventually turns positive, he said.

“We want to drive profitable market share growth and deliver strong shareholder returns through the cycle,” Biesterfeld said in an interview.

RXO, the digital freight broker spun out from XPO Logistics Inc., expects to make money during the downturn and pick up new business, according to CEO Drew Wilkerson. The company brought on Yoav Amiel, a former Uber exec, from XPO to supercharge its automation technology.

The digital startups that have scooped up customers have done so mostly by offering lower prices, which isn’t a new tactic in the industry, Wilkerson said. In the end, it’s still a relationship business because shippers depend on brokers to deliver their freight on time.

“If a customer lets you in on price, they’re going throw you out on price as well,” Wilkerson said.

Suma projects Loadsmith will generate $8 million of earnings before interest, taxes, depreciation and amortization this year and plans to fund expansion with its own cash. The company expects sales growth to slow down next year amid the downturn in freight demand. The company also will pursue an acquisition at the end of next year or beginning of 2024 to catch the upswing in the freight cycle.

“We look at ’23 as a year where we implement a bunch of new technology,” Suma said. “Then we come out of the gate swinging in ’24.”

C.H. Robinson ranks No. 1 on the Transport Topics Top 100 list of the largest logistics companies in North America. J.B. Hunt ranks No. 5, and XPO ranks No. 6.

— With assistance from Richard Clough.