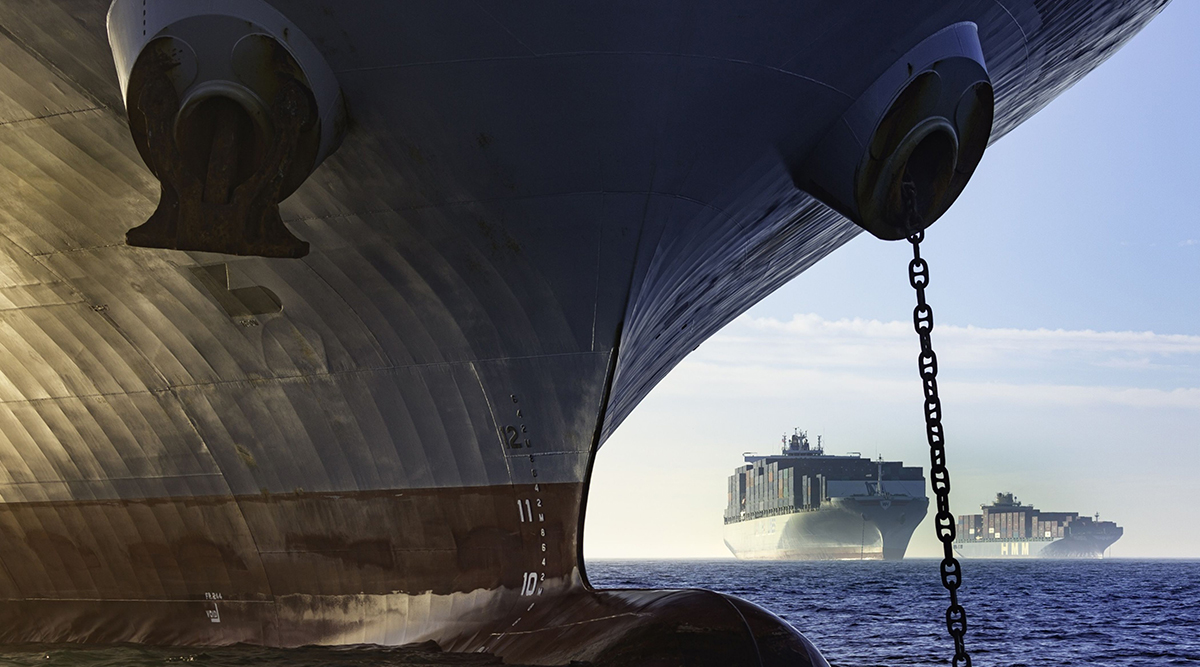 Container ships at anchor outside the Port of Los Angeles. (Tim Rue/Bloomberg News)

A host of shipping insurers altered their policies for 2023 to exclude claims linked to Russia’s war in Ukraine, a further sign of the industry’s growing concerns about losses stemming from the conflict.

At least 12 of the 13 organizations within the International Group of P&I Clubs — the main insurer of risks such as collisions and spills — have changed their policies to exclude claims stemming from Russia’s invasion of Ukraine in recent days. The 13 clubs are mutuals, owned by the shipping companies whose fleets they cover.

Insurance is a critical part of merchant trade and without it some owners and companies hiring vessels may be more wary of going to Russia or Ukraine.

The amended terms apply to what are known in the industry as nonmutual, or fixed premium, war-risk policies — from which a higher-than-expected level of claims can’t be recovered from a club’s members at a later date.

The shift is the latest indication that a broad-based pullback by reinsurers from covering claims linked to the war is impacting cover for vessels serving Russia and Ukraine, though some key policies remain in place. Earlier in December, some of the world’s largest reinsurers warned that they would stop underwriting risks linked to the war.

These adjustments to cover are a consequence of those reinsurers’ decisions.

“Due to the impact of losses from the Russian/Ukrainian situation affecting the availability of global insurance and reinsurance capacity, the Club’s reinsurers are no longer able to secure reinsurance for war risk exposure to Russian, Ukrainian or Belarus territorial risks,” UK P&I, one of the International Group’s 13 members, wrote in a notice of cancellation to its clients.

“Reinsurers have advised the club that as a consequence they will no longer be able to support the club for this exposure,” it added.

In contrast, big oil tankers, for which spillage claims can run into the billions of dollars, tend to be covered under poolable policies, in which large losses are eventually made up by higher premiums across members. Cover for poolable policies remains in place.

The new exclusions also largely withdraw war-related cover taken out by the charterers or commodity traders who hire vessels. Those liabilities can include loss and damage to the vessel as well as collision, pollution, salvage and fines.

It means that if a ship is misdirected to an unsafe port, then the firm that hired it mightn’t be insured if something went wrong.

White House Considering Ban on Russian Oil Imports to US