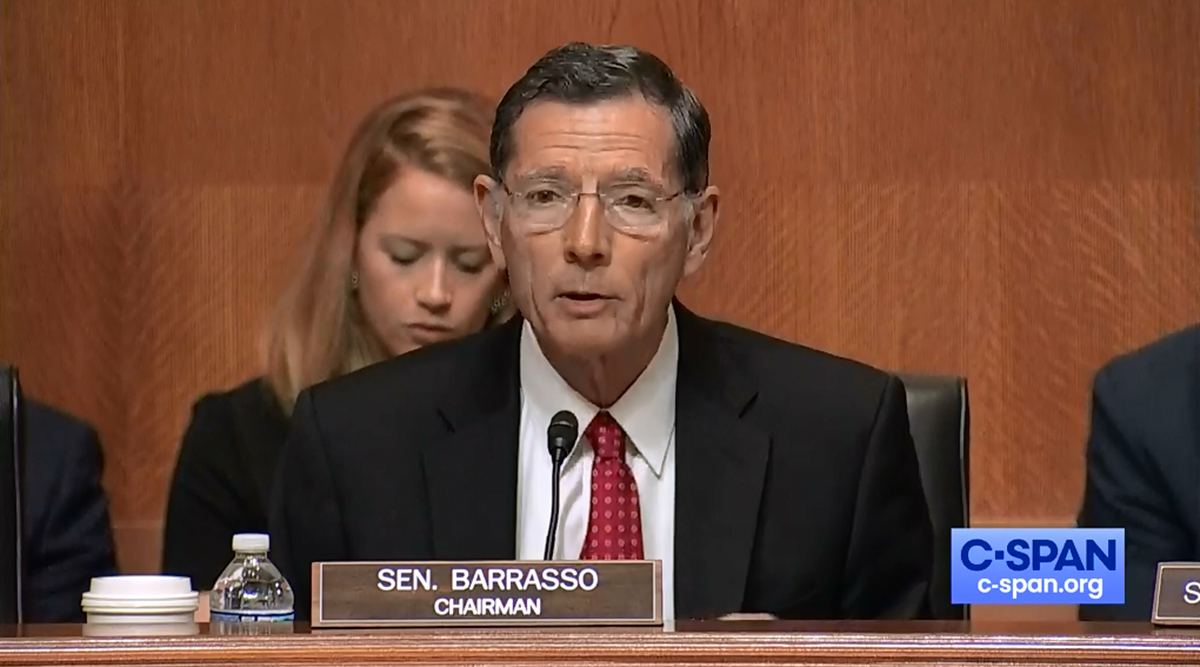 “It is our shared goal to advance a bill out of committee this summer. Our roads and bridges are in need of a serious investment," Sen. John Barrasso. D-Wyo., told senior transportation officials. (C-SPAN)

WASHINGTON — The first version of what could become the country’s next major highway policy bill will be unveiled in the Senate prior to Congress’ recess in August, surface transportation policymakers announced July 10.

Details regarding the upcoming legislation’s proposals have not been announced. The committee’s leadership also left funding questions about the legislation to the congressional tax-writing panels.

The funding authority for a highway account that is backed by dwindling revenue from the federal fuel tax is rolled into the massive highway bill.

“It is our shared goal to advance a bill out of committee this summer,” committee Chairman John Barrasso (R-Wyo.) told senior transportation officials from around the country at a hearing about the upcoming legislation. “Our roads and bridges are in need of a serious investment. … If we do not pass a long-term surface transportation bill, and instead pass a series of short-term extensions, we will undermine our states’ abilities to plan for these challenges.”

“The idea is to get it done by that time, and there’s a great spirit of cooperation here. The hard part is, actually as you heard here, how do we pay for this,” Delaware Sen. Tom Carper, the panel’s top Democrat, told reporters after the hearing.

“What we need to do is to put out a good bill that addresses a bunch of the concerns that others talked about and sets the stage for the work that needs to be done in the Finance committee and Ways and Means committee,” Carper added.

Improving freight connectivity, the overall safety of travelers, guidelines for autonomous vehicle technology and access to transit systems are priorities policymakers have expressed an interest in pursuing. 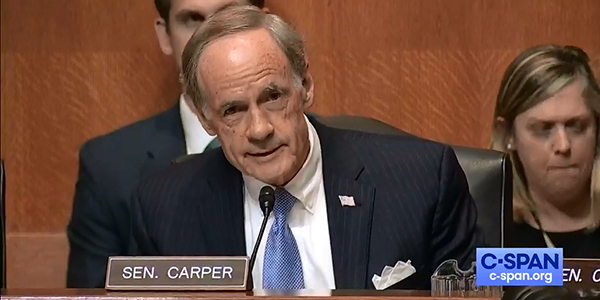 Delaware Sen. Tom Carper, the panel’s top Democrat, said the hardest part of the highway bill is figuring out how to pay for it. (C-SPAN)

For Barrasso, streamlining the environmental permitting process is an area he intends to promote. As he put it, “By cutting Washington red tape, highway projects can get done better, faster, cheaper and smarter.”

“In our legislation, we must reduce the time it takes for federal permitting, we need to lower paperwork burdens on states, and we need to incorporate innovative construction approaches and other technologies,” the chairman added.

For Carper and his Democratic colleagues, the next highway bill would need to enhance infrastructure projects’ ability to remain functional after severe storms or floods.

“Smart planning and targeted investments in the resiliency of our nation’s infrastructure will ensure that roadways can better withstand these worsening effects of climate change,” Carper said. “This will save American taxpayers untold billions by allowing us to avoid rebuilding the same infrastructure projects again and again after severe weather events.”

A House committee has not scheduled consideration of its version of the highway policy bill. 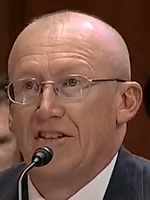 Various industry stakeholders have urged highway policy authorizers to finalize a multiyear highway bill prior to the FAST Act’s expiration in 2020. They also advocate for the long-term solvency of the federal Highway Trust Fund account.

Groups such as the U.S. Chamber of Commerce have endorsed increasing the federal fuel tax to bolster the fund. Revenue from the federal 24.4 cents-per-gallon diesel tax and 18.4 cents-per-gallon gas tax set in 1993 is insufficient to assist states with construction and maintenance projects in the coming years.

At the hearing, Wyoming Department of Transportation Director Luke Reiner recommended senators guarantee robust funding for rural corridors and minimize regulation deemed burdensome in the project delivery process. He also emphasized benefits from having a federal multiyear highway bill. “This is essential for states to be able to effectively deliver the program,” Reiner said. 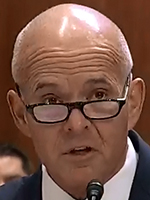 “I think it’s remarkable that EPW is doing a markup so early,” Braceras told Transport Topics. “I don’t know if I’ve seen this so far. So I’m really encouraged.”

Last month, Transportation Secretary Elaine Chao expounded the potential benefits states could realize from a federal multiyear highway measure. Speaking at the Heritage Foundation, Chao said: “State and local governments, you know, if they know they’re going to have this money for five years rather than six months, they can actually plan for the future. So a longer-term horizon is better.”

While congressional authorizers toiled on the next highway bill, President Donald Trump and House Speaker Nancy Pelosi announced in May their negotiations on a $2 trillion infrastructure measure had collapsed.