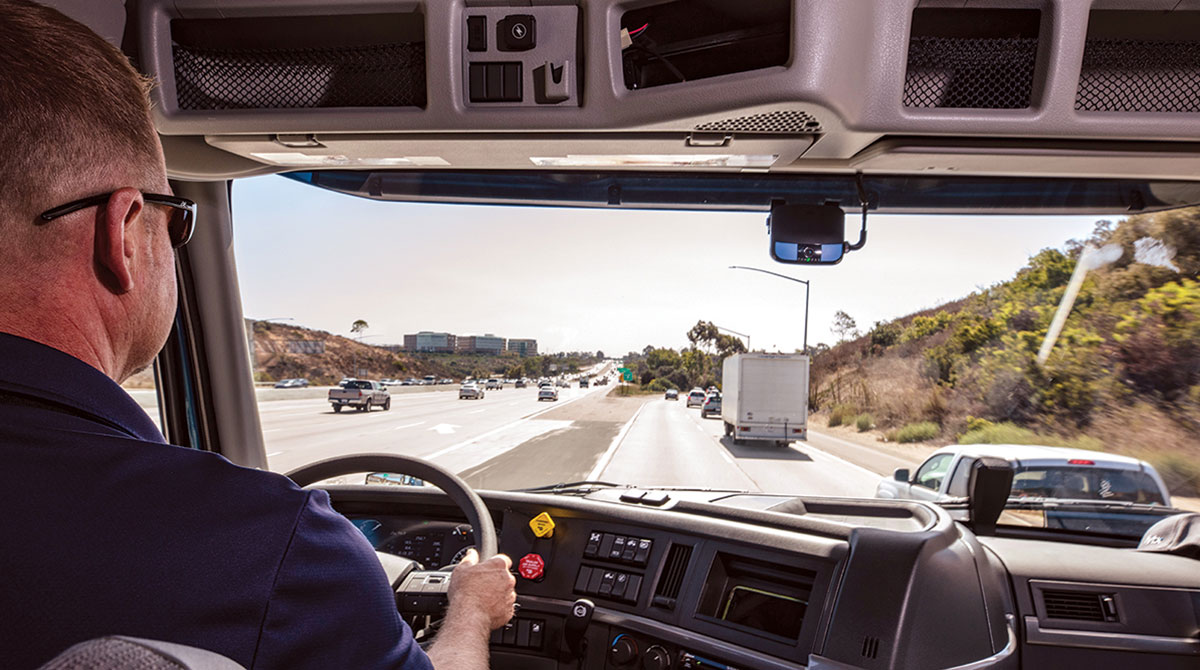 The most popular technology among carriers was road-facing cameras. (Lytx)

Motor carriers can offset the rising cost of insurance premiums by continuously improving their overall safety practices and expanding use of smart technology, a new report said.

According to data included in “The Impact of Rising Insurance Costs on the Trucking Industry,” released Feb. 17 by the American Transportation Research Institute, the rate of insurance cost hikes from 2009 to 2018 “far exceeds” the nominal rate increase in truck-involved crashes, even though annual premiums factor in past crash history.

Carriers operating in the Northeast paid the highest insurance premiums, while those in the Midwest paid the lowest. The Southeast region of the country reported the largest increase compared to other areas.

Rate increases also were tied to economic conditions in the insurance industry, such as a 50% jump from 2015 to 2019 in incurred losses for insurers of commercial vehicles. ATRI found that loss ratios were higher in states with more truck registrations being more prone to litigation, such as Texas.

The report noted that the financial impact litigation can have on insurance companies is passed along to motor carriers.

“External factors that go well beyond carrier safety force commercial trucking insurance costs to increase, which then requires carriers to redesign their business strategies,” said Dale Porfilio, chief insurance officer of the Insurance Information Institute. “The higher premiums ultimately tend to be passed along to consumers in the form of higher prices for goods and services. ATRI’s study corroborates the Triple-I’s research on rising insurance costs and social inflation — that increased litigation and other factors dramatically raise insurers’ claim payouts.”

ATRI said litigation payouts averaged between $406,386 and $449,792 for small verdicts and settlements in the trucking industry. In fact, lawsuit-related factors — rather than truck crashes — had a statistically significant impact on payment amounts, especially in highly litigious states such as California, Michigan, New Jersey and North Carolina, where the average lawsuit payment was 50% higher than the national average.

Instead, ATRI advised motor carriers to look beyond insurance costs and consider all safety-related matters, indirect costs and expenses — including driver hiring and training, safety technology investments and litigation liability — in assessing their total cost of risk.

“This comprehensive approach enables carriers to organize costs more effectively for the long-term by emphasizing the impacts that all cost centers have on safety and the relationships between them,” the report stated.

A trend within the last three years among 92% of carriers surveyed was adoption of safety technology. The most popular technology was road-facing cameras, which ATRI called “a strategic tool for insurers, carriers and drivers as they provide irrefutable safety documentation, thus lowering claims and defense costs.”

According to the Insurance Institute for Highway Safety (IIHS), drivers of large trucks can help prevent crashes through the use of safety technologies, including blind-spot detection, forward-collision warning/mitigation, electronic stability control and lane-departure warning. A combination of these technologies could prevent or mitigate 28% (107,000) of all police-reported crashes annually involving large trucks, IIHS stated.