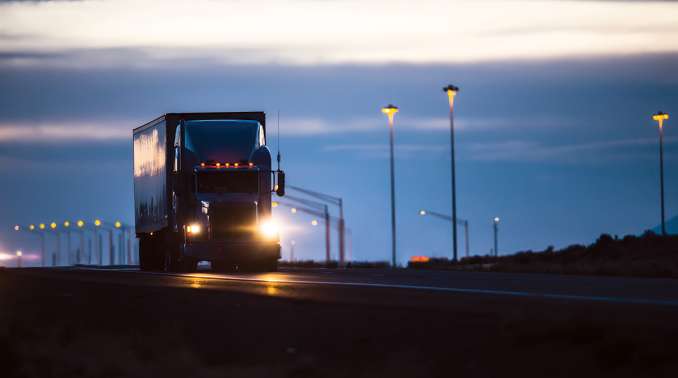 A group of safety organizations and the International Brotherhood of Teamsters have filed a petition for the Federal Motor Carrier Safety Administration to reconsider the final rule on changes to hours-of-service regulations soon to take effect.

The petition, dated June 30, was filed by the Advocates for Highway and Auto Safety, the International Brotherhood of Teamsters, the Truck Safety Coalition, Citizens for Reliable and Safe Highways and Parents Against Tired Truckers.

FMCSA’s final rule, announced by Transportation Secretary Elaine Chao and FMCSA Acting Administrator Jim Mullen on May 14, includes four revisions that pertain to issues truckers have voiced concerns about, such as the 30-minute rest break and splitting up time in the sleeper berth. The final rule takes effect Sept. 29.

“What we’re asking for is a delay in the effective date of the rule until the agency has an opportunity to review our petition in full,” Peter Kurdock, general counsel for Advocates for Highway and Auto Safety, told Transport Topics. “From our comments during the rulemaking process, there’s a great concern that the changes that FMCSA made to the hours-of-service rules in this final rule are going to increase fatigue at a time when truck crashes continue to go up, and that’s a real concern for us as a safety organization.”

Fatalities in crashes involving at least one large truck are projected to have increased by 1% in 2019, while overall traffic fatalities are projected to see a decline, according to National Highway Traffic Safety Administration estimates. NHTSA released preliminary figures for the Fatality Analysis Reporting System data for 2019 on May 5.

Specifically, FMCSA’s final rule will allow more flexibility for the 30-minute rest break rule by requiring a break after eight hours of consecutive driving and allowing the break to be satisfied by a driver using “on-duty, not driving” status, rather than “off-duty” status.

The rule also will modify the split sleeper berth exception to allow drivers to divide their required 10 hours off duty into two periods: an 8/2 hour split or a 7/3 hour split. Neither period would count against the driver’s 14-hour driving window.

Additionally, the rule modifies the adverse driving conditions exception by extending by two hours the maximum window during which driving is permitted.

The final revision involves changing the shorthaul exception available to certain drivers by lengthening the drivers’ maximum on-duty period from 12 to 14 hours and extending the distance limit within which the driver may operate from 100 air miles to 150 air miles.

Kurdock said the petitioners have concerns about all four of the provisions that have been revised.

“We certainly have issues with each one of them,” Kurdock said. “I don’t think one stands out above the rest.”

Safety groups and the International Brotherhood of Teamsters are not the only organizations to express concern about the final rule’s potential to impact safety.

In a joint statement, Rep. Nita Lowey (D-N.Y.), chairwoman of the House Appropriations Committee, and Rep. David Price (D-N.C.), chairman of the House Transportation, Housing and Urban Development and Related Agencies subcommittee, said the final rule could jeopardize the safety of truckers and the traveling public due to potential for greater fatigue.

The final rule is based on a proposed rulemaking that was announced Aug. 14, 2019. FMCSA officials waded through 8,000 public comments, gathered both online and through in-person meetings, as they formed the final rule.

“We have full faith that the agency will give [the petition] a thorough and appropriate review,” Kurdock said.