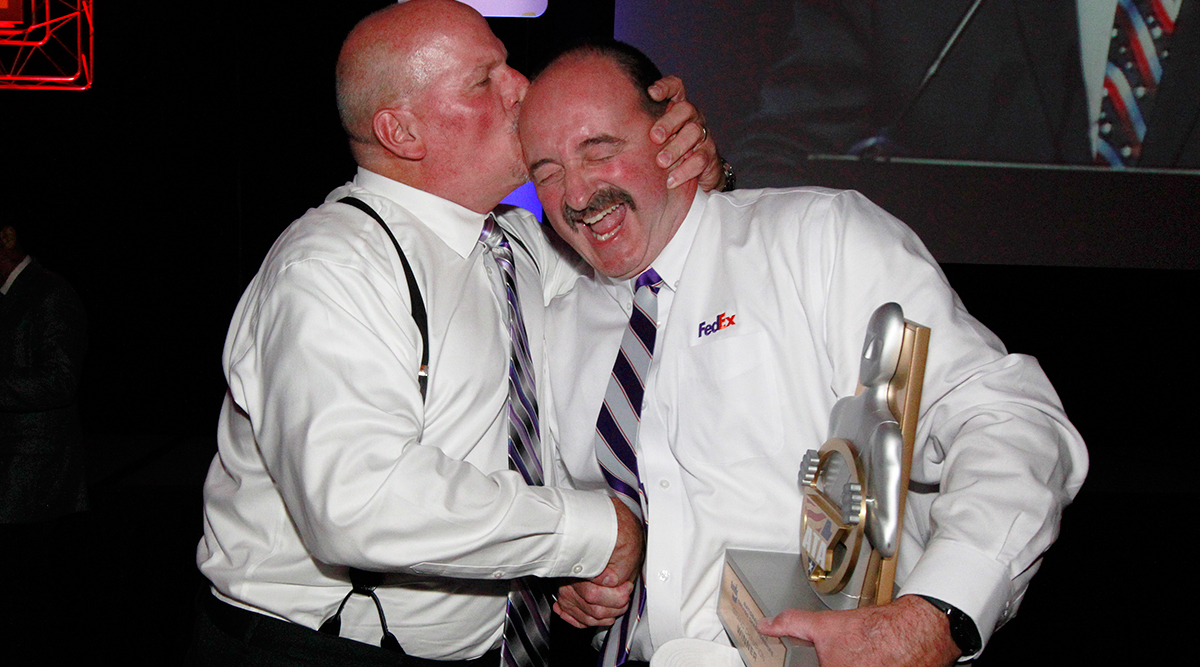 ORLANDO, Fla. — When Roland Bolduc heard that the winner of this year’s National Truck Driving Championships was from Massachusetts, his jaw almost dropped to the floor. 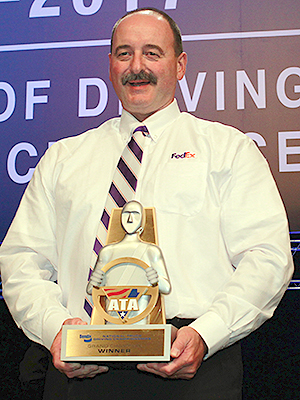 Bolduc had just been named the winner of the sleeper berth class at the awards banquet after three days of competition. And, a few minutes later, he heard his name again. After hugging his family, the FedEx Express driver from East Longmeadow rushed to the stage to be greeted by a standing ovation.

The roomful of competitors, family members and industry dignitaries loudly cheered their best in show Aug. 12. In his speech, trucking’s newest top driver emphasized the industry’s highest priority as he stood tall to address his comrades at this culmination of the “Super Bowl of Safety.”

“We gotta stay safe, and we gotta keep safety as a frame of mind. That’s rule No. 1. And we all know it and we all get it,” he said, while stressing the value of teamwork.

After his speech, he explained to Transport Topics the pretrip portion of the competition had been challenging, and he was humbled to face off against highly experienced drivers in his class. FedEx Freight’s Heladio Fernandez and Wal-Mart’s Rick Pledger finished second and third, respectively, behind Bolduc in the sleeper berth division.

“I honestly didn’t think I had something as prestigious as this. I was honored to be in first place,” Bolduc said. “Like I said, very humbling to have this.”

With nearly 2 million safe-driving miles, Bolduc has been in trucking for almost four decades. A FedEx Express driver for 23 years, he was an America’s Road Team Captain in 2000.

Champions from each of the nine vehicle classes also were announced. Joining Bolduc on the list of national champions are (click links to go to photos of winners):