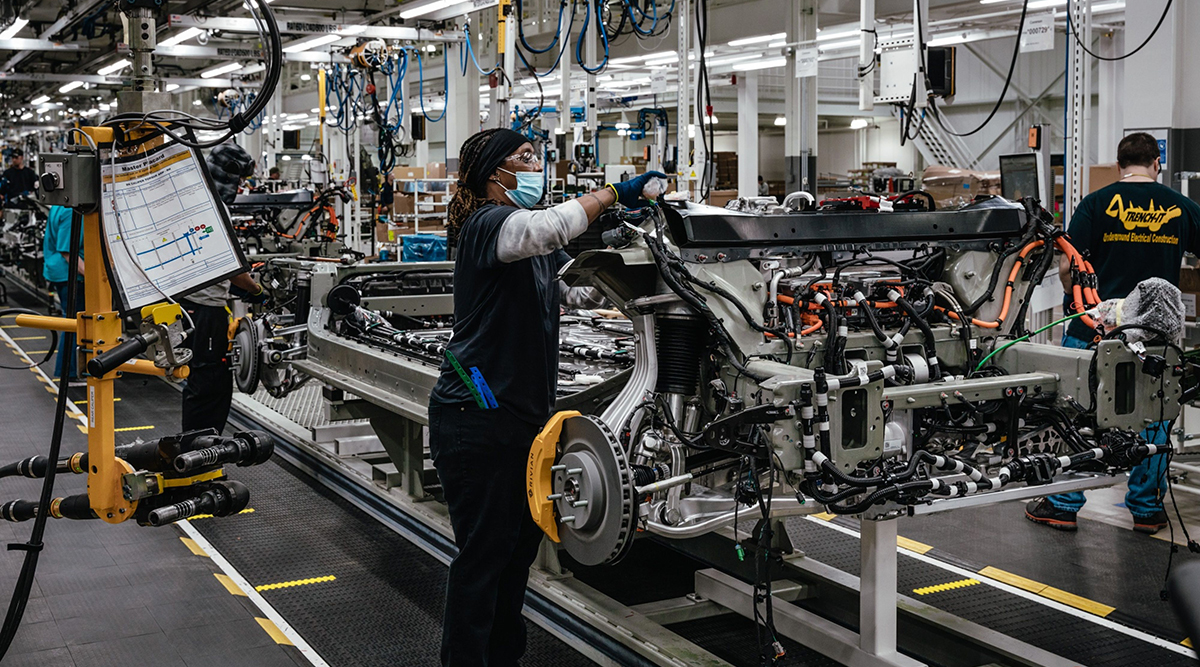 At least a dozen employees at Rivian Automotive Inc. have accused the electric vehicle maker of safety violations at its Illinois plant, according to complaints filed with federal regulators.

The complaints allege the company ignored known hazards and deprioritized safety resources, leaving some workers to share respirators needed during the manufacturing process. They also detail a range of injuries, including a crushed hand, a broken foot, a sliced ear and broken ribs. One Rivian employee said management fished damaged electrical cables out of the garbage and told employees to use them.

Together, the filings depict an automaker that cut corners as it scaled rapidly to keep pace in the competitive electric vehicle space. Some employees described safety protocols that faded as production pressures grew on its trademark plug-in pickup truck.

“There’s a certain level of danger involved in manufacturing,” Don Jackson, one of the employees who filed a complaint, said in an interview. “But I was expecting safety to be a little more prioritized.”

In statements to Bloomberg News, a Rivian spokesperson disputed workers’ allegations but declined to comment on specific complaints, citing employee privacy. The spokesperson said the dozen complainants represent just 0.2% of the 6,700 employees at the plant.

“Creating a safe and inspiring environment is a daily practice we expect of every Rivian employee and is part of our operating procedures,” the company said in an emailed statement, adding: “We are not aware of any manager directing employees to share respirators.”

The allegations were filed over the past two months with the U.S. Occupational Safety and Health Administration and are directed at the automaker’s only operational plant, in Normal, Ill. All 12 employees, one of whom has since left Rivian, filed their complaints in coordination with the United Auto Workers union, which has been trying to organize Rivian plant workers over the past year. The UAW shared the filings with Bloomberg News.

Several of the complaints describe hazards that did not result in injury, but that employees feared would.

Jackson, who joined the company in March, said in his complaint that “trucks frequently veer into pedestrian aisles” and bulldoze racks in a manner that could cause them to accidentally strike people. 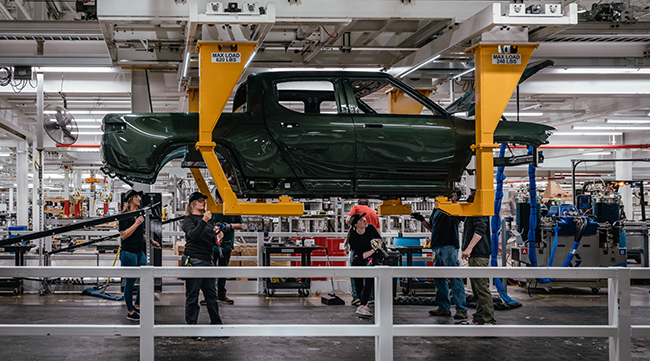 A Rivian pickup truck is suspended as employees work on the vehicle. (Jamie Kelter Davis/Bloomberg News)

There have been “many near misses” with powered industrial vehicles nearly hitting people, wrote Kailey Harvey, another employee. Sensors meant to display whether trucks were correctly locked in place sometimes give false readings because they aren’t calibrated to the height of the vehicles, she wrote.

“At first, it was really great,” Harvey, a former UAW member who joined Rivian last year, said in an interview. “Slowly, as production kept climbing, the concern for safety dropped.”

In a short period of time, Irvine, Calif.-based Rivian has recruited an army of engineers, vehicle assembly technicians and factory floor managers from legacy automotive names like Ford Motor Co. and General Motors Co., mostly at its flagship plant in Normal, which is capable of building 150,000 electric vehicles a year. It’s also hired top talent from Tesla Inc. and Apple Inc. as part of a push to scale up and produce mass-market electric vehicles.

Rivian quickly emerged as a viable challenger in the EV market dominated by Tesla and a few legacy automakers, attracting keen interest from an A-list of Wall Street investors and strategic backers including Ford and Amazon.com Inc. The company’s initial public offering last November was the sixth-biggest in U.S. history. 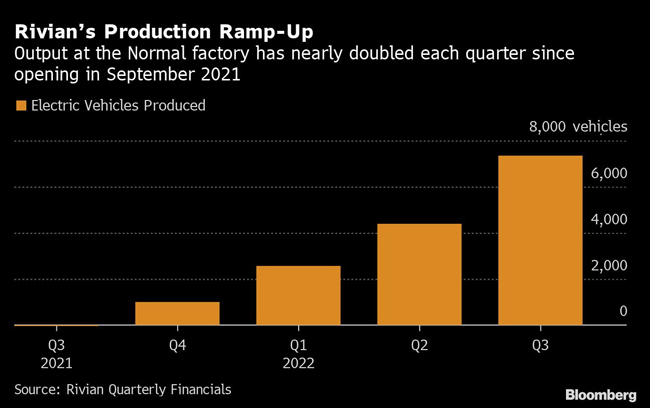 Rivian said data it compiles for OSHA shows it already outperforms its peers on health and safety. Its Total Recordable Incident Rate is 2.5 cases for every 200,000 hours worked, less than the industry average of 6.4 cases, according to the company. The data also show Rivian’s safety performance improving, with the incident rate dropping 44% since January, a spokesperson said. “Our proactive actions and activities are having a significantly positive impact on safety,” Rivian said.

OSHA currently has open investigations into seven complaints at the Normal plant, an agency spokesperson said. Previously, the regulator issued four “serious” citations against Rivian, including three from earlier this year that ended in settlements with the agency.

Rivian has spent millions of dollars on safety and has a team of more than 70 safety, health and environmental professionals, a spokesperson said, adding that the company conducts routine trainings and inspections.

In February, a battery-pack explosion caused a fire with 10-foot-high flames, according to the complaint from Harvey. “I witnessed a person pull the fire alarm and nothing happened,” she wrote. After evacuating, employees were told to walk back through the smoke for a head count. “People were coughing and at least one worker had an asthma attack while walking through the smoke,” she wrote, adding that since the fire “no drills or follow-up training have been held” for her shift about where to go in similar situations.

Rivian said that after that fire it developed a “comprehensive thermal event response plan.” The company spent $70,000 to acquire a sophisticated gas measurement device from Finland that could be used to assess air quality indoors after fires, a spokesperson said.