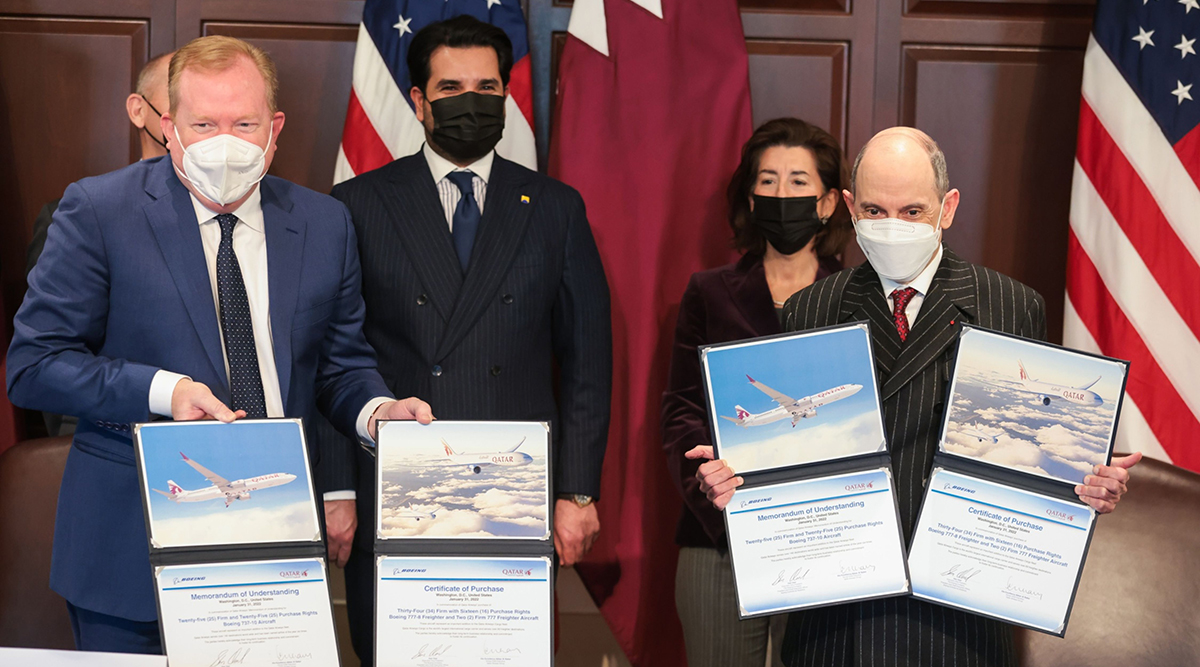 Boeing Co. formally launched its 777X freighter as Qatar Airways committed to purchasing up to 50 of the wide-body cargo haulers, kicking off sales of the planemaker’s first new jet program in nearly five years.

The deal includes a firm order for 34 of the 777-8 aircraft plus options for an additional 16 jets, the companies said Jan. 31 at a signing ceremony at the White House. Qatar also signed a commitment with Boeing to purchase 25 of the largest version of Boeing’s 737 Max narrowbody, they said.