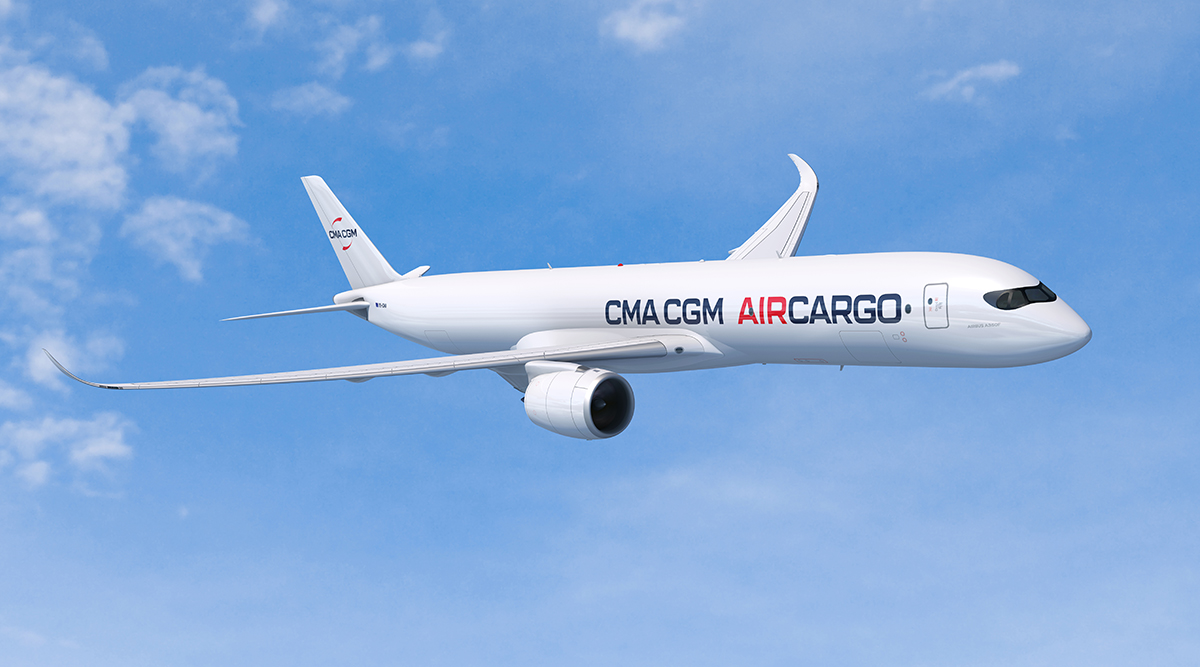 Computer rendering of an Airbus A350F. CMA CGM Group agreed to purchase four of the freighter aircraft from Airbus in November of 2021. (Airbus)

The air cargo business, booming as never before during the global pandemic, is massively dominated by Boeing jets that make up most of the worldwide air freighter fleet. Yet there is a threat to that dominance.

Boeing has been bleeding cash through a cascade of crises — the 737 MAX crashes, the pandemic, the 787 delivery halt — and has lost significant engineering talent in the downturn. Yet if Boeing is to retain its iron grip on the jet freighter market, it must in the next few years develop and launch new cargo aircraft.

The trigger is a new global aviation carbon emissions standard that just six years from now is set to force the shuttering of all three of Boeing’s current Everett, Wash.-built cargo jet programs — the 747F, 767F and 777F widebody freighters.

That’s an ominous prospect for the Everett site, where Boeing employs about 30,000 people.

Boeing’s jet freighters will soon be obsolete, providing an opening for Airbus. Here's what Boeing needs to do to keep its grip on the market. https://t.co/rMpi3fQZAZ — The Seattle Times (@seattletimes) January 31, 2022

With assembly of the 787 Dreamliner passenger jet moved to South Carolina, production of 747 passenger jets ended and just nine more of the current 777 passenger jets on order, today many thousands of workers inside the largest airplane factory in the world build mostly those freighter aircraft.

The new CO2 emissions standard agreed internationally in 2017 gave airplane manufacturers 10 years after which they can build only jets powered by the newest-generation, most fuel-efficient engines. The 737 MAX and the 787 meet the standard, as will the forthcoming 777X; Boeing’s older planes do not.

For more than two years, Boeing has pushed for a waiver to keep producing at least the 767F a bit longer. That’s not assured.

The new standard is set to stop new deliveries of the current big 777F widebody freighter at the end of 2027, and unless Boeing succeeds in getting that extension, that’s also the end date for the midsize 767F.

By then the 747 jumbo freighter will already be long gone, with Boeing’s iconic jet program scheduled to finally shut down later this year. With just six of the giant 747-8F models left to deliver, Boeing is set to hand over the last one to cargo carrier Atlas Air in October.

The threat to Boeing’s cargo dominance comes at a time when orders for air cargo jets have exploded, driven by consumers ordering items online that need fast shipping. 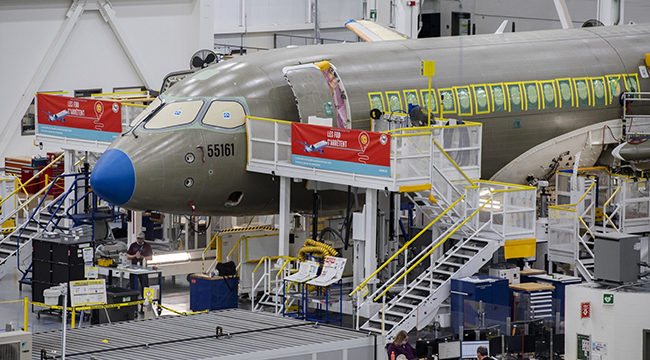 An Airbus A220 at the Airbus Canada LP assembly and finishing site in Mirabel, Quebec, Canada, on Nov. 17, 2021. (Graham Hughes/Bloomberg News)

To take advantage of the moment, Airbus in November at the Dubai Air Show launched the all carbon-composite A350F, a new freighter version of its newest big widebody passenger jet.

Steve Rimmer, Issaquah, Wash.-based CEO of airplane lessor Altavair, who has bought, sold and leased many jet freighters over more than 40 years, said the pending emissions standard will force a complete revamp of the air cargo market.

“You effectively have the entire Boeing freighter product line impacted,” said Rimmer, in an interview. “Boeing has a firm foothold in the existing freight market. There’s no doubt in my mind that the A350F is a huge challenge to that.”

Crawford Hamilton, head of freighter marketing at Airbus, certainly sees a huge opportunity in the drop-dead date for production of the current lineup of Boeing freighters.

“Everybody’s going to have to do something new,” Hamilton said in an interview. “It puts us on the most level playing field we’ve ever had.”

Boeing has said its initial gambit to retain the market will be replacing the 777F with a freighter version of its forthcoming new large widebody passenger jet, the 777X. But the initial passenger model of that airplane is seriously delayed and the freighter model, known as the 777FX, will enter service even later.

Executives say if it’s necessary to maintain their market, they may also eventually launch a freighter version of the 787 Dreamliner.

Over the past three years Boeing has fallen well behind Airbus in orders and deliveries of passenger airliners, yet remains for now the king of the airfreight world.

Of the more than 2,000 commercial freighter aircraft flying today worldwide — planes that have played an outsized role in delivering goods during the pandemic — more than 90% are Boeing jets.

The coronavirus pandemic has slashed the number of international flights by passenger planes, which typically carried large amounts of freight in their cargo holds. And global supply chain problems have also drastically slowed marine shipping, the main channel for international trade of goods.

Meanwhile, express home delivery of packages within days of ordering has grown rapidly in the pandemic. Amazon is flying a large fleet of widebody cargo planes — used Boeing 767 passenger planes converted to freighters — and as the supply of used 767 passenger jets tightens it is now looking for used Airbus A330s to convert.

Bjorn Fehrm, a France-based analyst with aviation consultancy Leeham.net who has done a detailed technical comparison of the proposed new Airbus and Boeing freighters, said prices and profits for airfreight carriers have risen so much that “today you can fly an (Airbus) A330 passenger plane half empty and still make money on the freight carried below the passenger floor.”

IATA Director General Willie Walsh said that should continue this year. “Economic conditions do point toward a strong 2022,” he said.