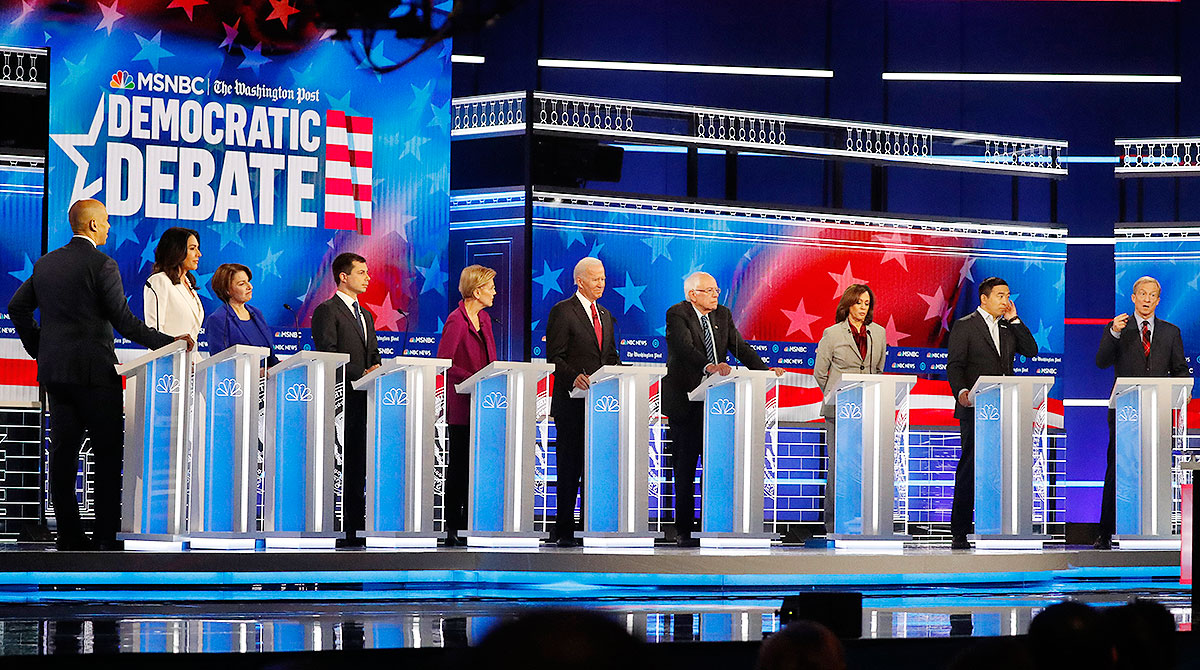 A group of transportation and manufacturing associations will host a forum for presidential candidates to discuss infrastructure issues.

On President’s Day Weekend 2020, United For Infrastructure and partners will host #MovingAmericaForward, a bipartisan forum for presidential candidates to address their plans for infrastructure, jobs and the economy. Learn more: https://t.co/3SVE24AdLq #infrastructure pic.twitter.com/xlGj5oBDr6

“For too long, serious infrastructure policy has been left on the back burner of many candidates’ agendas,” Association of Equipment Manufacturers President Dennis Slater said. “This forum will give candidates the opportunity to share what they think is needed to address our nation’s infrastructure opportunities with American voters at a critical time in the election year. We need their best ideas to help drive America toward a more modernized infrastructure that will benefit equipment manufacturers and our 1.3 million men and women, U.S. farmers and the broader national economy.”

Discussion of infrastructure largely has been absent from the presidential debates. The sixth and final debate is scheduled for Dec. 19 at UCLA.

The nation earned a D+ on ASCE’s infrastructure report card, issued in 2017. The group estimates that America faces a $2 trillion funding gap for infrastructure needs. ASCE has determined that, from 2016 to 2025, each household will lose $3,400 each year in disposable income due to infrastructure deficiencies.

After months of advocacy by ASCE members and staff, Congress has repealed a $7.6 billion rescission from the Highway Trust Fund! Had the rescission gone through, states would have lost valuable resources for much-needed infrastructure investment.https://t.co/W057t398nJ

Despite pleas for bipartisanship from lawmakers and trade association leaders during Infrastructure Week in mid-May, any prospect of a federal infrastructure package seems to have vanished, at least for 2019. Talks between President Donald Trump and congressional leaders dissolved. Many lawmakers have shifted their attention to the upcoming presidential election, rather than the Highway Trust Fund expiration date, which precedes it by just a few weeks.

Presidential candidate Joe Biden recently released an infrastructure plan that calls for $1.3 trillion in investment over 10 years. Biden plans to spend $50 billion over the first year of his presidency to repair roads, highways and bridges. Another component of Biden’s plan is the research and adoption of energy-efficient vehicles.

“We look forward to having the candidates address how America will rebuild and expand our infrastructure and hearing their vision for improving and increasing public transportation under their administration,” American Public Transportation Association President Paul Skoutelas said.