Pandemic Likely to Cut Thanksgiving Driving in Half 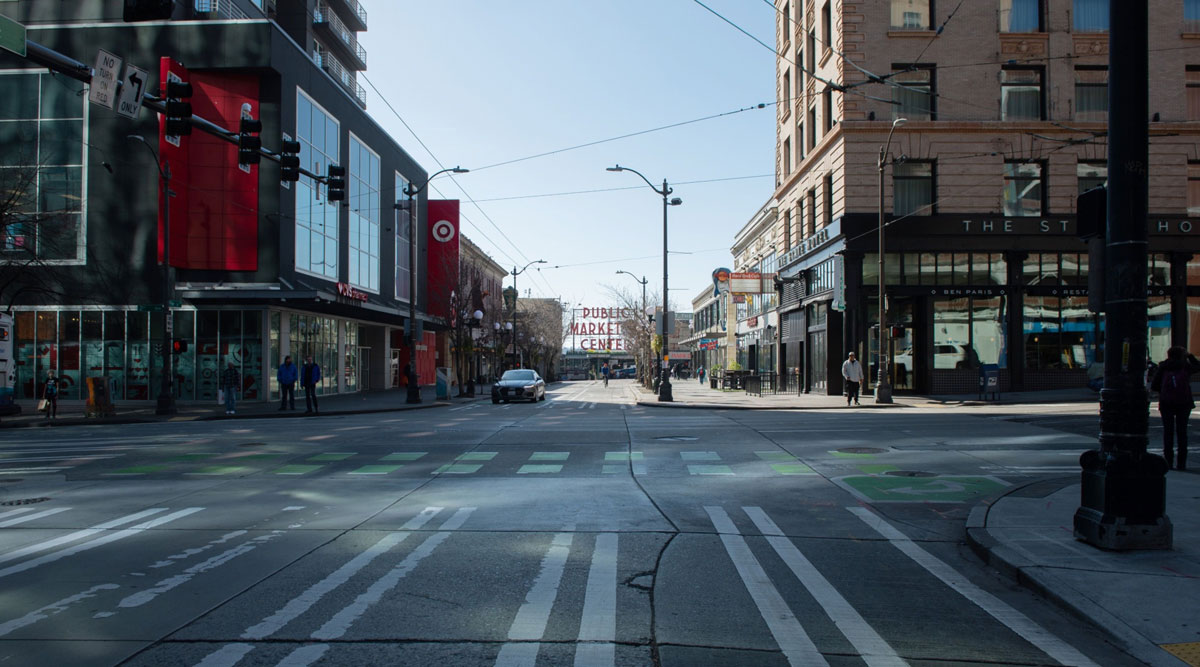 A vehicle waits at a traffic signal light on a near empty road in Seattle on March 18. (Chona Kasinger/Bloomberg News)

Vaccines are on the horizon but won’t be available soon enough to make the holidays normal again.

With virus cases surging, hospitals filling up and more U.S. states imposing restrictions, Americans are likely to drive a lot less this Thanksgiving. Only 35% will travel by car this year, down from 65% a year ago, according to survey from retail fuel tracker GasBuddy.

“Survey results show continued anxiety from motorists even with the lowest Thanksgiving gas prices in years, highlighting the challenges we’re facing in this pandemic,” said Patrick DeHaan, head of petroleum analysis for GasBuddy. 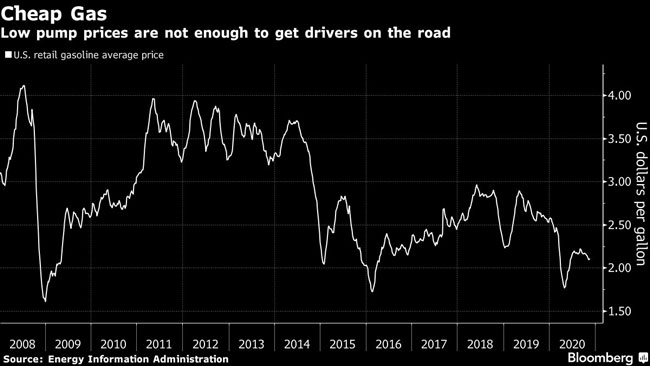 The survey underscores how much consumer patterns have changed this year and is especially relevant to an oil industry that has been clobbered by an unprecedented drop in demand. Government supply data released Nov. 18 shows gasoline stockpiles at the highest level for this time of year in almost three decades. At the same time, the national average pump price next week is projected to be $2.17 per gallon, the lowest Thanksgiving price in four years, according to GasBuddy.

Gasoline demand hasn’t increased since the end of summer. Last week, demand as reflected by product supplied was about 900,000 barrels a day below where it was at the same time last year, according to the U.S. Energy Information Administration. That’s the equivalent of taking about 1.5 million Ford F-150s off the road.

The cut in Thanksgiving travel will hurt most in large cities with coronavirus spikes where people have been advised to stay away from each other, DeHaan said. Rural areas will reflect stronger holiday demand than cities, he said.

He also predicted shorter trips this year with about 28% of survey respondents saying they would travel less than 3 hours. Half of those responding to the same survey said they were not sure how far they would travel.