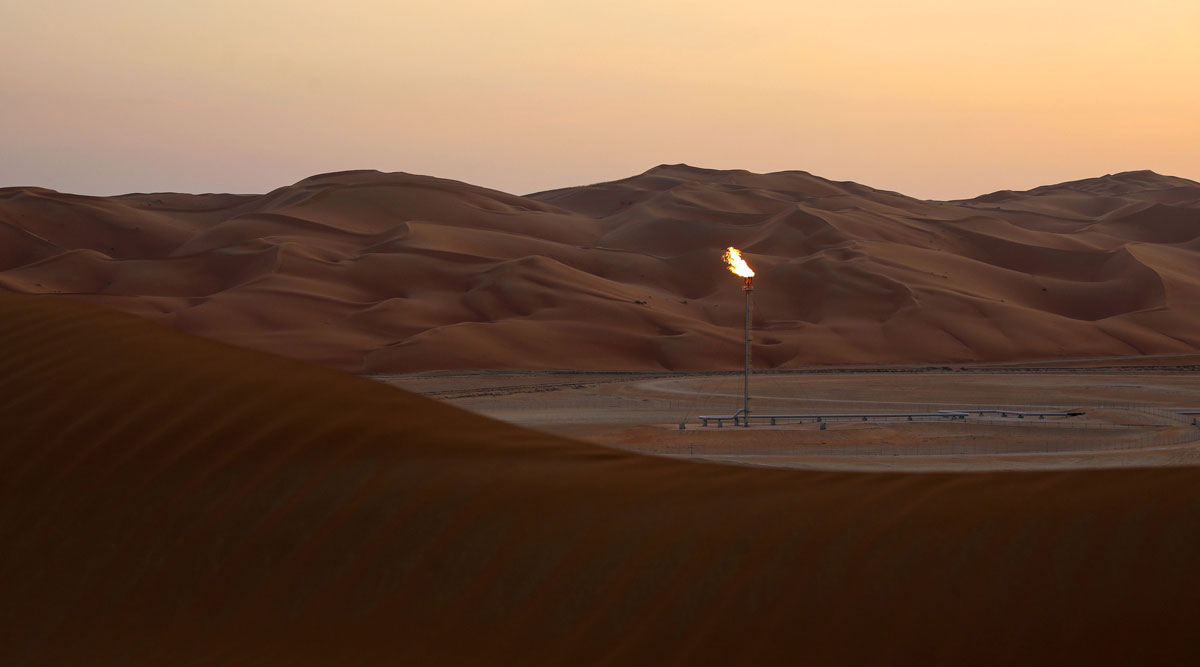 OPEC slashed oil production to the lowest level since the Gulf War in 1991, as it escalated efforts to revive global markets just as a resurgence of the coronavirus is threatening demand again.

Saudi Arabia faithfully delivered the extra curbs promised in June, and the laggards, though still trailing in implementing the cuts, stepped up their performance, according to a Bloomberg survey. OPEC and its partners’ record output cuts since May have helped revive the oil market, but a recent surge of COVID-19 infections in countries including the U.S. is highlighting the fragility of the revival.

The Organization of Petroleum Exporting Countries cut production by 1.93 million barrels a day to 22.69 million a day last month, according to the survey. That’s the lowest since May 1991, though membership changes since then affect the comparison.

The survey is based on information from officials, ship-tracking data and estimates from consultants including Rystad Energy A/S, Rapidan Energy Group, JBC Energy GmbH and Kpler SAS.

The intervention by OPEC+, the coalition that spans the cartel plus outsiders such as Russia, has helped more than double benchmark Brent crude from the lows of April, when the virus outbreak is estimated to have taken out about a third of global demand. Prices were above $41 a barrel on Wednesday.

Yet the pullback in the group’s output to the lowest in almost three decades illustrates the scale of the sacrifice involved. OPEC+ pledged 9.7 million barrels a day of cuts at a meeting in April — about 10% of global supplies — and some of its Middle East members then promised to voluntarily cut even deeper in June.

Saudi Arabia, the group’s biggest member, cut back by 1.13 million barrels a day to 7.53 million in June, fully implementing its additional voluntary reduction. Fellow Persian Gulf exporters Kuwait and the United Arab Emirates met their OPEC-mandated targets, but fulfilled only a small part of the extra curbs. 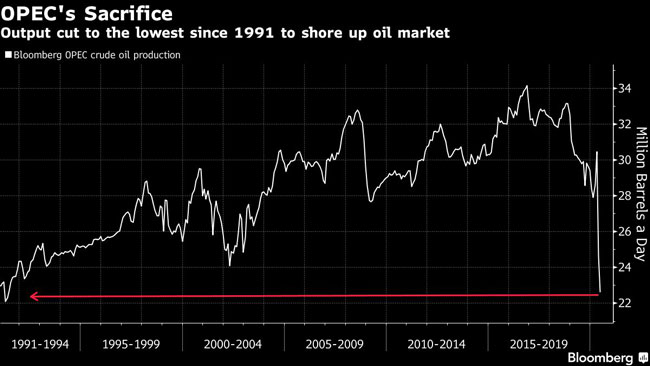 Overall, OPEC delivered all of the reduction pledged in the April agreement, though rates of compliance vary significantly between members.

While Iraq, Nigeria and Angola are still lagging behind, their performances improved last month. Iraq implemented 70% of its quota, Nigeria 77% and Angola 83%. At a meeting in early June, the countries agreed to make up for earlier cheating by making extra curbs in the coming months.

Compliance from countries outside OPEC has been stronger than usual, as the scale of the demand collapse and risk of a renewed price decline encourage adherence. Russia pumped close to its target for a second month, and Kazakhstan was on track to hit its quota.

The slump in OPEC’s output also reflects the long-term decline in several members — most notably Venezuela.

While exempt from having to make deliberate cuts, Caracas is nonetheless seeing output dwindle as U.S. sanctions and prolonged economic recession slam its petroleum industry. It pumped just 340,000 barrels a day last month, the survey showed.