Oil Trades Below $50 After US Supply Glut Erases OPEC's Gains 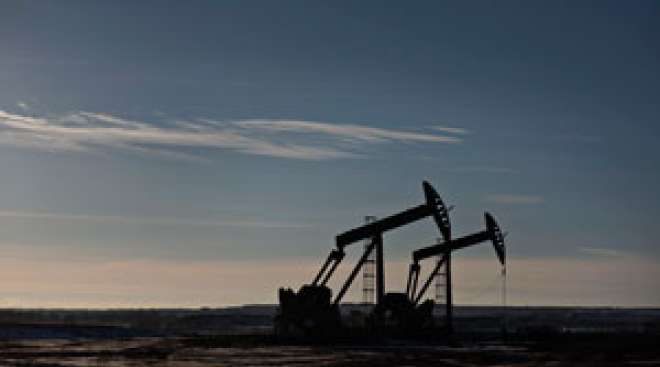 West Texas Intermediate crude traded below $50 a barrel after surging U.S. supplies wiped out gains in the three months since OPEC’s decision to cut output.

Futures rebounded as much as 1.7% in New York, paring a slump of 7.6% in the past four sessions. While signs of a continuing supply glut pushed prices March 9 to the lowest since Nov. 29 — the day before OPEC agreed to curb supplies — a weaker dollar helped boost prices March 10 after the 235,000 increase last month in U.S. jobs.

Oil had fluctuated above $50 a barrel after the Organization of Petroleum Exporting Countries and 11 other nations started trimming supply for six months starting Jan. 1. Saudi Arabian Oil Minister Khalid Al-Falih said this week global inventories are falling slower than expected, opening the door to extending an output-cut deal. Unseasonably warm weather may have helped boost U.S. payrolls in February, coupled with a surge in economic optimism during President Trump’s first full month in office.

"We’re seeing signs of a correction," Gene McGillian, manager of market research for Tradition Energy in Stamford, Connecticut, said by telephone. "The break of the band yesterday is a sign that the market was overbought. I’m not sure whether it was the lack of U.S. inventory drop because of the cuts or the lack of a clear sign out of Houston that they will extend the cuts, which triggered the drop."

Brent crude for May settlement advanced 18 cents to $52.37 a barrel on the London-based ICE Futures Europe exchange. Prices dropped 1.7% to $52.19 on March 9, the lowest close since Nov. 30. The global benchmark crude traded at a $2.33 premium to May WTI.

U.S. crude stockpiles have expanded to a record for four straight weeks, and output has surged to the highest level in more than a year, government data showed March 8.

Inventories rose by 8.2 million barrels last week to 528.4 million, the highest level in weekly data compiled by the Energy Information Administration since 1982. Output advanced for a third week to 9.09 million barrels a day, the most since February 2016.

• Oil production in the Permian shale, which extends from West Texas into southeast New Mexico, will rise by 600,000 to 700,000 barrels a day in the year through December and “a lot of that” will be exported, Mike Loya, the head of Vitol in the Americas, said in an interview in Houston.

• Implied volatility is climbing, typically an indicator that investors believe prices are set to fall and risk perception is worsening.