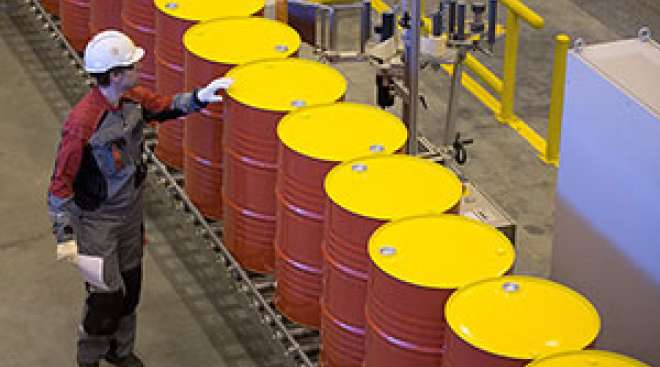 The oil market is risking a supply crunch as producers cut spending on major projects to focus on short-term low-cost shale output in the United States, some of the top crude and products traders said.

“We are sowing the seeds for potential instability in the future and more volatility,” Jaeggi said. In three to four years, “you won’t be able to satisfy demand with short-cycle barrels.”

After jumping 20% in the weeks after the decision by OPEC and 11 allies to curtail output to end a three-year surplus, prices have slipped as U.S. shale producers fill the gap. Oil companies are reviving investment after a two-year rout, easing but not eliminating the risk of a future supply crunch, the International Energy Agency said earlier in March.

Mike Muller, vice president of crude oil trading and supply at Shell International Trading and Shipping, said that with current and future prices depressed, spending decisions on major projects have been delayed.

“You can count them on one hand,” Muller said of the major long-lead oil project investment decisions made in 2016.

Investment will increase this year after back-to-back declines of about 25% slashed global investment to $433 billion in 2016, according to the IEA, which advises most of the world’s biggest economies on energy policy. U.S. producers are leading the spending revival and will contribute most of the growth in supplies outside OPEC through to 2022, the agency said.

Ben Luckock, co-head of group market risk and former head of crude trading at Trafigura Group Ltd., said the most viable short-cycle shale projects are garnering the bulk of production funding instead of major long-term projects. That could create a shortfall by 2020.

“The low-hanging fruit on the short-cycle projects are being used now, so I am more in this camp that says we are starting to see potential issues three or four years down the track,” Luckock said.

James Foster, global commodities head at BP Oil International, however, said a looming supply crunch was not a certainty.

Rather than the wild swings of volatility that characterized oil markets in 2014 and 2015, if the price remains stable at current levels, “then people might be more willing to invest,” Foster said.

Regardless, booming shale production and the lifting of a ban on U.S. crude exports have opened up new markets, flows and opportunities for traders.

While the bulk of early crude shipments from the United States went to Europe, demand has shifted and many recent cargoes have been sent to Asia, Trafigura’s Luckock said.

“This is the new release valve for the global oil market,” he said of U.S. crude exports. “It shifts where the greater demand is.”