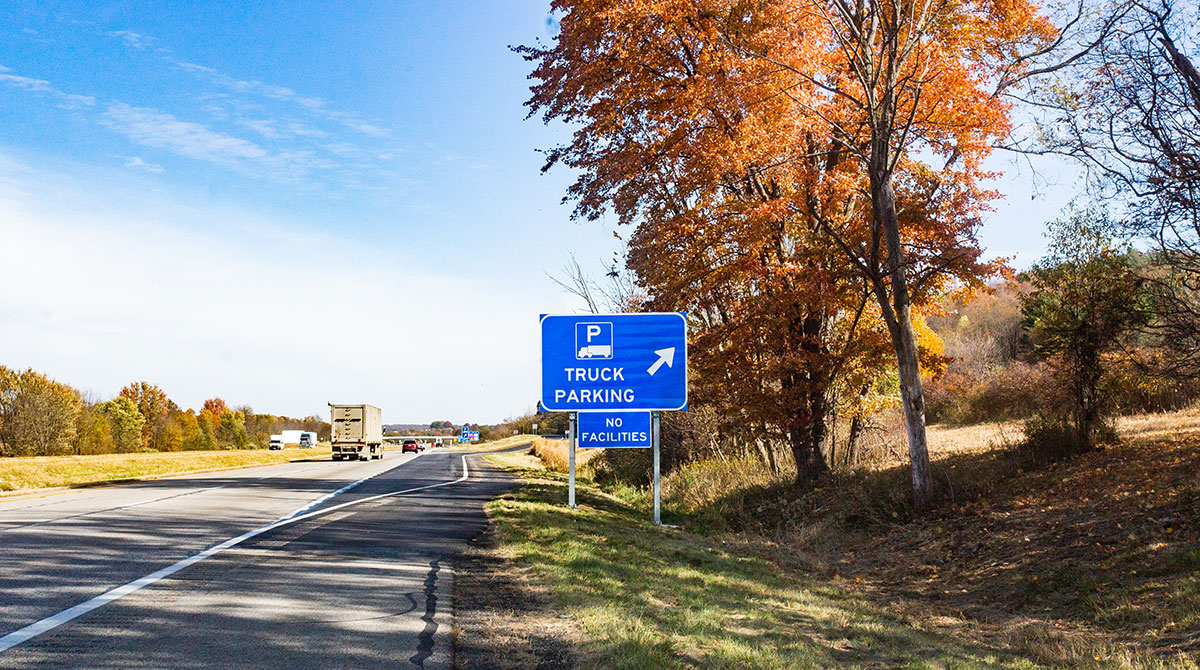 To address a shortage of spaces, Ohio is converting more than a dozen weigh stations into truck parking lots and modernizing rest areas.

“We know that truck parking is in short supply. Given the increases we continue to see in truck traffic, demand continues to climb,” noted Matt Bruning, press secretary for the central office of Ohio Department of Transportation. “Shortages continue to be concentrated along our major freight corridors like I-70, I-71 and I-75.”

Interstates 70 and 75 are among the heaviest truck routes in the state and have higher average daily traffic rates (15,000 trucks) driving along those routes compared to the 10,500 average daily number of trucks driving on Ohio’s other interstates.

ODOT’s 2019 state freight plan describes I-71 as the state’s backbone for trucking freight because it links the state’s largest cities of Cincinnati, Cleveland and Columbus.

ODOT has an aggressive timeline to increase the state’s 14,200-plus truck parking locations, of which 19% (more than 2,700 parking spaces) are at public facilities and 81% at private sector areas.

Nearly  three-quarters of the public and private truck parking spaces in Ohio are in rural areas. About 80% of the truck traffic on Ohio’s network of rural interstate roadways is from five-axle, semi-tractor trailers.

“At each site, we’re adding about 18 dedicated truck parking spots. Trucks often also use the exit and entrance ramp shoulders for parking, though these are not marked spots. There will be no facilities at these sites. They are just truck parking locations,” he added. 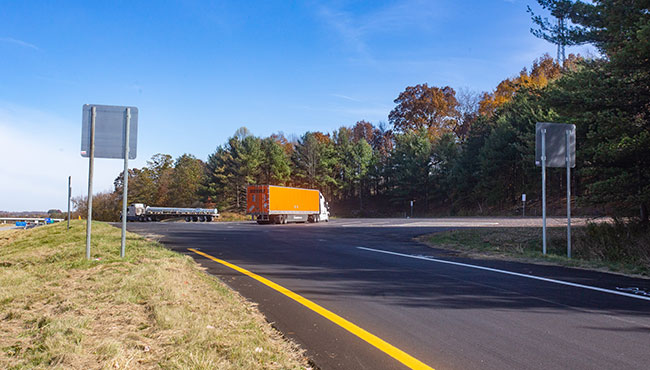 A truck pulls into a parking area. (Lauren Borell/Ohio Department of Transportation)

According to ODOT, truck volumes total 937 million tons, of which intrastate shipping accounts for about 66% (617 million tons) with the remaining being freight passing through Ohio. Primary east-west flow-through routes are I-70 and the Ohio Turnpike, while I-75 is a top north-south freight route.

Next year ODOT plans to tackle three weigh stations at I-71 in Clinton County, I-75 in Wood County and U.S. Route 23 in Ross County.

“In addition to this effort, ODOT is undergoing a statewide rest area modernization project. This consists of rebuilding of 28 rest areas across the state over the next seven years. Truck parking is being evaluated for each these of these sites,” Bruning said.

Last March, ODOT released its truck parking study that identified weigh stations for potential conversions to truck parking sites. The top recommendation of the study was to identify a truck parking champion to implement medium- and long-term actions and oversee the creation of a formal ODOT truck parking program.