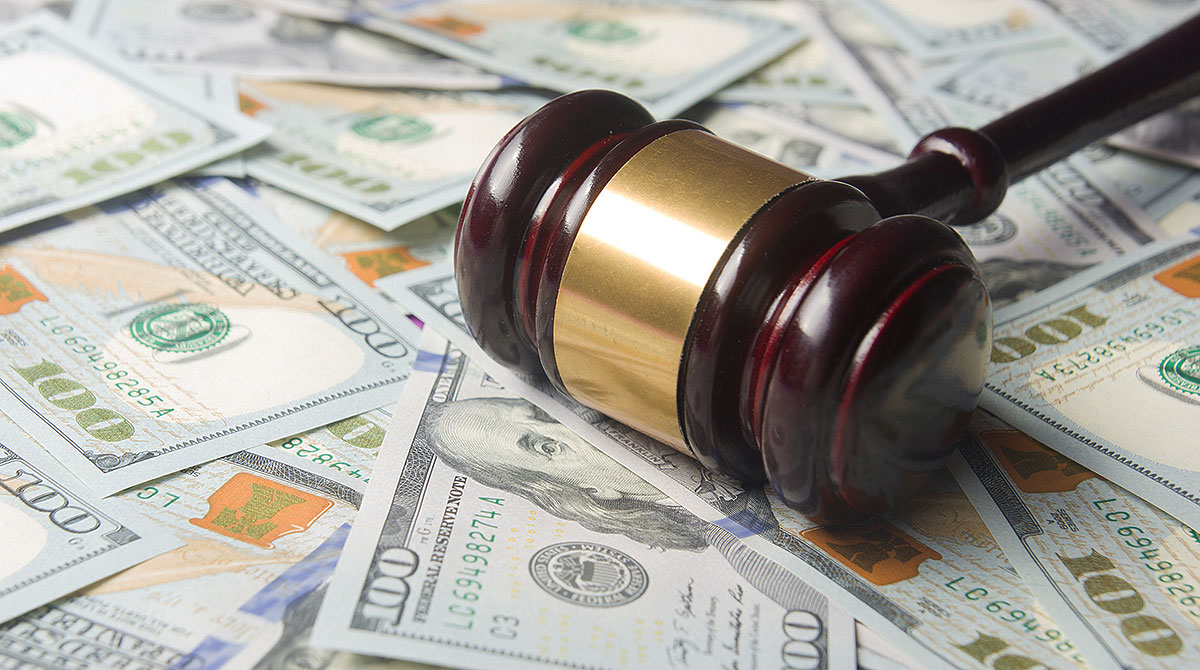 In the past five years there were nearly 300 court cases resulting in jury verdicts over $1 million against trucking fleets, according to a new American Transportation Research Institute analysis made public on June 23.

The 80-page report, “Understanding the Impact of Nuclear Verdicts on the Trucking Industry,” was the result of comprehensive research into large and so-called “nuclear verdicts’’ from 2006-2019.

It confirmed what many truckers are seeing anecdotally: Large verdicts against motor carriers are increasing dramatically both in number and size.

“This issue has had a stifling impact on motor carriers and industry stakeholders — well beyond those involved in a truck crash,” said Rob Moseley, founding partner with Moseley Marcinak Law Group LLP of Greenville, S.C. “ATRI’s research on litigation provides important guidance on leveling the playing field between truckers and trial lawyers, both in and outside of the courtroom.”

ATRI surveyed and interviewed dozens of defense and plaintiff attorneys as well as insurance and motor carrier experts, and generated a qualitative analysis for why the litigation landscape has changed, recommendations for modifying pretrial preparations, litigation strategies and mediation approaches, and how large verdict awards impact both safety and insurance.

ATRI concluded that two primary factors impact the size of a verdict: crashes and litigation.

Crash factors include important aspects of the crash, such as injuries sustained, number of cars involved and the number of deaths involved, the study said. Litigation factors include the presence of expert witnesses, for example.

“Five particular factors brought against a defendant yielded 100% verdicts in favor of the plaintiff. These issues included hours-of-service or log book violations, lack of a clean driving history, driving under the influence of controlled substances, fleeing the scene of the crash and health-related issues.”

ATRI’s data analysis also confirmed that the type of injury, number and type of parties involved, and even vehicle types, have a statistically significant impact on verdicts. For example, when children were involved in a crash, verdict sizes increased more than 1,600%, regardless of fault.

The largest nuclear verdict cited against a trucking company came from a truck-involved crash in Alabama in 2016. A driver for a scrap metal company was charged with five counts of criminally negligent homicide after falling asleep at the wheel, crossing a two-lane highway and causing a crash that killed five people, including two children.

“While some aspects of the case were settled out of court, the deaths of a grandmother and two of her grandchildren were settled in a Georgia court, where the motor carrier was located,” the study said. “The driver, and by extension, the motor carrier, was found liable and ordered to pay $280 million.”

ATRI Understanding the Impa... by Transport Topics on Scribd

ATRI also concluded that while all fleets now pay more, insurance premiums definitively are based on safety records.

“One respondent specified that ‘low-risk’ motor carriers are experiencing 8% to 10% increases in insurance costs, while new ventures and average-to-marginal carriers are experiencing a 35% to 40% annual increase — a trend that has occurred for three consecutive years,” the study said. “Based on ATRI’s operational cost data, small fleets and owner-operators pay out-of-pocket considerably more on a per-unit basis than larger fleets.”

“This study documents a frequency in excessive awards that, while not surprising, tells us that the trial system has gotten completely off track,” said Clay Porter, partner at the law firm of Porter Rennie Woodard Kendall, based in Cincinnati. “Foundational changes are needed in the way we determine non-economic and punitive damages.”