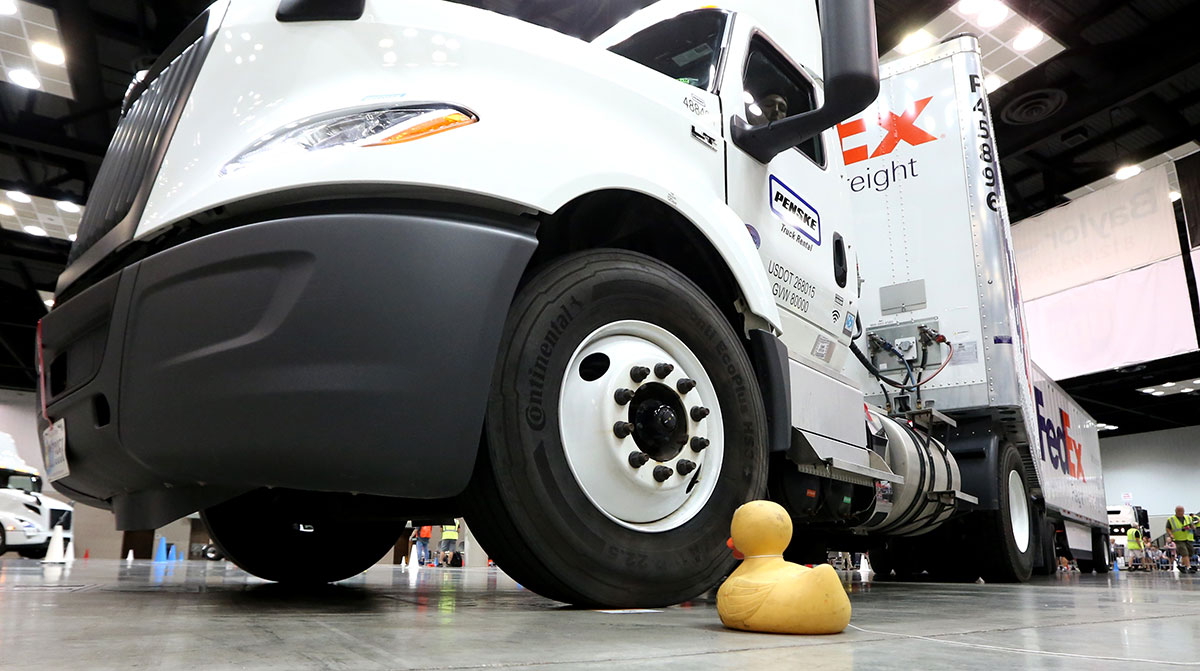 Drivers' skills are put to the test on the obstacle course at Indiana Convention Center as part of the National Truck Driving Championships . (John Sommers II for Transport Topics)

INDIANAPOLIS — The intricate course at the National Truck Driving & Step Van Driving Championships is pushing competitors to perform at a high level.

The task of maneuvering their vehicles along sharp angles to avoid obstacles is proving challenging for the more than 400 drivers.

They are competing on the safety course and conducting their pre-trip vehicle inspections Aug. 17-18. 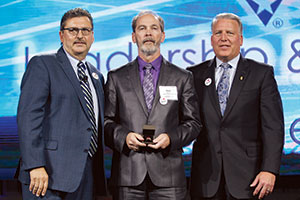 “It’s a pretty tough course, but you got to really get your angles right and everything. It was not one of my better runs, but we’ll wait and see how it shakes out at the end. I think I did good on the test and pre-trip, and that’s really where I’m strong,” Indiana’s Mike White of Walmart, competing in the sleeper berth class, said Aug. 17. The tournament’s written exam was held Aug. 16.

Specifically, White explained he had difficulty with aspects of the course he felt he had misread.

“The rest of it was pretty good,” he said.

White is testing his skills in a division that includes fellow former national grand champions, as well as drivers who won top honors in their state tournaments. Reflecting on the sleeper berth class, he said, “You win this class and you’ve done something. So, there’s a lot of big hitters. And it doesn’t matter how many big hitters you have in a class. Your rookies are just as strong and a lot of times, anybody, if it’s your day it’s your day.

“It doesn’t matter how much experience you have. At the nationals, anyone can win this at any given time. So, you may see it today.”

For White, the tournament’s grand champion in 2016, returning to NTDC after its two-year hiatus due to the pandemic has been rewarding.

“I missed it. I missed it a lot,” he said. “So, it’s good to be back and meet some of your old friends and talk to some of the people that you haven’t seen in a while.”

He added, “Most of these drivers I only see them either at the nationals or at states. But you still remember them, and you still have things in common and stuff. So, it’s nice. It’s very nice. I’m glad it’s back.” 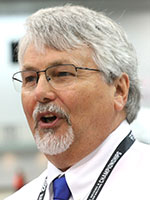 For Walmart’s Kerry Jenkins, driving in a 5-axle, the course proved challenging.

Based in New Hampshire, he is marking his fifth trip to nationals. And as far as returning to the tournament after its two-year pause, “It’s good to be back. I love coming to these things. It’s such great people to be around, and I just enjoy it.

“Whether I do well or not, I just have a great time. My favorite part is coming to see friends that I’ve made in the five years I’ve been doing it and make new friends. The camaraderie here is just great.” 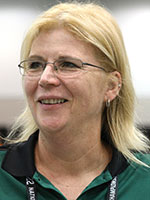 “I don’t know; I’m not real sure. I’m not real confident on any of it, really. But, it’s OK,” she said, when asked to assess her performance. “It’s intimidating, you know. It’s a lot.”

Pressed about returning to nationals after the tournament’s hiatus, she pointed to the rookies and familiar faces in the field, adding, “It’s great to be back. I’m so glad to be back. It’s almost like we’re back to normal.”