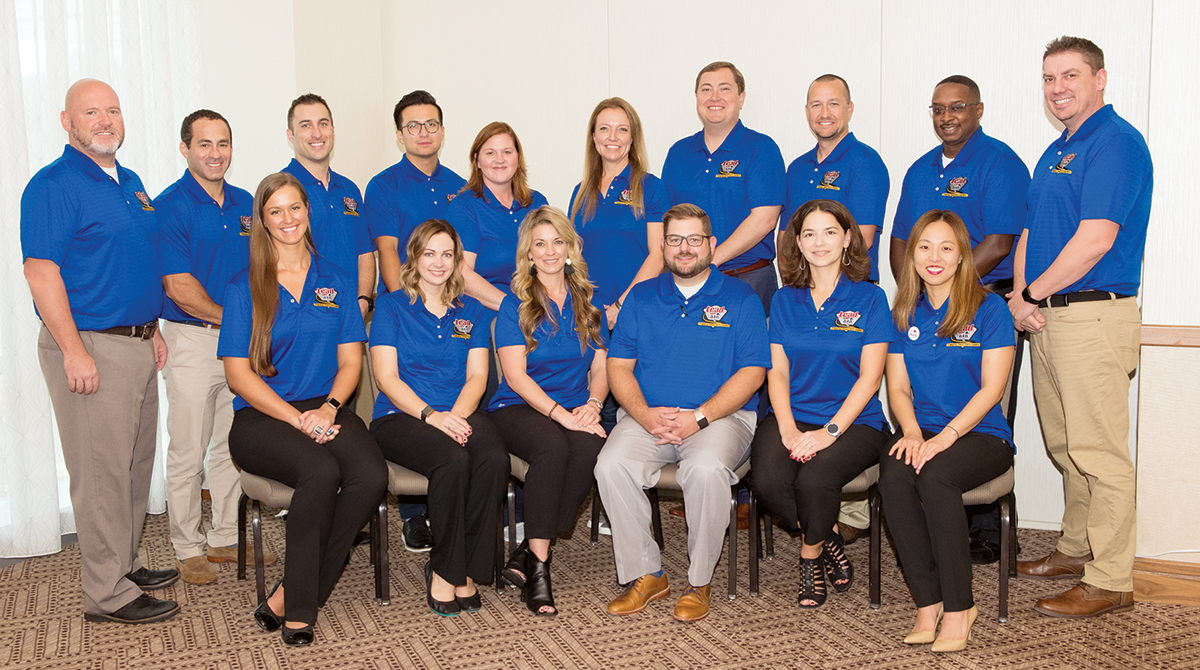 Members of Lead ATA’s Class of 2019. The leadership program, which began in 2013, is designed to help develop a younger generation of trucking executives. (American Trucking Associations)

The freight transportation industry, much like many other core segments of the economy, has experienced its share of growing pains in the Information Age. But trucking companies are tackling those challenges with fresh ideas, increasingly spearheaded by a new crop of leaders.

American Trucking Associations’ Lead ATA is a program designed to help usher in a younger generation of trucking executives. Every August, the organization invites a new class of candidates, hailing from companies of all sizes, regions and industry sectors, to participate in meetings where they learn about leadership and regulatory and legislative issues affecting the industry.

Since its founding in 2013, Lead ATA has aided in the development of more than five dozen industry professionals. In conversations with nine of these alumni, Transport Topics found a variety of industry entry stories, but a common thread was that they believed the advance of technology was bringing change to the business, and that they might be better equipped to adapt to it than previous generations.

“A big reason why younger people have been successful is because they embrace the technology,” said Daniel Wright, president of Alabama-based Wright Transportation and a graduate of Lead ATA’s 2016-17 class. “They’re doing well in this industry because they’re innovators, and they’re willing to make changes. Carriers weren’t doing a good job of treating drivers with respect, but they’ve been doing better. Ultimately, resisting technology is lazy.” 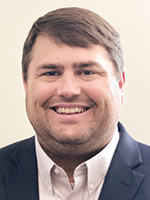 Wright was 13 years old when his father, Pat, started Wright Transportation in 1999. He washed trucks and cleaned the office through his teenage years, learning the value of hard work and gaining a bottom-up understanding of the business.

Since being hired full time in 2009, Wright has gradually built upon what his father started. Recently, he helped to usher in new collision-avoidance technology to the company’s trucks. It’s a directional step he hopes to continue for Wright Transportation’s growing fleet, which now stands at 180 tractors and nearly 400 trailers.

Gabrielle Simmons, née Wadhams, likewise grew up with the industry around her.

Her father, grandfather and uncle worked at New York-based Wadhams Enterprises, and she helped out at the family business from her early teenage years through college.

After earning her master’s in art education, Simmons worked stints with the Boys & Girls Club and then at a mental health facility before returning to Wadhams.

“Once I started working back with the family ... everything clicked, and I finally felt like I was where I was supposed to be,” Simmons said.

She’s now been working full time for five years, and in her role as departments manager, she oversees the customer service department for the less-than-truckload division, manages accounts receivable for three of Wadhams’ four divisions and manages billing, among other responsibilities.

Simmons graduated from Lead ATA’s 2017-2018 class in October, and while she expresses doubt about seeking a C-suite position in the company because of the time commitment and the fact that she wants to start a family, she does plan to continue working in the industry for the rest of her career.

Simmons said her experiences with Lead ATA helped build industry knowledge and connections, a sentiment shared by a number of other program participants.

Many have been making use of those connections. That is the case with Dustin Koehl, vice president of sales at U.S. Xpress and a member of the first Lead ATA class in 2013-14. 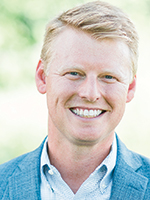 “I’d say we were guinea pigs in a positive way,” Koehl said. “The program helps educate leaders of all kinds. It equips them with all kinds of tools and resources.”

For example, at the time of ­Koehl’s interview in April, ATA Chief Economist Bob Costello was scheduled to give an update to the U.S. Xpress sales team about shipping insights — a connection that may not have been made without Lead ATA.

The program also helped prime him on the pivoting mentalities in the industry. In the past few years, Koehl said he’s seen a strategic focus directed toward the people who make up the industry and the technology that makes their work more comfortable, safe and efficient.

According to him, the industry’s “old ‘Smokey and the Bandit’ perception is changing.” Companies such as U.S. Xpress, which recently announced a professional driver development program and offers Full Ride, a college scholarship program for its drivers and technicians, have sought new ways to recruit and retain talent. 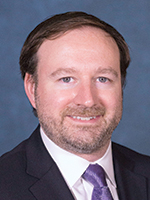 Robert Haag, a fellow member of the inaugural Lead ATA class and the vice president of operations at Perfect Transportation, said technology is driving significant change within the industry, and not just the technology that goes into the trucks themselves.

Perhaps more important, he said, are management systems designed to improve how companies hire and retain drivers, enable them to move freight faster and keep their trucks connected.

“It has quickly become a challenge — can we keep up with it?” Haag said. “Those companies that can weather the technology changes the best will survive.”

Like Simmons, Haag grew up around the trucking industry. His grandfather moved produce after returning from World War II and continued in trucking his whole life.

Haag’s father followed suit, eventually starting the company Perfect Pallets. He remembers riding in the passenger seat as a child while his father hauled freight around Indiana. Fifteen years ago, Haag de­cided he would enter the industry.

“As a kid, you always have dreams of being a basketball player or a fireman,” he said. “The older you get, the more you realize what a big part of your family it is to have a family business. You realize that your parents were able to give you a good life growing up because of it, and as my family started to grow, I realized I wanted to give them a good life, too.”

Perfect Transportation is based in Indianapolis and operates a fleet of 30 tractors and 55 trailers.

Erica Denney also grew up with the industry in her blood, and, similar to Haag, never imagined she’d work for the family business. In college, her studies centered on the beef industry, and after college, she started working for an insurance agency. 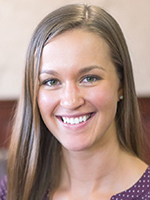 But while the insurance industry was competitive — which she appreciated as a former collegiate athlete — it wasn’t fast enough. So she interviewed for a sales position at Denney Transport, the company her father, Michael, started in the early 1990s, and began working there in early 2016. Since then, she’s gotten the chance to see her father, and trucking at large, in a different way.

“People are incredible in this industry,” said Denney, a member of the Lead ATA class that will graduate later this year. “And it’s been really cool to see my father in this light, to see how respected he is in the industry, how smart he is.”

Denney Transport, based in Commerce City, Colo., specializes in hauling less-than-truckload and truckload refrigerated freight with a fleet of 120 company-owned tractors, four owner-operator tractors and 220 trailers.

This passing-of-the-torch nature is somewhat customary in the trucking industry. Andrew Petrofsky, who entered the industry after leaving finance and now works as special projects manager at Birmingham, Ala.-based J&M Tank Lines, says his kids have come to love trucks.

“My kids think it’s the coolest job ever, right?” said Petrofsky, also a Lead ATA Class of 2019 member. “Because we have events and they get to sit in the trucks and think, ‘Dad drives trucks!’ I don’t drive trucks, but they think it’s so cool to go see them and to come by the terminals.”

J&M Tank Lines operates a fleet of 386 tractors and 646 trailers.

When Terry Pump was a kid, he thought he’d wind up either in law enforcement or transportation. But at the University of Iowa, he started pursuing an architecture degree before switching to business. Several months before graduation, he came across a booth for CRST International at a career fair and was ultimately offered a job as a driver manager.

After a few promotions within operations and customer service, Pump was given the opportunity to help start an internally operated CDL training school. Despite limited experience driving and teaching, he developed the school from five instructors and 10-15 students per week to 25 instructors, four state certified examiners and 50-60 students per week. 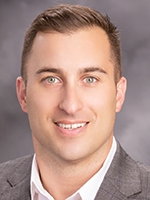 After coming back to operations to lead the expedited independent contractor division, Pump is now the director of safety at CRST.

“Safety has always been a value for me,” said Pump, who will graduate from Lead ATA later this year. “It’s been easy, it’s been natural. It’s where I plan to be long term.”

Similar to Pump, Anna Faford, another member of Lead ATA’s Class of 2019, is primarily interested in improving safety. As the vice president of strategy at C&K Holdings, she and her team have sought to quantify change in operations to help com­pany management meet their goals.

“C&K’s ambition is to be a ­leader in safety and technology in the drayage industry, and technology is key,” Faford said. “We’re numbers people. If we can’t measure it, we can’t improve it. We’re all about using technology to improve ­business.” 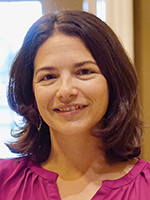 Her company, as well as others in the industry, measure driver satisfaction based in large part on retention and turnover rates. C&K has strived to make driver pay more competitive and has recently seen improvement in driver retention.

The trucking company that figures out how to personalize an employee’s experience will be the one that succeeds, according to Jason Hunter, director of linehaul at UPS Freight and a member of the Lead ATA Class of 2017.

Hunter entered the business in 1987, when a family member who already worked in the trucking industry told him he could unload trailers and make double what he was making at the time. He wound up serving in a number of roles before landing in his current position, where he oversees operations for the less-than-truckload freight hauling subsidiary of package carrier and logistics firm UPS Inc. 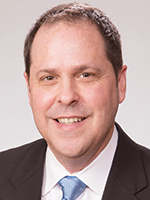 In his three decades in trucking, he’s seen e-commerce transform the industry, leading to the present day where there’s a persistent need to expand the movement of goods.

“Years ago, hiring was much easier,” Hunter said, “because there weren’t as many overall career opportunities for previous generations, and industry pay was as good then as it is now.”

Also, he noted, it was more of a family industry in the past. Workers often helped usher family members into job openings, just as one did for Hunter.

And there weren’t as many distractions in previous generations. “There’s a lot more of that today,” he said.