Mnuchin Says There Is Still No Agreement on Fiscal Stimulus 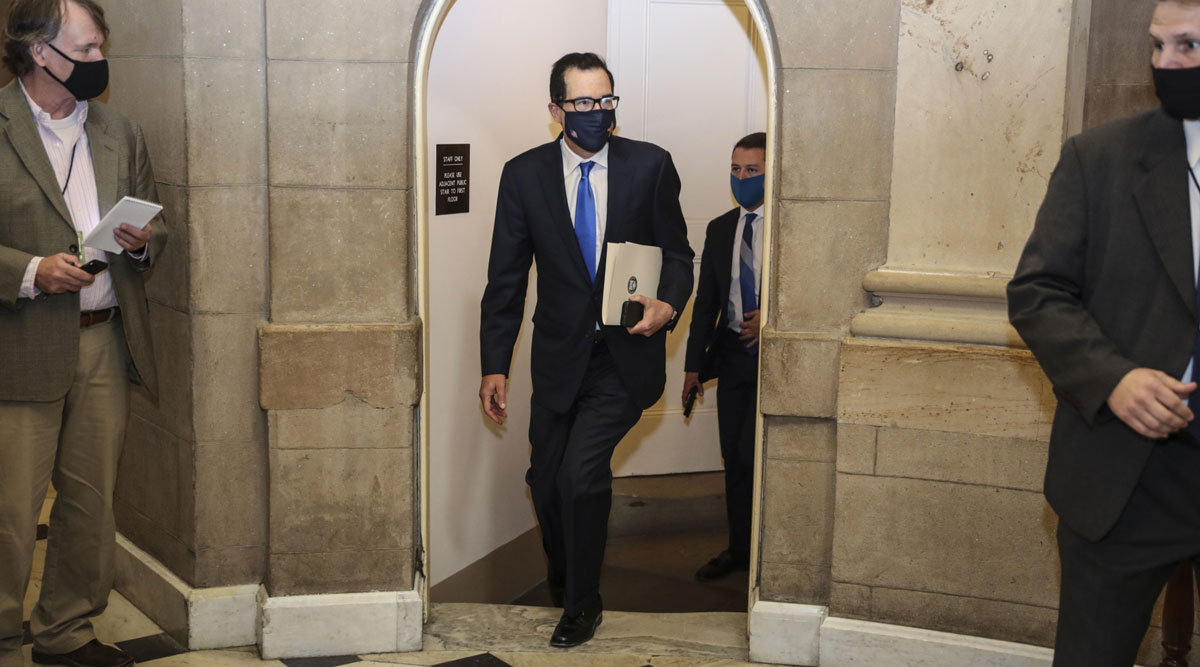 Mnuchin told reporters that he and Pelosi “made a lot of progress over the last few days,” and they will continue their talks.

“We still don’t have an agreement, but we have more work to do,” Mnuchin said. “We’re going to see where we end up.”

Pelosi said in a statement: “We found areas where we are seeking further clarification. Our conversations will continue.”

The House will hold a vote on the latest Democratic proposal for a $2.2 trillion package later on Sept. 30, Pelosi said. That bill has little chance in the Republican-controlled Senate.

U.S. stocks pared gains on the news, after previously rallying on optimism that Mnuchin and Pelosi would find a path to a deal.