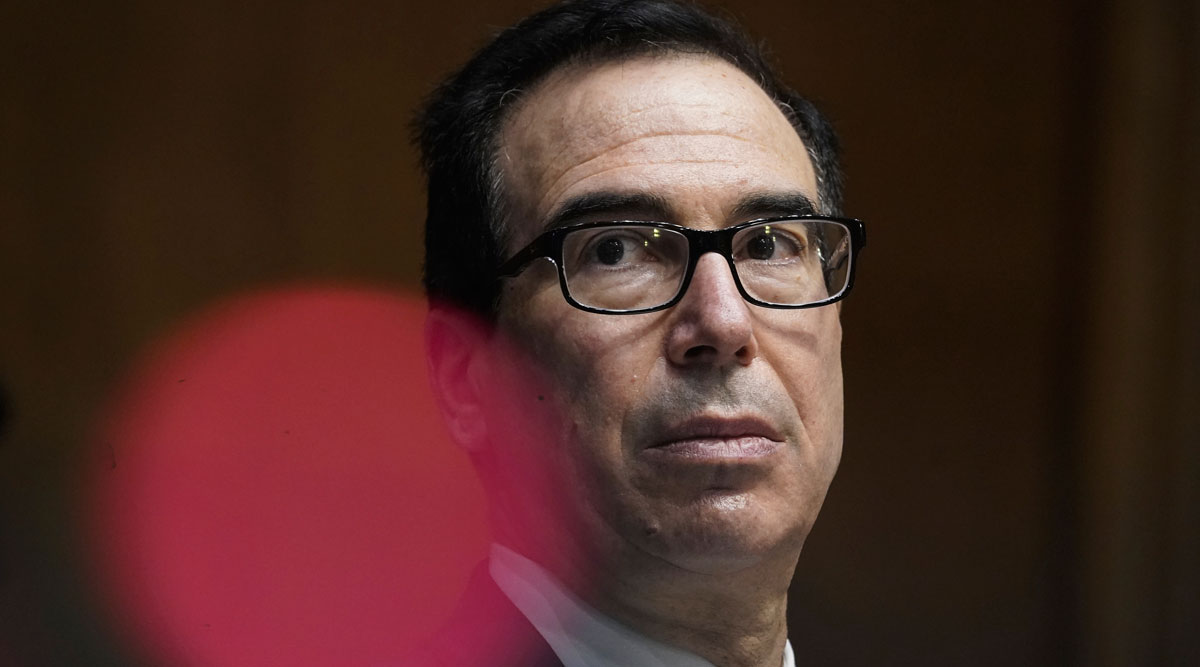 Treasury Secretary Steven Mnuchin said he sees one more chance at securing a deal with Democrats on another fiscal stimulus package, while stopping short of embracing a bigger proposal than President Donald Trump already has signaled.

Mnuchin said Sept. 30 that he expects a relief proposal similar to the $1.5 trillion plan put forward by a bipartisan group of House members. That proposal would escalate spending up to $2 trillion if the virus pandemic persists. Still, that’s short of a $2.2 trillion pandemic relief package that House Speaker Nancy Pelosi and her caucus is preparing to vote on as a compromise from their previous $3.4 trillion plan.

Pelosi has asked Democrats to deliver a “strong vote” for the package they unveiled Sept. 28. In a letter to colleagues, she said the Democratic plan is a “proffer” in talks aimed at breaking the deadlock with Republicans.

Mnuchin said on CNBC on Sept. 30 that he will talk with Pelosi later in the day. He also underscored that more support for airlines is critical, as carriers face the risk of a wave of layoffs. Mnuchin said he doesn’t expect a stand-alone bill for airline aid.

The negotiations between the Trump administration and congressional Democrats are at a critical juncture. Either Pelosi can cut a deal with the White House or the Democratic-led House will vote on her $2.2 trillion plan without Republican support, allowing members to leave town for pre-election campaigning. 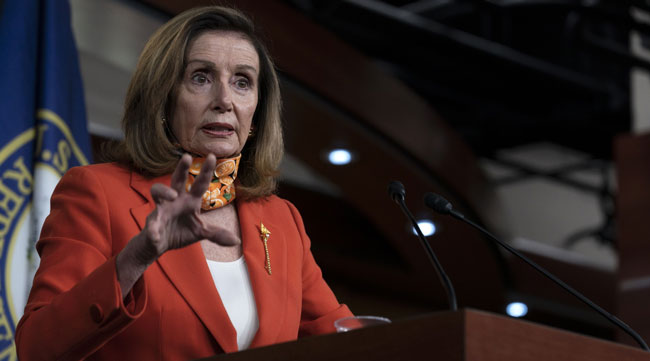 If no deal is reached, Democrats could schedule a vote for Sept. 30 or Oct. 1. Timing will depend on the result of Pelosi’s talks with Mnuchin. House Republican leaders already have rejected the proposal.

While the legislative text adds clarity to the Democratic offer, the top-line spending level is no closer to what Republicans say they’ll support. President Donald Trump has indicated he could agree to as much as $1.5 trillion in aid — but even that is more than the $650 billion put forth in a “skinny” aid package by Senate Republicans earlier this month.

Officials in both parties privately questioned whether the differences could be bridged. Pessimism about reaching a deal was one of the factors that helped push stocks lower Sept. 29. Private economists have increasingly abandoned predictions for a deal before the election. JPMorgan Chase & Co. and Goldman Sachs Group Inc. recently cut their forecasts for growth next quarter as a consequence.

The negotiations have been at an impasse since August. Pelosi on Sept. 29 continued to say she is hopeful that an agreement can be reached.

“We’re in a negotiation, and hopefully we will come to a bipartisan agreement,” she said on MSNBC after talking with Mnuchin.

But Republicans expressed doubts. White House economic adviser Larry Kudlow, speaking on CNBC the morning of Sept. 29, said the true cost of the Democrats’ bill is closer to $2.6 trillion and about one-third of it is related to subjects that Republicans don’t believe are strictly tied to the pandemic.

“We have a number of asks that I think both sides would agree with — four, five, six asks that would really help the economy,” including expanded small business aid, funding for schools, supplemental unemployment payments and airline aid, he said.

“For some reason, we just can’t get it done, but the conversation, the talks will continue,” Kudlow said. “The other team wants a gigantic package, and we don’t think we need that.”

Pelosi said much of the difference between the May House plan and the latest proposal is the length of time many of the provisions would be in effect.

“We didn’t take out priorities,” she said. “We just reduced the timeline as to how long those benefits would last.”

A key point of disagreement has been the Democrats’ push for large-scale aid to state and local governments. The plan released Sept. 28 has $436 billion for one year of assistance — less than a previous demand for $915 billion, which triggered scorn from Trump administration officials who called it a bailout for poorly run states.

The Democratic plan includes new aid for airlines, restaurants and small businesses that wasn’t in the original House package, and it has more than double the amount for schools.

The bill would provide another round of $1,200 direct relief payments to individuals and $500 per dependent — less than the $1,200 for dependents Democrats originally proposed. It also has $600 per week in extra unemployment benefits through January, the same amount that expired in July and helped disposable incomes surge even as the economy tipped into recession.

The legislation would bolster housing assistance, with tens of billions of dollars to help renters and homeowners make monthly rent, mortgage and utility payments.

Also included is $75 billion for coronavirus testing, contact tracing and isolation measures, along with $28 billion for procurement, distribution and education campaigns for a safe and effective vaccine.

With the Senate under Republican control, and its leaders now preoccupied with the president’s nomination of Judge Amy Coney Barrett to the Supreme Court, the bill is unlikely to advance absent a major push from the Trump administration.