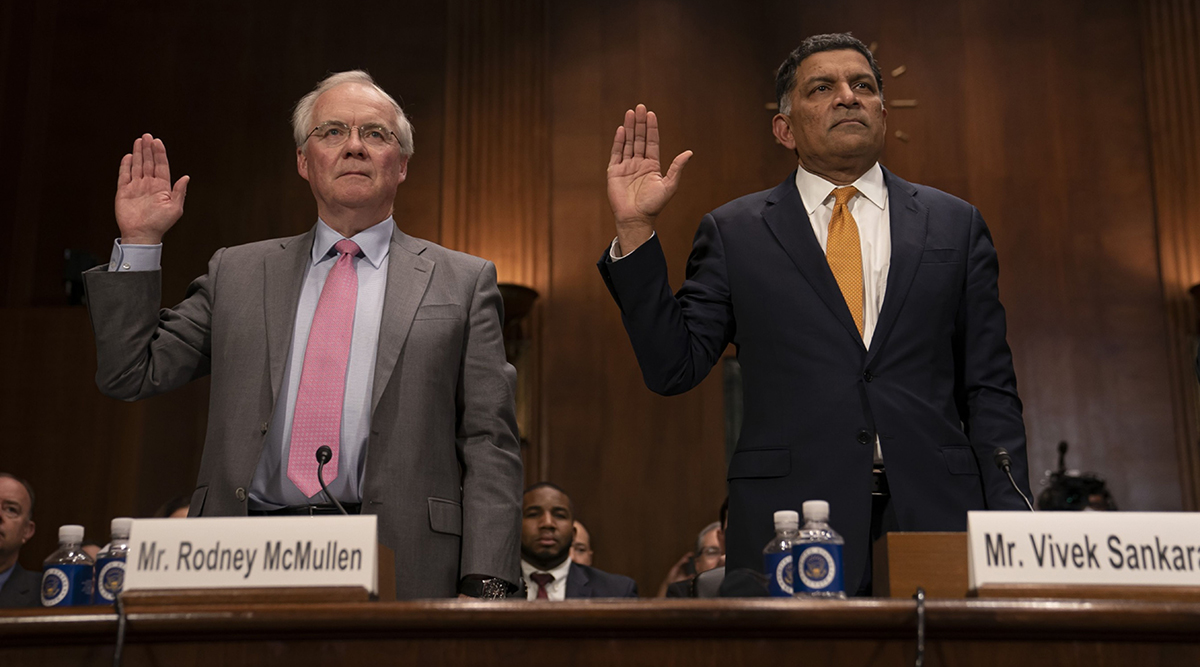 Senators pressed the CEOs of Kroger Co. and Albertsons Cos. on Nov. 29 about whether their proposed $24.6 billion deal to create a supermarket giant will benefit consumers in an era of rising inflation.

“The companies assure us that this is the merger that will make everything better,” Lee said during a hearing in Washington with the two CEOs, noting the duo pledged to reduce prices and update stores. “Of course, they haven’t explained how we can be sure that these commitments will actually be fulfilled.” 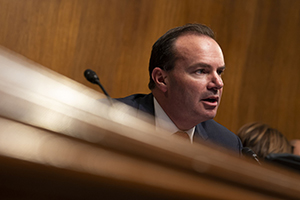 The lawmakers’ criticism underscores the unease around Kroger’s proposed acquisition of Albertsons and the impact it could have on the grocery industry during a stubborn spike in inflation. The companies say the deal will create economies of scale that will let them lower prices and boost investment.

“This merger will enhance competition, lower prices, improve the customer experience and create investments in our associates while securing the long-term future of union jobs,” Kroger CEO Rodney McMullen said during the hearing.

While senators don’t have the ability to derail the merger, their opposition adds to the controversy swirling around the deal, which also faces resistance from consumer groups and a labor union representing employees of both grocers.

Kroger and Albertsons are the two biggest traditional supermarket operators in the U.S. In terms of where shoppers actually buy groceries, however, Kroger ranks second in market share after Walmart Inc., according to Numerator, a market-research company that compiles consumer data. Albertsons is fourth after Costco Wholesale Corp.

The merger partners have said they expect to close the deal in early 2024, but the outcome of a potentially lengthy antitrust review by the U.S. Federal Trade Commission remains far from certain. Under Chair Lina Khan, who is pursuing an aggressive antitrust agenda, the FTC has taken a dim view of mergers that require extensive divestitures, as is expected in the Kroger-Albertsons deal.

Kroger, based in Cincinnati, operates chains such as Ralphs, King Soopers and Harris Teeter, in addition to its namesake stores. The banners of Boise, Idaho-based Albertsons include Safeway, Acme and Jewel-Osco.

In announcing the deal, Kroger and Albertsons said they would divest as many as 375 stores to win regulatory approval, although Kroger suggested in a federal filing that 650 was the upper limit. The companies operate a combined total of almost 5,000 stores. For comparison, Walmart has about 5,300 in the U.S., including its Sam’s Club warehouse locations.

McMullen pledged that no frontline workers would lose their jobs after the merger. He added that no stores would be closed as part of the deal.

Klobuchar expressed doubts about whether selling stores would resolve the competitive issues raised by the deal, noting the failure of divested stores when Albertsons bought Safeway Inc. in 2016.

“Divesting more than 100 stores did not work last time. This is triple or quadruple or more that will be divested,” she said. 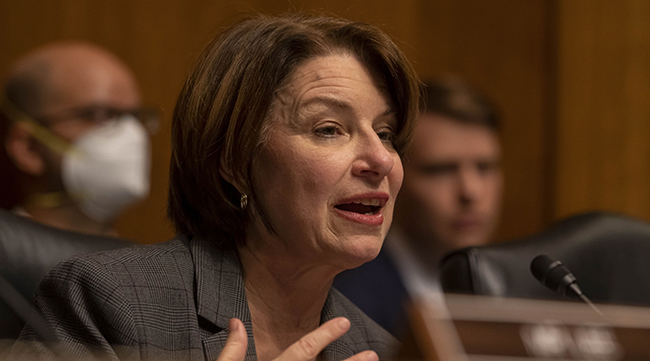 Republican lawmakers also used the hearing to highlight their concerns about corporate policies on issues such as gender identity and religion. Sen. Tom Cotton (R-Ark.) asked McMullen about a lawsuit in which Kroger agreed to pay $180,000 to settle accusations of religious discrimination in his home state. The lawsuit was related to the firing of two workers who refused to wear an apron with a symbol they believed represented support for LGBTQ communities.

McMullen declined to comment on the case, saying he wasn’t aware of the details.

Sen. Josh Hawley (R-Mo.) questioned whether the companies’ pledges to combine their efforts on environmental, social and governance issues should be a factor in considering the deal.

“Why would having complementary ESG strategies be justification for a merger?” Hawley said. “Why would that be relevant at all?”

Kroger ranks No. 25 and Albertsons ranks No. 40 on the Transport Topics Top 100 list of the largest private carriers in North America.

Kroger, Albertsons to Merge in Bid to Create Grocery Giant