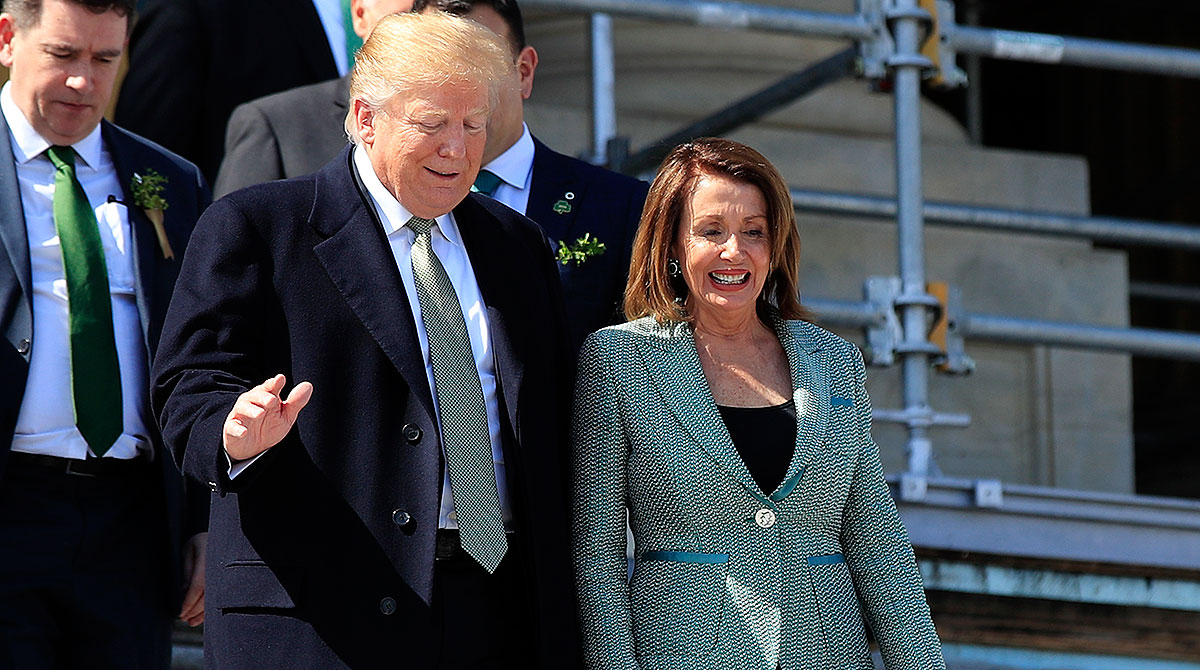 Their objective is to ultimately agree on the terms of a measure to arrive on the president’s desk ideally by this summer.

While neither side has shared details of their recent talks on the subject, each leader has acknowledged a need for advancing a policy update in the near-term. Trump has repeatedly emphasized the potential benefits that a long-term infrastructure package could bring to freight mobility. Pelosi has said her caucus is prepared to legislate on an infrastructure package possibly as large as $2 trillion.

The comprehensive package has the capacity of garnering bipartisan support, the speaker said during an interview with CBS News’ “60 Minutes.” 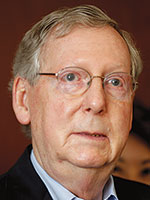 At issue, however, is how policymakers will achieve their topline goals for an infrastructure bill amid lingering funding disputes. The inability to agree on a long-term funding fix at the federal level has prompted many state officials to raise their revenues in recent years. The funding question was recently raised by Senate Majority Leader Mitch McConnell, a Kentucky Republican.

“We’ve all been talking about infrastructure, including the president, for a couple of years now,” McConnell told Fox News on April 10. “If you want to do a really significant large infrastructure bill, we need to have a lot of straight talk from everybody on both sides about how you’re going to pay for it.”

Various funding options have been talked about recently. Senior Democrats in the House are not ruling out increasing the federal 24.4 cents-per-gallon diesel tax and 18.4 cents-per-gallon gas tax to back the legislation. Their Republican counterparts are suggesting closely exploring options, such as fees for miles traveled.

House policymakers say they hope to consider legislation as early as May. When their legislation arrives in the Senate, Republicans there are expected to debate the policy for part of the summer.

Key policymakers and most congressional observers point to August as the deadline for clearing an infrastructure bill for the president’s desk. The fall calendar will be tied up with annual funding bills, while presidential politics will dominate 2020.

Aware of the time crunch, stakeholders have intensified their calls for action. American Trucking Associations launched a national media campaign highlighting the economic and personal effects stemming from traffic congestion. The U.S. Chamber of Commerce will sound the alarm loudly during Infrastructure Week in May as the group continues to pledge to support candidates who would favor raising fuel taxes.

This month the National Governors Association unveiled a list of principles for infrastructure investment, such as ensuring long-term funding, investing in future projects and streamlining project delivery.

Specifically, the governors noted a federal freight strategy “must provide flexibility for states to designate freight corridors within their borders, unconstrained by mileage limits, to connect to the national and international economy and to address states’ unique needs and geographic interests.”

Federal fuel taxes were raised in 1993. Dwindling revenue from the taxes supports the Highway Trust Fund, an account that assists states with big-ticket projects. Analysts estimate the fund will be unable to meet its obligations in about two years.