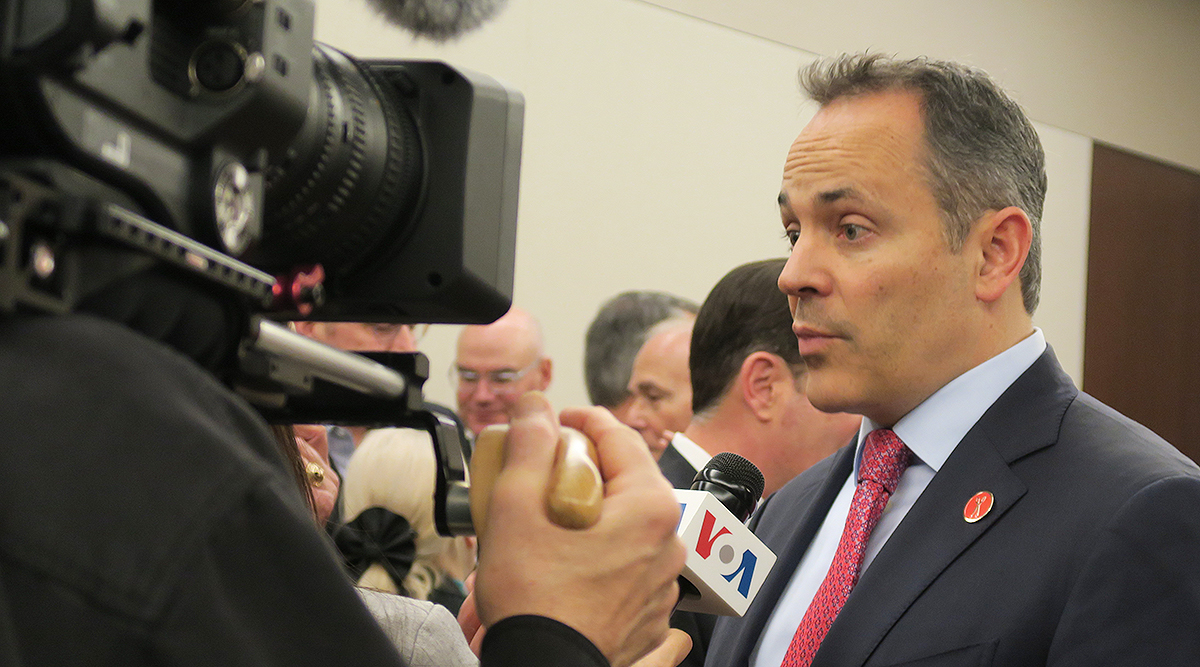 WASHINGTON — The trucking industry can serve as a testing ground for vehicle-miles-traveled programs to raise funds for road projects, according to governors discussing infrastructure during a recent conference.

They told the National Governors Association’s winter meeting here Feb. 23 that trucks are good candidates for these user-based revenue mechanisms because many companies already use technology to track distance traveled.

Some states already have started to test VMT and miles-based user fee programs as ways to raise money for infrastructure projects. These programs require technology to tabulate how far a vehicle has traveled, and that information helps determine how much a vehicle is charged. However, the technology can raise concerns over privacy and security.

“I throw it out only because they’re already monitored in this exact way,” Kentucky Gov. Matt Bevin told Transport Topics. “That’s just a thought as it relates to them, especially since so many of them use a fuel and get it in a location different than passenger vehicles do.”

Many states are pursuing infrastructure funding mechanisms to counterbalance the flagging federal Highway Trust Fund, which helps states with construction and maintenance projects and relies heavily on the federal fuel tax.

Improvements in fuel consumption and shifting driving habits contribute to the Highway Trust Fund’s steady decline, prompting several transfers from the general fund in recent years to maintain its solvency.

During the 2019 Winter Meeting, governors sits at the same table, promoting the spirit of nonpartisanship. #WeTheStates want to thank all of the governors for coming. pic.twitter.com/LAqkDi5O4B — NGA (@NatlGovsAssoc) February 23, 2019

Rendell said when the fuel tax was last adjusted in 1993, the average price of a car was $12,000. “Virtually everything has doubled or tripled. It is time for the federal government to do what we need to do,” he said. “There’s no such thing as a successful infrastructure bill unless it includes an increase in the gas tax.”

There’s no such thing as a successful infrastructure bill unless it includes an increase in the gas tax.

Shuster, who was chairman of the House Transportation and Infrastructure Committee, also participated in the conference. He said infrastructure is an issue that demands the involvement of all levels of government. 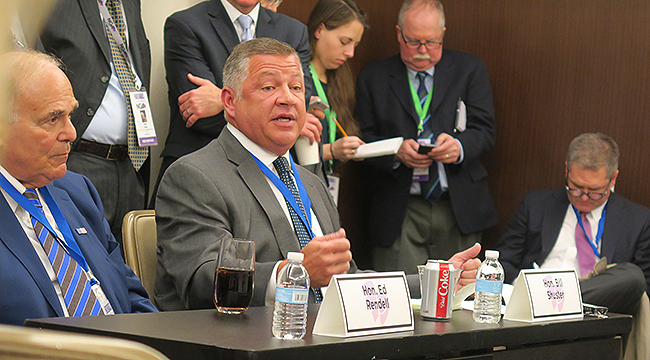 “This is a federal role. This is a role for all governments,” Shuster said. “It’s something that’s fundamental to this country. It connects our states for interstate commerce.”

Rendell agreed, adding that public-private partnerships alone aren’t enough to sustain infrastructure funding. He identified infrastructure as one issue that lawmakers can agree on in a bipartisan fashion.