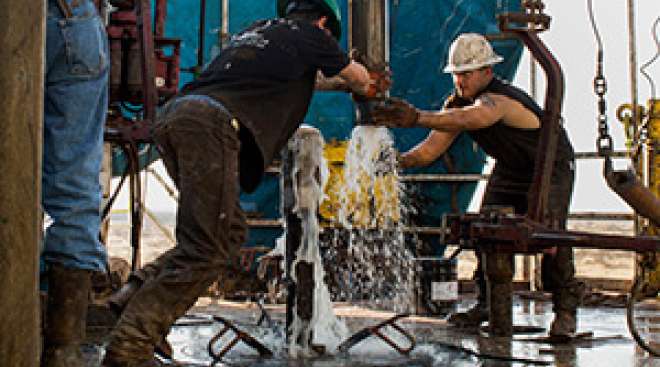 The surplus in global oil markets will last for longer than previously thought, persisting into late 2017 as demand growth slumps and supply proves resilient, the International Energy Agency reported.

World oil stockpiles will continue to accumulate through 2017, a fourth consecutive year of oversupply, according to IEA. Consumption growth sagged to a two-year low in the third quarter as demand faltered in China and India, while record output from OPEC’s Gulf members is compounding the glut, the agency said. Just last month, IEA predicted the market would return to equilibrium this year.

“Supply will continue to outpace demand at least through the first half of next year,” the Paris-based adviser said in its monthly report. “As for the market’s return to balance — it looks like we may have to wait a while longer.”

Almost two years after the Organization of Petroleum Exporting Countries set a strategy to eliminate the global oil glut by pressuring rivals with lower prices, markets continue to struggle with excess supply and crude remains capped below $50 a barrel. The organization plans to hold informal talks with competitor Russia in Algiers later this month, fanning speculation that producers may agree on an output cap to shore up prices.

“This a marked shift in outlook by the IEA, which not too long ago was contemplating a rebalancing of the market in 2016,” said Harry Tchilinguirian, head of commodity markets strategy at BNP Paribas SA in London. OPEC’s “long game got a little longer, implying the need for oil prices to remain lower for longer to spur the necessary adjustments in supply.”

“Recent pillars of demand growth — China and India — are wobbling,” said IEA, which counsels 29 nations on energy policy. “The stimulus from cheaper fuel is fading. Refiners are clearly losing their appetite for more crude oil.”

Supplies outside OPEC will rebound next year after this year’s sharp decline, rising by 380,000 barrels a day, according to the report. The estimate is “marginally” higher than last month, driven by the stronger-than-expected performance of Norway and Russia. U.S. shale-oil production will begin to recover in the second half of 2017, IEA said.

“OPEC is trapped,” said Olivier Jakob, managing director of consultants Petromatrix GmbH in Zug, Switzerland. “Non-OPEC supply has been able to adjust better than expected to the lower oil prices.”

Production from OPEC’s 14 members rose slightly last month as Gulf countries Saudi Arabia, Kuwait and the United Arab Emirates pumped at or near record levels and as Iraq pushed output higher, IEA said. Saudi Arabia has overtaken the United States as the world’s largest oil producer — when non-crude forms such as natural-gas liquids are included — a ranking America held since April 2014.

The combination of faltering demand and increased OPEC output pushed oil inventories in developed nations to a record in July, at 3.1 billion barrels.