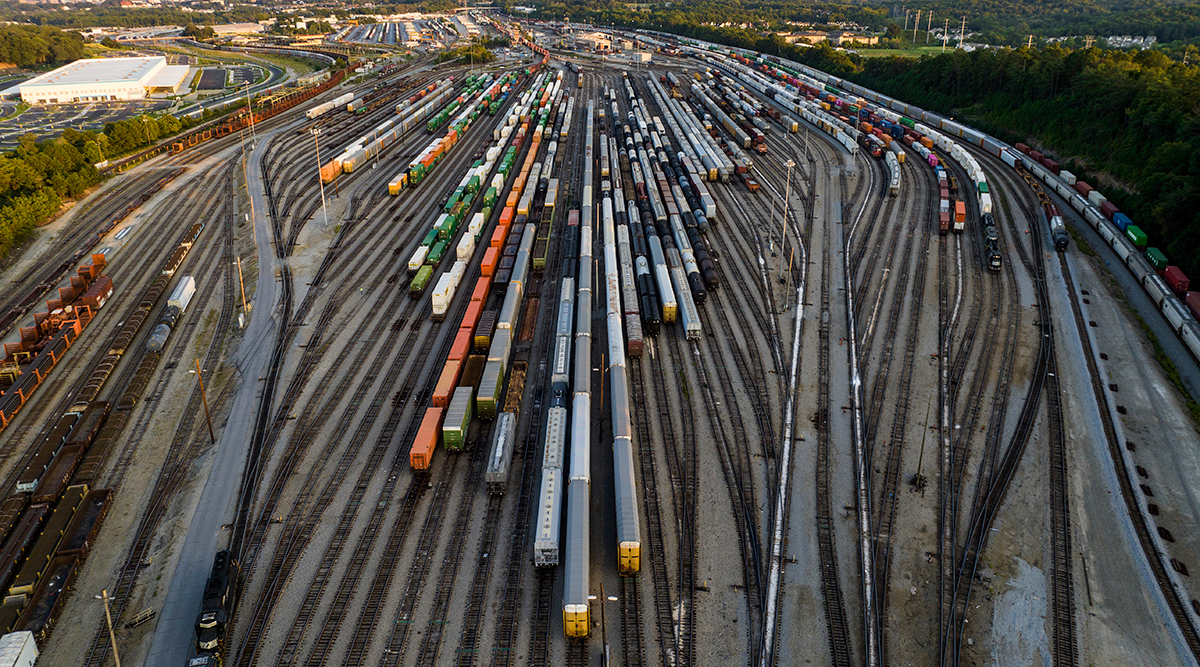 To avert a railroad strike projected to cost the economy $2 billion daily, the U.S. House of Representatives on Nov. 30 passed a bill outlining a labor agreement between rail carriers and workers.

The legislation, which advanced to the U.S. Senate, would implement provisions negotiated in a tentative agreement reached in September by the Presidential Emergency Board.

The measure’s passage in the House by a vote of 290-137 with bipartisan support came on the heels of President Joe Biden urging Congress to legislate on the ongoing labor dispute between railroads and key freight rail unions.

Prior to the vote, Rep. Peter DeFazio (D-Ore.), chairman of the Transportation and Infrastructure Committee, expressed support for workers involved in the labor negotiations. Most of the unions are arguing for additional quality-of-life improvements.

“We’re here today because we recognize what makes this country run — it’s frontline workers. Without them, just under one third of our country’s freight would sit idle,” DeFazio said. “We know the current conditions cannot continue — because without improvements to their ability to reliably spend time with family, be sick without punishment, schedule a doctor appointment or plan a vacation, railroad workers will continue to leave this industry. And when the best of our essential workers leave, we all suffer.”

Freight stakeholders, such as American Trucking Associations, have called on Congress to act on the matter. “Further delays only result in more uncertainty and inflationary pressure at a time when the economy is straining under the weight of both,” ATA President Chris Spear said. “Trucking is not alone in calling on Congress to act immediately — hundreds of organizations and President Biden have all also urged lawmakers to end this stalemate.” 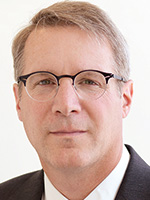 Senate leaders have signaled they will schedule a vote on the bill as early as Dec. 1. If Congress clears the agreement, its enactment would pertain to the rail unions in the dispute.

The bill would impose a compromise labor agreement brokered by the Biden administration that was ultimately voted down by four of the 12 unions representing more than 100,000 employees at large freight rail carriers. The unions have threatened to strike if an agreement can’t be reached before a Dec. 9 deadline.

Lawmakers from both parties expressed reservations about overriding the negotiations. And the intervention was particularly difficult for Democratic lawmakers who have traditionally sought to align themselves with the politically powerful labor unions that criticized Biden’s move to intervene in the contract dispute and block a strike.

House Speaker Nancy Pelosi (D-Calif.) responded to that concern by adding a second vote Nov. 30 that would add seven days of paid sick leave per year for rail workers covered under the agreement. However, it will take effect only if the Senate goes along and passes both measures.

The call for more paid sick leave was a major sticking point in the talks. The railroads say the unions have agreed in negotiations over the decades to forgo paid sick time in favor of higher wages and strong short-term disability benefits.

The head of the Association of American Railroads trade group said Nov. 29 that railroads would consider adding paid sick time in the future, but said that change should wait for a new round of negotiations instead of being added now, near the end of three years of contract talks.

The unions maintain that railroads can easily afford to add paid sick time when they are recording record profits. Several of the big railroads involved in these contract talks reported more than $1 billion profit in the third quarter.

“Quite frankly, the fact that paid leave is not part of the final agreement between railroads and labor is, in my opinion, obscene,” said Rep. Jim McGovern (D-Mass.). “It should be there and I hope it will be there at the end of this process.”

Republicans also voiced support for the measure to block the strike, but criticized the Biden administration for turning to Congress to “step in to fix the mess.”

“They’ve retreated in failure and they kicked this problem to Congress for us to decide,” said Rep. Sam Graves (R-Mo.).

Republicans also criticized Pelosi’s decision to add the sick leave second bill to the mix. They said the Biden administration’s own special board of arbitrators recommended higher wages to compensate the unions for not including sick time in its recommendations. 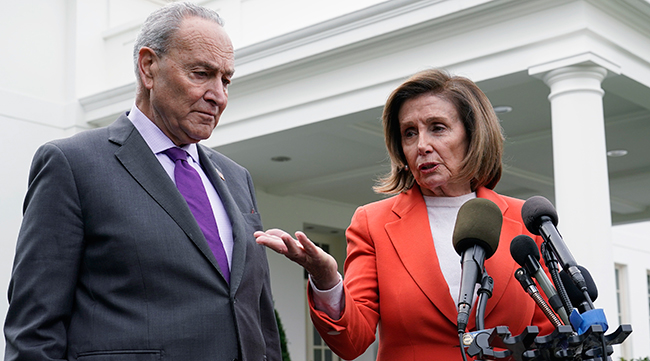 “Why do we even have the system set up the way it is if Congress is going to come in and make changes to all of the recommendations?” Graves said.

Pelosi sought to position Democrats and the Biden administration as defenders of unions and slammed the rail companies, saying they’ve slashed jobs, increased worker hours and cut corners on safety. But she said Congress needed to intervene.

“Families wouldn’t be able to buy groceries or life-saving medications because it would be even more expensive and perishable goods would spoil before reaching shelves,” Pelosi said.

The compromise agreement that was supported by the railroads and a majority of the unions provides for 24% raises and $5,000 in bonuses retroactive to 2020 along with one additional paid leave day. The raises would be the biggest rail workers have received in more than four decades. Workers would have to pay a larger share of their health insurance costs, but their premiums would be capped at 15% of the total cost of the insurance plan. The agreement did not resolve workers’ concerns about schedules that make it hard to take a day off and the lack of more paid sick time.

The Biden administration issued a statement in support of Congress passing the bill that implements the most recent tentative agreement, stressing that it would provide improved health care benefits and a historic pay raise. But the statement was silent on the measure that would add seven sick days to the agreement.

“To be clear, it is the policy of the United States to encourage collective bargaining, and the administration is reluctant to override union ratification procedures and the views of those union members who voted against the agreement,” the White House said. “But in this case — where the societal and economic impacts of a shutdown would hurt millions of other working people and families — Congress must use its powers to resolve this impasse.”

On several past occasions, Congress has intervened in labor disputes by enacting legislation to delay or prohibit railway and airline strikes.