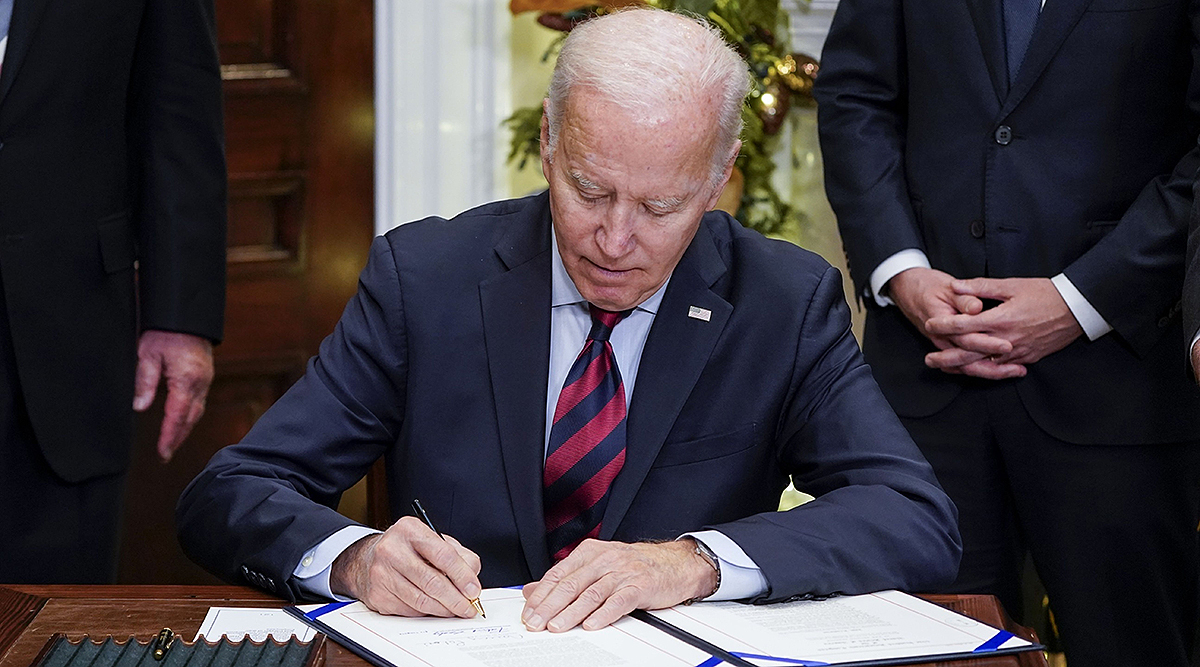 Moving quickly to help avert a rail workers strike that would have cost the national economy an estimated $2 billion per day, the U.S. Senate on Dec. 1 advanced a tentative labor agreement between railroads and their employees.

Senators on Dec. 1 voted 80-15 on the bill, which had been approved in the House of Representatives the previous day.

This quick congressional action cleared for President Joe Biden’s signature on Dec. 2 a measure deemed vital by lawmakers. After months of labor negotiations, unions indicated they were prepared to strike beginning Dec. 9, which threatened to snarl supply chains amid the holiday shipping season.

At issue for the unions are certain quality-of-life benefits they say have been unmet. 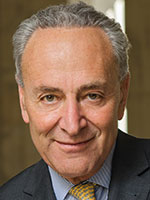 Sen. Chuck Schumer (D-N.Y.), the chamber’s leader, had pressed his colleagues to support the House-passed bill. That legislation, which passed 290-137, would implement provisions negotiated in a tentative agreement reached in September by a Presidential Emergency Board convened by the White House.

“One thing is certain: Time is of the essence,” Schumer said Dec. 1. “A rail shutdown is set to begin Dec. 9, but the truth is we need to resolve this impasse well in advance of that date. Suppliers and businesses across the nation are going to begin shutting down operations soon if they think a strike is imminent.”

Biden on Nov. 30 also had urged the Senate to take up the freight rail matter. At stake, the president argued, was the viability of the country’s economy as it recovers from supply chain disruptions.

“The Senate must now act urgently,” said Biden, stressing that without congressional approval on the tentative deal, railroads would halt the movement of critical goods, such as chemicals to clean drinking water. Biden added, “Disruptions to our auto supply chains, our ability to move food to tables, and our ability to remove hazardous waste from gasoline refineries will begin. The Senate must move quickly and send a bill to my desk for my signature immediately.”

Prior to the Senate vote, Labor Secretary Marty Walsh and Transportation Secretary Pete Buttigieg met with Senate Democrats on Capitol Hill. Buttigieg during an appearance on CNBC had expressed a sense of urgency on the matter.

“The trucking industry thanks Congress for acting swiftly to prevent what could have been a disastrous rail strike,” said ATA President Chris Spear. “Trains move critical goods like hazardous materials and fuel — including diesel which is already in short supply in numerous parts of the country. Any disruption to these critical supply chains would have been catastrophic for the economy and our industry.”

Sen. Bernie Sanders (I-Vt.) had advocated for the inclusion of the sick leave benefits. “Even as the need for worker protections and workplace flexibility have grown, railroad companies provide zero days of paid sick leave to their workers,” he said Nov. 30.

Let me be clear. This struggle is not over. I will do everything I can to make sure that rail workers in America are treated with dignity and respect. pic.twitter.com/WVGLodsr7B

“What this means is that if a rail worker comes down with COVID, the flu or some other illness and calls in sick, that worker will not only receive no pay, but will be penalized and, in some cases, fired. That is absolutely unacceptable,” said Sanders, in a statement shared by senior Senate Democrats.

Union groups were unhappy with the final result.

"The Senate just failed to pass seven days of paid sick leave for rail workers. We are grateful to the 52 Senators who voted YES and stood with rail workers," tweeted the Transportation Trades Department labor coalition. “Shame on the 43 elected leaders who abandoned the working class. We will not forget it."

Rep. Peter DeFazio (D-Ore.), chairman of the Transportation and Infrastructure Committee, was among House policymakers expressing support for workers involved in the labor negotiations. “Without them, just under one third of our country’s freight would sit idle,” DeFazio said Nov. 30. “We know the current conditions cannot continue — because without improvements to their ability to reliably spend time with family, be sick without punishment, schedule a doctor appointment or plan a vacation, railroad workers will continue to leave this industry. And when the best of our essential workers leave, we all suffer.”

The likelihood of a nationwide rail strike increased after the union SMART-TD turned down the terms of the tentative agreement negotiated in September by Walsh and senior Biden administration officials.