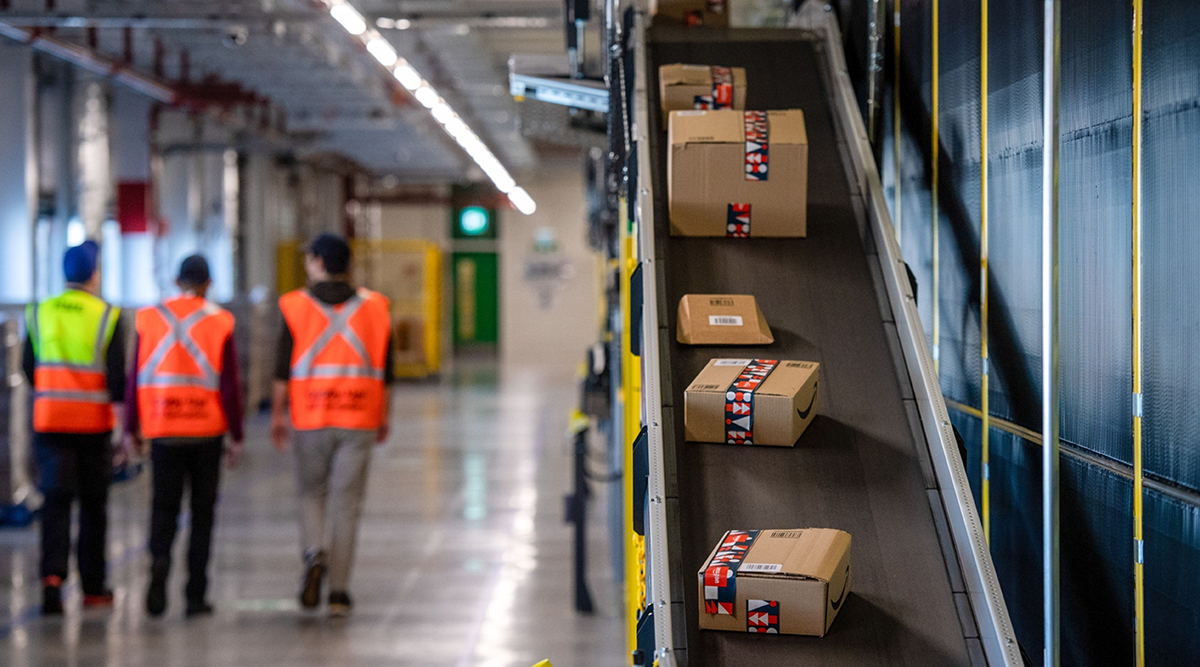 As this year’s holiday shopping season ramps up, shipping industry experts say supply chain issues that plagued the season last year have alleviated, but there are other dynamics at play.

“The supply chain is in a lot better shape than it was a year ago,” said Steve Denton, CEO of UPS warehouse and fulfillment subsidiary Ware2Go. “But we’re not out of the woods yet.”

The peak holiday season will still be tough for the logistics industry, he said. And there’s also the continued threat of a rail labor strike, if a key union doesn’t reach a deal with management by early December.

UPS said it believes labor agreements can be reached. “A railway strike would cause unnecessary impacts to the U.S. economy and consumers,” a UPS spokesman said in a statement. “UPS will flex our integrated smart logistics network to serve our customers.”

Already this year, retailers have been dealing with the aftereffects of past supply chain shortages, which drove them to stock up to avoid coming up empty on products. But as a result, many found themselves with loads of excess inventory. That made it difficult to find warehouses for goods shipped in, with many storage facilities near coastal ports reaching capacity.

The excess inventory prompted many retailers, including e-commerce giant Amazon and Target, to run huge pre-holiday sales with deep discounts to clear out old inventory — such as Amazon’s Prime Day sale in October.

But UPS expects shoppers won’t finish all their shopping unusually early, as they did last year amid severe supply chain woes. Instead, the company expects a more typical big rush of shopping, online purchases and shipments at Thanksgiving and into December as the holidays near.

“Despite inflationary pressures and the rising cost of borrowing, there was not a material decline this year in early holiday shopping,” said Taylor Schreiner, senior director at Adobe Digital Insights, in a written statement. Online shopping has remained strong “in spite of a challenging macroeconomic environment.”

About 45% of holiday shoppers plan to browse and buy in stores on Black Friday this year, according to a poll conducted by the National Retail Federation and Proper Insights & Analytics. Cyber Monday after Thanksgiving is expected to be the biggest e-commerce shopping day, according to an eMarketer forecast. Adobe Analytics expects the best deals to still happen around Cyber Week.

“Last year was an unusual peak because it peaked early — everywhere there was concern about inventory levels in stores,” said UPS Chief Financial Officer Brian Newman. The surge of COVID-19 cases due to the omicron variant caused even more disruption.

“People shopped early because they were afraid they wouldn’t get their items after,” Newman said. But this season, there’s expected to be a return to normal patterns, he said.

Retailers have learned from supply chain disruptions, according to the National Retail Federation. Many brought products in earlier than normal this year to make sure they would have products available, and shifted to East Coast or Gulf Coast ports to avoid potential disruptions on the West Coast due to labor contract negotiations.

Consumers have also learned from past shipping delays and supply chain woes, and use of curbside pickup is expected to increase in December by consumers who want to avoid shipping delays, according to Adobe Analytics.

But unexpected events can throw a wrench into the nation’s supply chain. Tropical Storm Nicole, for example, disrupted shipments in Florida and prompted the temporary closure of the Jacksonville port.

And economic uncertainty, layoffs by some large employers and fears of a recession could affect how much shoppers spend. Two in three people are more concerned about the economy this year, and 59% are worried about supply chain disruptions that could make holiday shopping harder or more expensive, according to an IBM survey.

Consumers are concerned about inflation and 44% plan to look for sales or coupons, according to a McKinsey survey. An SAP survey found 45% of consumers say price will be the top factor in their buying decisions, and 39% say inflation is causing them to shop more online.