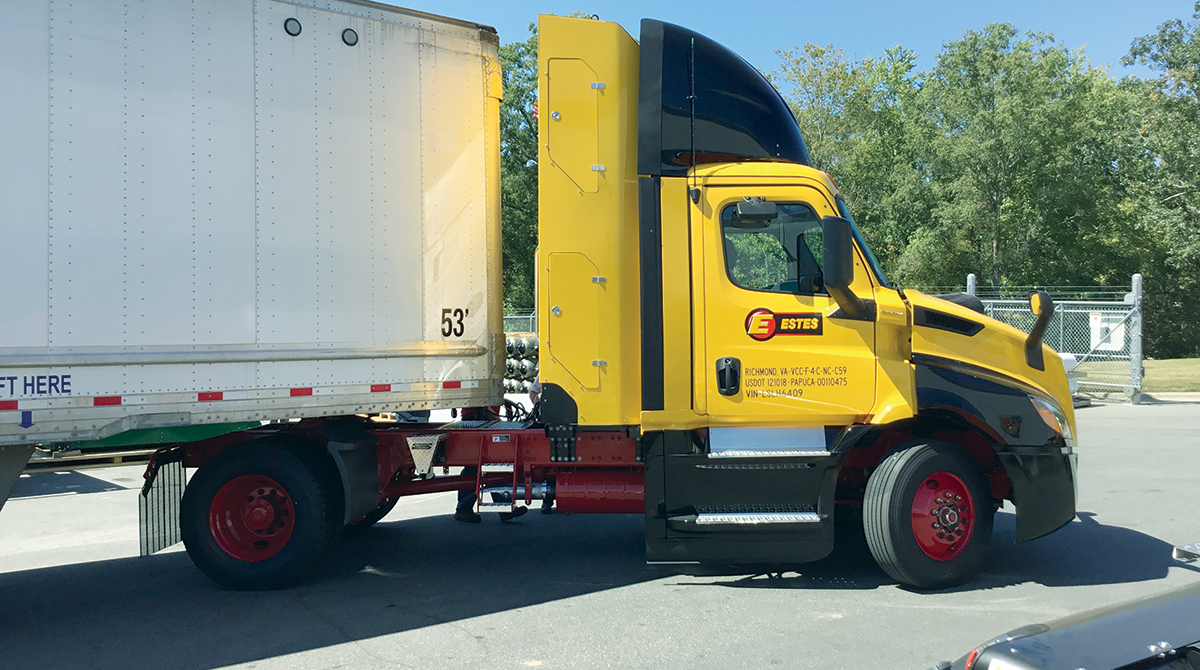 Record-high diesel fuel prices are creating some painful sticker shock moments at the pump for truck lines and shippers. Yet, those rising costs aren’t necessarily driving a dramatic uptick in adoption of alternative-fueled vehicles in the Class 8 heavy-truck sector.

As demand certainly remains steady, at least one analyst estimate forecasts that manufacturers are currently sitting on an order book of some 140,000 units for commercial battery-electric trucks alone. Furthermore, ACT Research reported in April that sales of heavy-duty Class 8 natural gas trucks — as reported by the six major truck manufacturers who account for some 60% of the market — climbed 21% year to date for the first two months of 2022 compared to the same period last year.

While these growth numbers are encouraging, foundational challenges continue to hold back the alt-fuel market. Those include lack of sufficient production capacity; initial models still being piloted and refined; supply chain shortages of everything from specialized computer chips and components to raw materials such as lithium and nickel; some critical technologies still playing catch-up, and a dearth of “behind the fence” infrastructure necessary to charge and/or fuel trucks. 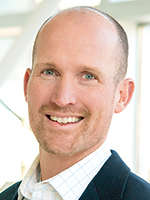 “Everyone wants to unveil their new [alternative fuel] truck and how great and efficient they are. What’s often missing in the discussion is the investment that’s needed to go into the utility’s power grid, and the [on-site] equipment that fleets will need to recharge these trucks at 500kw or 1mw,” he said. “I think we are five to 10 years away from any sizable deployment, any significant magnitude of scale, for battery-electric trucks.”

While reporting an overall increase in the number of existing and planned electric charging stations, ACT Research also noted a continuing decline in total natural gas fueling stations, particularly those being planned.

Despite infrastructure issues, and technical and production challenges, interest isn’t waning, particularly with alternative fuels that have a strong record of successful operation, such as natural gas.

Webb Estes, vice president of process innovation for LTL operator Estes Express Lines, recalls the last diesel fuel spike in 2008 and 2009, and how a lot of fleets jumped on the natural gas bandwagon. “What looked like an amazing deal at first was not so good when diesel prices went down,” he notes. Estes Express is ranked No. 12 on the Transport Topics Top 100 list of the largest for-hire carriers in North America.

Then there were considerations around production capacity, duty cycle, infrastructure investments, range, fleet replacement cost, engine reliability and maintenance and longevity of equipment. “In the LTL market we hold on to trucks for 10 to 12 years,” Estes explained. “Whatever decision we make has to support that duty cycle.” 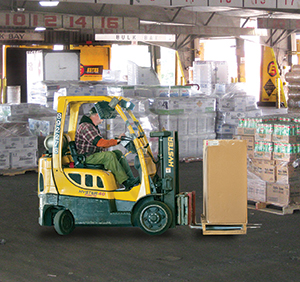 Estes agrees the LTL market offers promising potential for battery-electric trucks but believes gaining significant share of a fleet’s rolling stock is a long way off. Estes has 12 Class 8 battery-electric tractors on order with Freightliner with delivery expected sometime early in 2023. In the meantime, Estes is adding more electric forklifts to its dock operations, as well as hosteling tractors in the yard. “They [hostlers] work really well because they never leave the yard. And the drivers love them,” he said.

Estes’ important lesson learned: Work with your local power company. “We knew we’d have to buy the chargers going in, but you also have to engage with the local utility to get the higher capacity lines run into the facility,” he said.

Natural gas trucks, whether using CNG or RNG, have successfully cracked the market in other segments of trucking, and are demonstrating consistent cost savings — and emissions reductions — over diesel, notes Rick Mihelic, director of emerging technologies for the North American Council for Freight Efficiency. 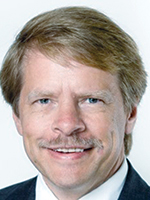 Work trucks and other medium-duty vocational trucks, as well as those in regional freight delivery or last-mile also are popular, growing applications for alternative fuels, particularly natural gas, Mihelic added.

“Lower lane distances of up to 200 miles you can get into electric. In the 200-500-mile range there are hybrids being deployed, some using natural gas combined with electric drive trains,” he said, adding that battery-electric is significantly less costly from a maintenance perspective because it has a third fewer moving parts compared to diesel.

Regardless of the cost of diesel, the biggest impediment to more electric trucks is supply, Mihelic says. Today there are about 1,250 heavy-duty electric trucks in operation mainly as prototypes or early production models. “It takes about five years to get a prototype production truck to a state of maturity where the OEM can put it in the hands of the customer,” he explained, noting that Volvo, Navistar, Freightliner, Kenworth and Peterbilt all have brought initial battery-electric models into the market. “You’ll see rapid improvement as OEMs get more experience [with current models] and fleets provide feedback.”

Perhaps the biggest market for alternative-fueled vehicles is the step-van/panel van category, as well as light-duty trucks. At parcel carrier UPS Inc., the company is “reimagining its network through an innovation-driven strategy that includes electric ground and air vehicles, and cleaner burning fuel” including propane and natural gas, noted Carlton Rose, president of global fleet maintenance and engineering at UPS.

The company says over the past decade that it has invested more than $1 billion in alternative fuel and advanced technology vehicles and fueling stations. Rose noted that UPS deploys some 13,000 low-emission vehicles around the world. Its drivers log more than 1 million miles every business day in alt-fuel and advanced technology vehicles. He adds that UPS has made a commitment to purchase up to 10,000 all-electric Arrival delivery vans in North America and Europe. UPS is ranked No. 1 on TT’s Top 100 for-hire carriers list.

Clean air advocates are adamant that sunsetting of diesel as a fuel should happen sooner than later. Yet with 100 years of developmental history, continuing technical advances, improvements in engine design, manufacture and operation, increasingly sophisticated software managing engine performance, and reformulated diesel fuels and technologies for reducing emissions to near zero, an argument can be made that diesel still has room to run.

“The [diesel engine] technology is still evolving and improving and can be part of an overall solution along with alternative fuels,” Estes says. He cites the success of today’s technologies which not only have improved fuel mileage, but reduced particulate and NOx emissions to near zero.

He also is excited about a viable, elegant new solution soon to be piloted on Estes trucks with promise for capturing and recycling nearly all diesel engine carbon emissions.

Developed initially under the auspices of the University of Michigan, the technology has been commercialized and is being introduced by Remora Carbon. The company was co-founded by Christina Reynolds, Paul Gross and Eric Harding. Reynolds, a PhD graduate of the University of Michigan’s environmental engineering school, is one of the nation’s leading authorities on mobile carbon capture.

Starting in September, Remora Carbon’s system will be installed and road-tested on 10 of Estes’ standard Class 8 Navistar day cabs. Ryder’s senior director of advanced vehicle technology, Darren Epps, noted as well that it is a participant in the trial and will be installing the system on several of its trucks.

Estes described Remora Carbon as a “downstream” carbon capture system. It is a fully contained unit, bolted to the frame rails behind the truck’s cab. It attaches to the truck’s tailpipe, and through its process, pulls at least 80% of the carbon dioxide from the exhaust, and stores it on the truck. The CO2 is then offloaded at the end of the day, cooled and stored as a liquid. Then it’s sold to other industries, such as cement manufacturing and resale markets for CO2, as well as sold to refineries for making clean diesel.

Remora estimates that with the recycling and sale of the captured CO2, the system could pay for itself in three to five years, depending on the use of the tractor and its annual miles driven. The more miles driven, the more carbon is captured and sold and the faster the payback, Remora says. Then there is the benefit from the reduction of greenhouse gases going into the atmosphere.

“We are the only LTL carrier among the first 10 companies that will go live with this technology,” Estes said. He said it requires no adjustments to the engine and does not impede or affect performance of other exhaust-cleaning systems. “All you are doing is taking the exhaust through one more cleaning system.” Estes noted that he did have to alter some of the specs on the truck to accommodate the 5,000 pounds of added weight from the Remora unit. “But we don’t expect it to affect performance or fuel efficiency.”

“The diesel engine has been perfected over 100 years, and the natural gas engine is still evolving,” Estes notes. “If the Remora system proves out, and we are confident that it will, then we can still leverage those 100 years of diesel technology, pulling nearly all the carbon out of the exhaust, reselling and reusing it in ways that benefit the environment and the business. It’s a complement to what’s on the horizon with electrification and other emerging alternative fuels.”