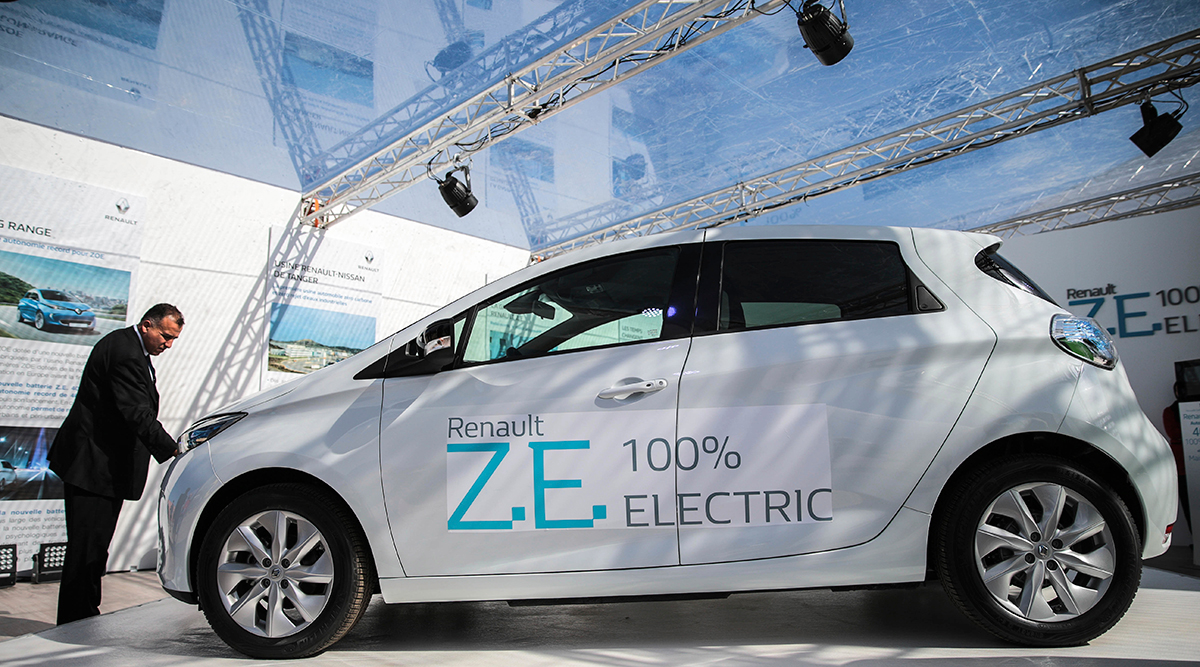 Germany has pulled ahead of Norway for sales of all-electric cars since the start of the year, putting Europe’s biggest auto market in position to become the regional leader on an annual basis for the first time.

Through November, 57,533 new electric cars were registered in Germany, compared with 56,893 for Norway, according to statistics published by transportation agencies in both countries. The Nordic country has sold the most electric cars of any in Europe each year since at least 2010, when the Nissan Leaf, the first mass-market battery-powered car, made its debut. 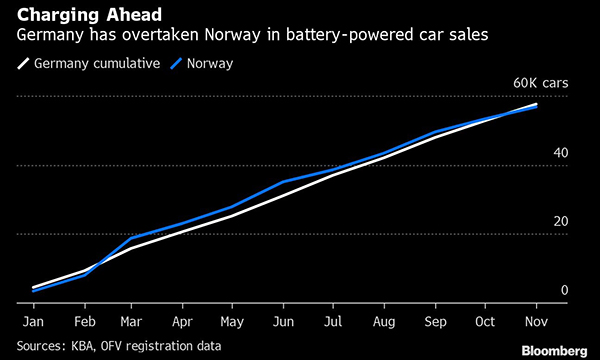 The numbers offer fresh evidence that the technology is becoming more mainstream in Europe’s car-making heartland, where Germany’s Volkswagen AG, BMW AG and Daimler AG are preparing for a major battery-car push. While Norway emerged as an early regional hot spot thanks to generous government incentives, the country has about 6.4% of the population of Germany, so growth is limited. Across the region, governments are ramping up subsidies.

“The electric-model offensive of the German manufacturers is in full swing,” Bernhard Mattes, head of the country’s VDA auto lobby, said last week. German manufacturers will triple their electric car offerings to 150 models by 2023 and invest 50 billion euros by 2024, he said.

Norway and Germany have been neck-and-neck in electric-car sales this year. Norway held the upper hand for most of 2019, with Germany gaining momentum in recent months.

Statistics published Dec. 9 by the Norwegian Road Federation OFV show sales in November of new battery-powered cars fell 27% to 3,697. In Germany, the number increased 9.1% to 4,651, according to data last week from the country’s Federal Motor Transport Authority, or KBA.

Even with last month’s increases, however, electric vehicles remain a small part of overall sales, and the greening of Germany’s car fleet still has a long way to go. Across Europe, sales of electrically chargeable cars made up just 3.1% of new registrations in the third quarter, according to the European Automobile Manufacturers Association. 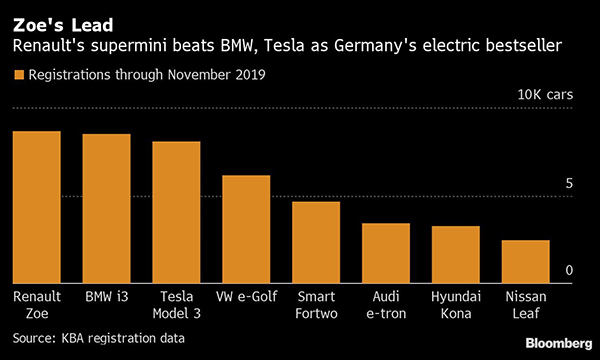 Before the latest numbers, Germany already was a regional leader when taking into account hybrid and battery-only cars. It’s now displaced Norway for both types of electrified vehicles. Other countries will follow as consumers in the region adopt e-cars, according to Matthias Schmidt, a Berlin-based independent automotive analyst.

“The Norwegian electric passenger-car market is currently a very large fish in a tiny European electrified pond, helped by the generous comparative fiscal benefits,” he said.

Consumer appetite for electric models will be further tested next year when Germany’s domestic carmakers start to roll out competing models to Tesla Inc.’s most-affordable offering, the Model 3. Volkswagen’s ID.3 will go on sale starting at just less than 30,000 euros ($33,000). That compares with 20,000 euros for the cheapest combustion version of the VW Golf, and about 44,000 euros for a Model 3.

The German government also has sweetened cash incentives for electric cars as part of a large-scale climate package. The benefits would start on cars costing less than 40,000 euros, which Schmidt said should fuel demand for more affordable models. The European Union is debating this week whether to make the bloc climate-neutral by the middle of the century.

In a sign of the importance of incentives for the market, sales in China have been dropping for four straight months after the government scaled back subsidies. China accounts for about half of the world’s sales of electrified cars. The U.S. is second, and until now, Norway has been third.
Paul Sillitoe, Chris Reiter and Stefan Nicola contributed to this report.