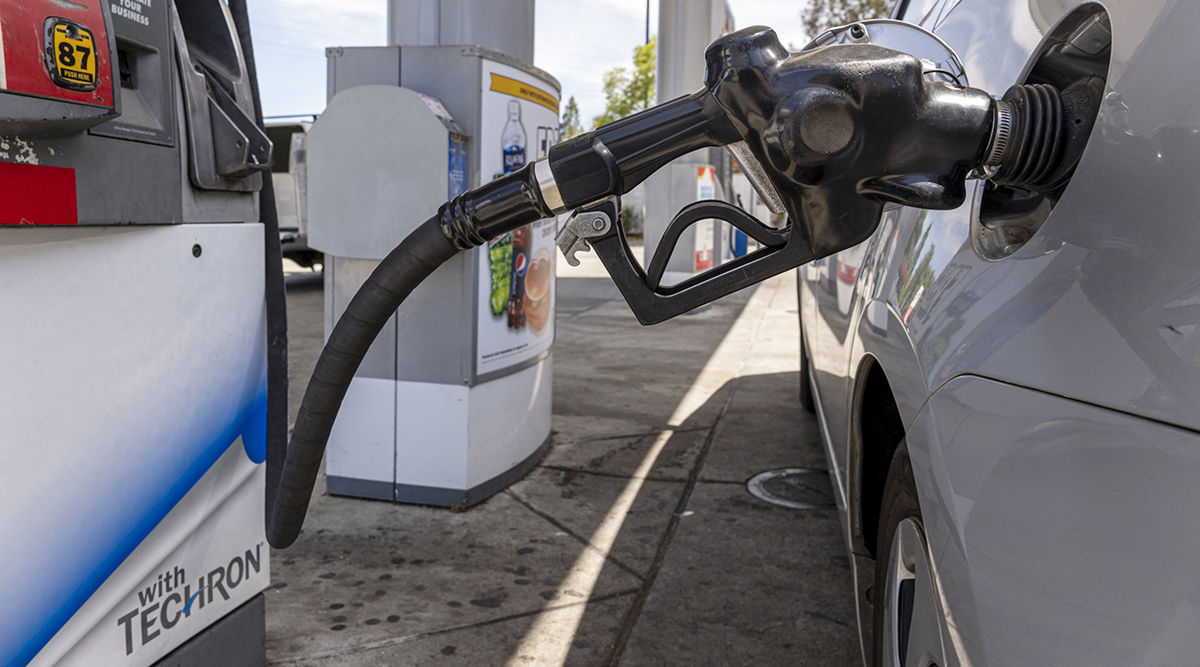 A fuel nozzle in a car at a Chevron station in Pinole, Calif. (David Paul Morris/Bloomberg News)

Retail gasoline prices in the U.S. have posted their first increase — albeit very modestly — after a 98-day streak of declines, suggesting consumers won’t get much more relief at the pump.

DROP IN DIESEL: Price falls below $5 a gallon.

The national average increased less than 1 cent overnight after more than a week of relatively small moves in the opposite direction. Prices now stand at $3.681 a gallon, according to auto club AAA, ending the longest run of daily declines since 2015. The new level is more than $1.30 lower than the peak of $5.016 a gallon reached in mid-June.

The string of weakness at the pump was aided by lower-than-usual gasoline demand during the peak summer driving season, as well as cheaper crude thanks to a slowing global economy and the U.S.’s release of its emergency reserves. At the same time, softness in gasoline futures traded in New York also helped ease price pressures for consumers. Futures — which tend to dictate retail prices — have tumbled more than 40% since peaking in June, but are still up 18% from a year ago. 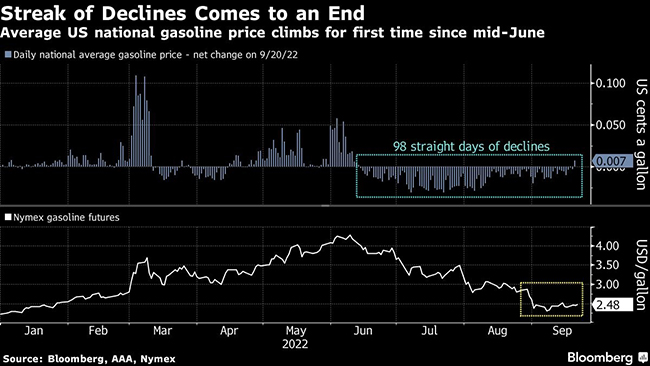 Any prolonged increase in pump prices ahead of the November midterm elections will come as an additional headache for U.S. President Joe Biden, who has grappled with stubbornly high inflation all year and soaring energy costs in the wake of Russia’s invasion of Ukraine. Despite the summer declines, gasoline prices are still 15% higher than a year ago.

Gasoline Tops $5 a Gallon in 13 States