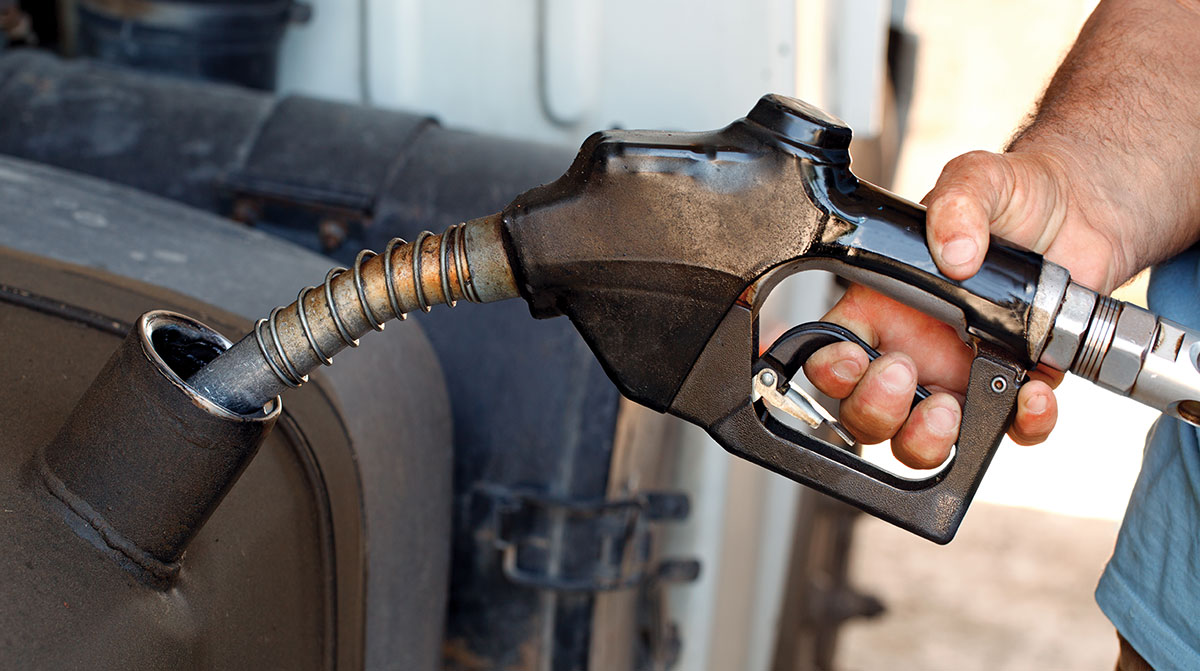 The national average price of diesel has dropped 15.1 cents a gallon over the past three weeks. (HAYKIRI/Getty Images)

The national average price of diesel slid 6.9 cents to $4.964 a gallon in its third straight decline, according to Energy Information Administration data released Sept. 19.

Gasoline, meanwhile, dipped 3.6 cents to reach $3.654. The price still is 47 cents more for a gallon than at this time a year ago.

EIA reported that the average price of diesel fell in all 10 regions it surveys. The Midwest showed the largest drop at 9 cents to $4.995 a gallon. California experienced the smallest decline at 1.5 cents. The state still has the most expensive diesel in the country at $6.149 a gallon, or 53.7 cents more than the West Coast.

“They really are taking a hit today after the report, which seemed to suggest that diesel demand was down week-over-week,” said Phil Flynn, senior energy analyst at The Price Futures Group. “Demand looked pretty bad this week. And even though it’s shoulder season, the market is reacting to it. But really the other main thing is the fear of the Fed.”

The Federal Reserve approved the third consecutive three-fourths-of-a-point rate hike Sept. 21. The decision is part of efforts to bring demand back in line with supply in response to surging inflation. The central banking system now has a benchmark lending rate at a target range of 3% to 3.25%.

“After the Fed announcement, the dollar rallied and it really put downward pressure on oil dramatically,” Flynn said. “Today, what reversed that is when Japan intervened in their currency against the dollar because the dollar got too strong. And so, it seems like the market is extremely sensitive to those moves in the short term. I think in the long term they’re going to decouple because the supply side realities are going to be more apparent in the coming days and weeks.”

The Fed also released an economic projection report in conjunction with the rate hike announcement. The report forecasts interest rates may go as high as 4.6% in 2023 before the efforts to combat soaring inflation stop.

“My biggest argument is if demand is so bad, why are supplies so tight,” Flynn said. “At some point, you’ve got to put supply and demand in perspective, and so really if it weren’t for the fact that we released a record amount from the Strategic [Petroleum] Reserve we’d be seeing drawdowns in crude supplies almost every week. So, there’s two sides of the equation. But right now, I think the trump card is the Fed, and that’s really weighing on the market.”

Russian President Vladimir Putin announced a partial military mobilization Sept. 21 to reinforce the invasion in Ukraine. The speech came after months of a back-and-forth between Russia and Europe. European countries largely have opposed the war and have responded with economic sanctions. Russia has drawn down its oil exports in response.

“We’re seeing the inability of these markets to hold onto rallies because of the uncertainty,” Flynn said. “Obviously, Russia’s statements ... and threats were viewed as bullish. But they’re shaking that off because they’re more worried about the Fed than they are Vladimir Putin here in the short term, and that’s why we’re seeing some extreme volatility.”

The G7 confirmed its plans to impose a price cap on Russian oil Sept. 2. Its aim is to keep crude oil and petroleum products from the country in the market to avoid a price spike but also limit funding for the war. The European Union already had been pursuing a far more aggressive plan to ban Russian oil imports. It had imposed a sixth sanctions package that will ban seaborne imports of crude oil Dec. 5.

“The price has been coming down a little bit,” said Fred Price, chief financial officer at J. Rayl Transport. “We certainly have mechanisms in place to recover the cost of fuel. It tends to be somewhat of a lag, if you will, as it goes up. But we benefit on the ride down because it lags going downward.

“Each customer is a little different and so they have unique recovery methodologies. But we’re pretty well protected and insulated from diesel fuel prices like most carriers are.”

J. Rayl, like many carriers, bases the fuel surcharge on the EIA gasoline and diesel fuel update. That means it is adjusted every week in line with when the report is released. But even with that layer of protection, concern remains over what higher fuel costs could do to freight demand. 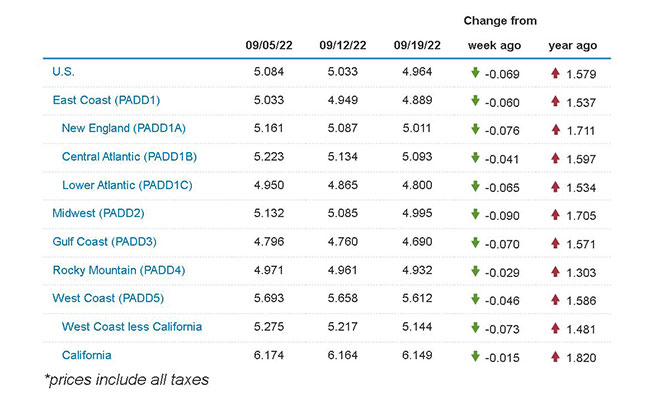