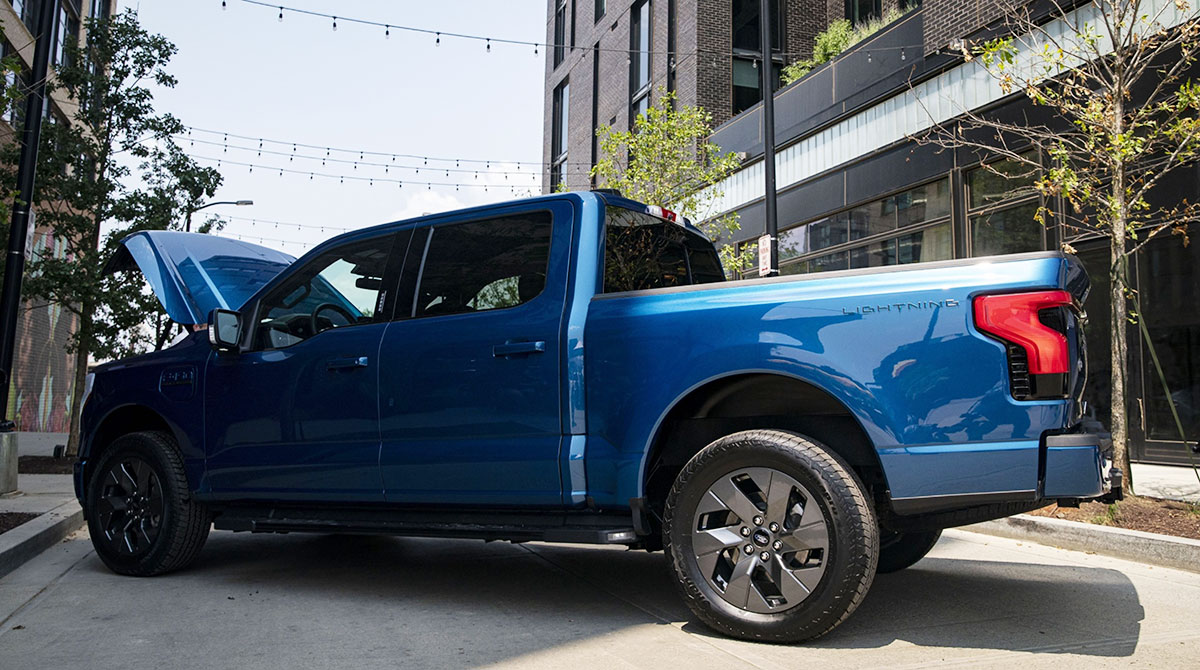 Ford Motor Co. is spending $250 million to expand its new factory producing the battery-powered F-150 Lightning as demand surges for the pickup truck, which goes on sale next year.

The automaker is boosting annual capacity to 80,000 units and hiring 450 workers for its Rouge Electric Vehicle Center in Dearborn, Mich., it said in a statement. Ford last year broke ground on the plant, which is tucked inside its 93-year-old Rouge industrial complex. President Joe Biden visited the facility in May and drove a prototype of the electric truck.

Ford on Sept. 16 began what it calls pre-production of the truck, scheduled to go on sale next spring as the company races to get in on what is expected to be booming demand for plug-in pickups. Ford said it already has more than 150,000 reservations for the Lightning, which faces competition from Tesla Inc.’s Cybertruck and startup Rivian Automotive Inc.’s R1T, which is due to go on sale this month. Ford is an investor in Rivian.

“The interest from the public has surpassed our highest expectations and changed the conversation around electric vehicles,” Bill Ford, the company’s executive chair, said in the statement. “So we are doubling down, adding jobs and investment to increase production.”

Ford’s expansion of the Rouge EV center is in addition to the $700 million it invested to build the facility as it seeks to maintain its decades of dominance in the pickup segment. The gasoline-fueled version of the F-Series truck has been the top-selling vehicle in the U.S. for four decades and is Ford’s biggest money maker.