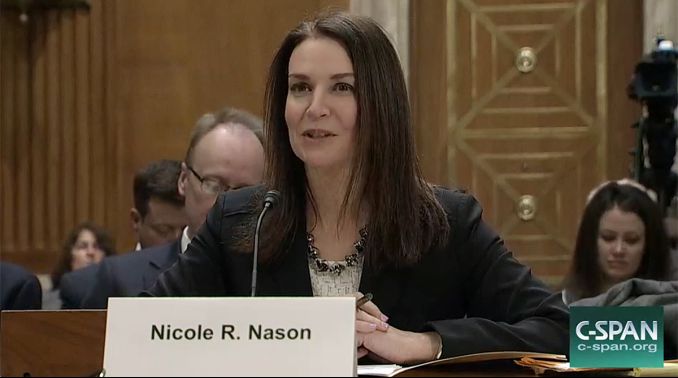 WASHINGTON — When policymakers craft their next transportation reauthorization bill, they should consider every available tool that would result in long-term funding for infrastructure projects, President Donald Trump’s nominee to lead the Federal Highway Administration told a Senate panel Jan. 29.

“All options are on the table right now for the administration,” Nicole Nason said before the Environment and Public Works Committee. “I think there are a variety of options.”

Charging drivers for the miles they travel, and partnering with the private sector to construct and manage roadways are funding systems policymakers could consider in a new highway policy bill, Nason explained. Asked to explain Congress’ struggle to agree on a funding fix, she noted, “I think part of the challenge is, because the needs are so diverse.”

The committee’s ranking Democrat, Sen. Tom Carper of Delaware, stressed to Nason the need for the administration to work with Congress on identifying an ideal source of funding. The senator also reminded everyone about the urgency of the matter.

“Congress must work now on reauthorizing our federal surface transportation programs so that we can provide continued certainty for states, tribal communities, and cities, while also addressing the opportunities and challenges facing our transportation sector today and in the years to come,” Carper said. He added, “Our Highway Trust Fund is going broke. Last year, we spent about $13 billion more from the Highway Trust Fund than we collected in revenues. Next year, that deficit will be even greater.”

The current FAST Act highway authorizing law expires in the fall of 2020, and analysts project the Highway Trust Fund account will be insolvent soon after that. The account relies on revenue from the 24.4-cents-per-gallon diesel tax, and 18.4-cents-per-gallon gas tax, both of which have remained unchanged since the start of the Clinton administration.

While Congress over the years has not approved one sustainable source of funding for the maintenance and construction of the country’s transportation network, more than half of the states have opted to increase fuel taxes to pay for repairs and modifications to their highways and bridges. 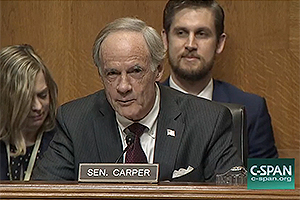 Besides funding, Carper said the climate is changing, and the transportation agencies should fund projects that would be resilient to extreme weather. “Our vehicles and travel patterns accelerate and exacerbate that change, while at the same time, increasingly extreme weather events and sea level rise wear down our transportation networks,” Carper explained.

“For those of us that have coastal infrastructure and that are coastal states, to have a federal highway administrator who will pay attention to real facts and real science is a matter of importance,” added Rhode Island Democratic Sen. Sheldon Whitehouse.

Nason pledged to work with lawmakers on their myriad concerns. Trump has been dismissive of reports linking human activity with changes to the world’s climate.

The Republicans on the panel praised Nason on her record at the National Highway Traffic Safety Administration, which she oversaw for a few years during the George W. Bush administration. 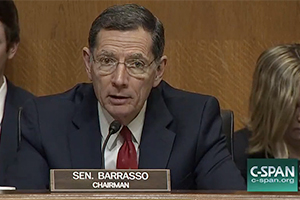 “Nason is well-qualified for this important post. She brings impressive, meaningful experience in federal transportation policy to this critically important position,” said EPW Chairman John Barrasso (R-Wyo.). “I applaud President Trump’s nomination of such an accomplished and dedicated public servant.”

The committee has yet to schedule a vote on Nason’s nomination. The administrator role at FHWA is vacant and the agency’s top officer is deputy Administrator Brandye Hendrickson.

Most recently at the State Department, Nason helped develop seat belt rules for school buses, and the rulemaking for electronic stability control systems. During her time at DOT, she was chief attorney for former Transportation Secretary Norman Mineta, and she was an assistant commissioner at the U.S. Customs and Border Protection.

In 2014 she founded and ran the Connecticut-based organization Project Koe, meant to empower women through Japanese martial arts. In a 2016 TEDx Talk titled, “Finding Your Inner Kiai,” she elaborated on what she described as a “life transition.”

Buttigieg Kicks Off I-15 Project at Las Vegas Strip