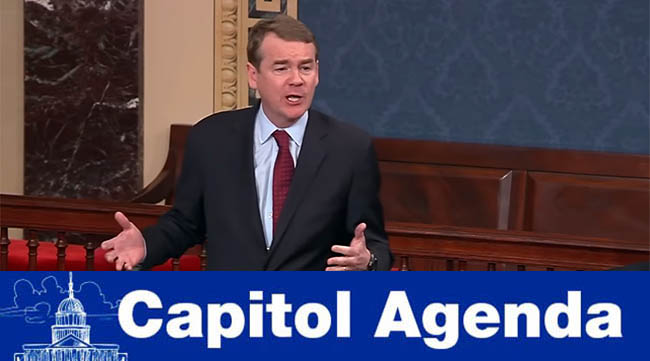 One year ago, on Valentine’s Day, President Donald Trump met privately with congressional transportation leaders at the White House. His office had recently unveiled an ambitious infrastructure proposal anchored on $200 billion in federal funds to achieve $1.3 trillion in investments over a decade for the construction and maintenance of the infrastructure network. At this meeting the president is said to have endorsed increasing the federal fuel tax. That’s how Sen. Tom Carper (D-Del.) remembered it.

In a statement to reporters after that meeting, Carper, ranking member on the panel that oversees highway policy, said: “I explained to the president what I have proposed for years now — raising the gas and diesel tax 4 cents per year over 4 years and indexing it going forward. President Trump came back to the idea of a 25-cent increase several times throughout the meeting. While there are a number of issues on which President Trump and I disagree, today, we agreed that things worth having are worth paying for, and the president even offered to help provide the leadership necessary so that we could do something that has proven difficult in the past.”

The White House did not deny Carper’s account of the meeting. The politically radioactive fuel tax has not been raised since 1993.

Fast forward a year, and we find Trump recently approving a short-term funding fix to reopen the government through Feb. 15. After Trump indicated after the midterm elections that infrastructure policy would be among the lead policies in his portfolio for 2019, ongoing disputes with congressional Democrats over funding for a wall along the southern border have consumed the Office of the President.

It appears, there’s no end in sight to the border talks, shrinking the window of opportunity for debating infrastructure policy. (Editor’s note: According to published reports, House Speaker Nancy Pelosi indicated she and the president had discussed infrastructure policy during a meeting regarding an invitation to deliver the State of the Union. Per Fox News, Pelosi said: "We talked about things we can work together on, such as infrastructure.” Trump is scheduled to deliver the State of the Union Feb. 5.)  Acting White House Chief of Staff Mick Mulvaney emphasized the point over the weekend on “Face The Nation:” “Everybody wants to look at this and say the president lost. We’re still in the middle of these negotiations. He just agreed to open the government while that was going on. So the president takes this deadly seriously. It’s his No. 1 priority to secure the nation, and he will do everything he can to do exactly that.”

Yet, if the government is allowed to shut down again next month, perhaps Sen. Michael Bennet (D-Colo.) will update his recent floor speech, in which he asked, “You think the rest of the world doesn’t know that we’re not investing in our infrastructure.”

Jan. 28-29: Federal Motor Carrier Safety Administration has scheduled a teleconference of the Unified Carrier Registration plan board of directors.

Jan. 29, 10 a.m.: The Senate Environment and Public Works Committee will meet with Nicole Nason, President Trump’s nominee to lead the Federal Highway Administration. Republicans in the majority are expected to tout Nason’s record during her tenure as chief of the National Highway Traffic Safety Administration during President George W. Bush’s administration. Democrats likely will press Nason about funding concerns related to the Highway Trust Fund, the distribution of emergency grants for cities and towns hurt by natural disasters and any insight she may have about efforts to push the Trump administration to adopt a climate-resilience approach toward infrastructure.

Jan. 30, 2 p.m.: The Brookings Institution will host a panel to discuss: “The Dissatisfied Public: What can Congress do?” Participants include: Rep. Jamie Raskin (D-Md.) and former Virginia Gov. George Allen (R).

With the federal government operational for three weeks, and virtually nobody addressing infrastructure policy on Capitol Hill, debating a long-term bill any time soon is not in the cards. 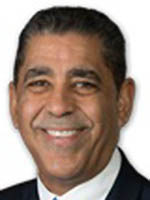 The congressman who represents northern Manhattan and parts of the Bronx, is among the new faces on the House transportation panel. Rep. Adriano Espaillat (D) told Transport Topics on Jan. 25 the next infrastructure bill should prioritize eco-friendly initiatives capable of providing jobs in a new, green economy. Also, public transportation and connectivity improvements will need to be part of the debate. As he explained, “Naturally, a city like New York City that relies so heavily on public transportation, bridges and tunnels, projects like the extension of the Second Avenue Subway to 125th Street, the Gateway Tunnel, Penn Station, you know, LaGuardia [Airport], JFK [Airport], and those things that are already up and moving are critical, and funding for the [Metropolitan Transportation Authority], are critical to the economy of New York City, and the country.”

Welcome to the world of congressional oversight, Mr. President. House Transportation Chairman Peter DeFazio has a few questions about your property a few blocks from the White House. He wrote this month, “… in light of the myriad constitutional, legal, and ethical issues raised by President Trump serving as both a landlord and tenant” of the Old Post Office Building … “This letter is the sixth formal request of the [General Services Administration] during the last 26 months seeking information regarding the lease.”

Our infrastructure is crumbling. Instead of building a wall on the Mexican border, we should create millions of good-paying jobs rebuilding our roads, bridges, water systems, wastewater plants, schools, airports and affordable housing. — Bernie Sanders (@SenSanders) January 28, 2019

We urge Congress to come together across party lines and work towards a long-term solution that prioritizes the American people so that they no longer have to live with fear and uncertainty. A short-term fix will provide temporary relief, but families across this great country deserve better from their elected leaders.