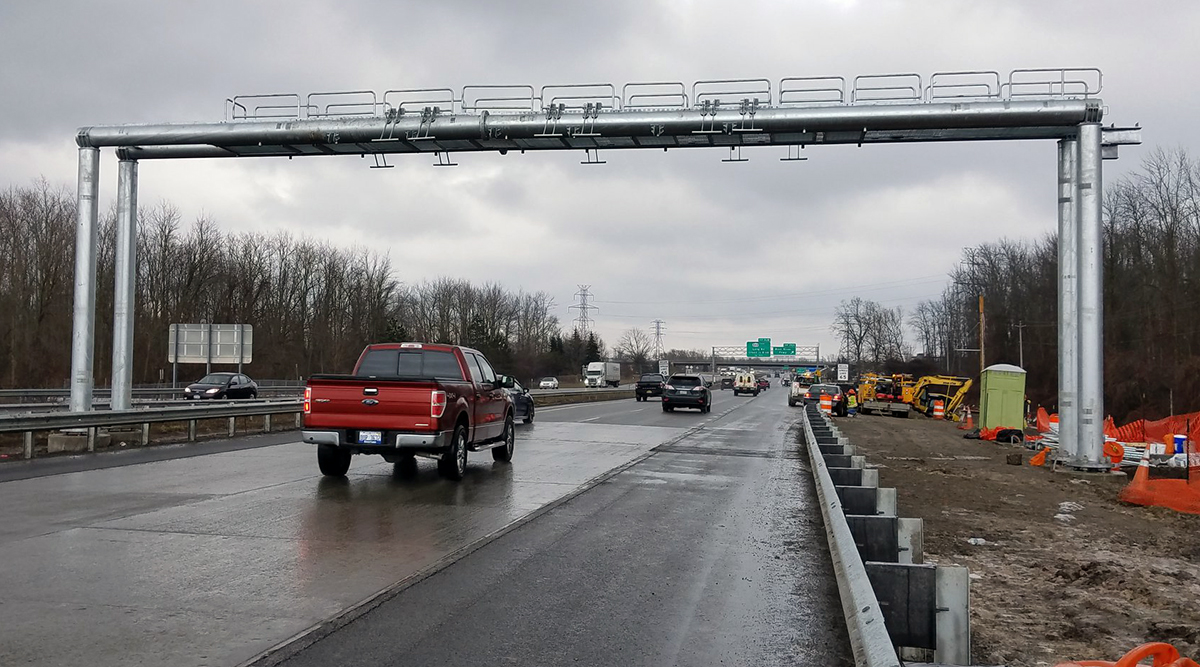 A federal appeals court has dismissed a class-action lawsuit filed in 2013 by American Trucking Associations alleging that the New York State Thruway Authority did not have the right to use toll revenue collected from commercial truckers to support the state’s canal system.

The state’s canal system, a network of waterways that stretches across upstate New York, including the Erie, Oswego, Champlain, Cayuga and Seneca canals, once carried commercial traffic. But over the years, as road and air transportation proliferated, the canals became a “recreational byway, drawing pleasure boats, fishing lines and the occasional canal fan,” the appeals court said.

“The canals and adjacent lands are presently used for many purposes, most of them recreational, some of them educational, but very few of them used for transportation. And therein lies the rub.”

Court records show that since 1992, the authority had transferred funding for the canals from the state’s general fund, “which insulated the canal and its operation from the whim of the taxpayers or from more pressing demands for public funds.”

“We conclude that Congress evinced unmistakably clear intent to authorize the Thruway Authority to allocate highway tolls to support the canal system,” the appeals court said. “We also conclude that the district court had discretion to reach the question of congressional authorization.”

“We are disappointed by today’s ruling, and we’re currently considering what our next steps will be,” ATA spokesman Sean McNally said in a statement.

A Thruway Authority spokeswoman said, “We are pleased with the 2nd Circuit Court’s decision. The court agreed that the Thruway Authority fully complied with federal law and did not violate the United States Constitution.”

In its lawsuit, ATA had contended that Congress did not make its intent “unmistakably clear” that the Thruway Authority was authorized to allocate excess revenue from highway tolls to the canal system.

ATA asked that the court not only block the authority from continuing to use toll money for the canals but also award ATA with an estimated $329 million in thruway toll funding for the canals from 2010-14.

However, the appeals court said that federal law permitted the Thruway Authority to allocate the excess toll revenue to “any transportation facilities under the thruway jurisdiction or for any project eligible to receive assistance under Title 23.”

Title 23 of the Intermodal Surface Transportation Efficiency Act of 1991 defined canals as eligible for federal assistance, the court said.

ATA in 2016 received a favorable decision from the district court, which ruled that it was unconstitutional for the Thruway Authority to use millions of dollars in toll revenues paid by commercial truckers to maintain the state’s canal system.

The opinion by a U.S. District Court judge for the Southern District of New York, determined the Thruway Authority’s diversion of toll revenue from truckers for the canals violates the U.S. Constitution’s Dormant Commerce Clause.

“Obviously, commercial truckers do not use the barge canals; they haul freight on the highway,” Chief District Court Judge Colleen McMahon wrote. “The truckers may wish to enjoy bike paths, hiking trails and museums on a vacation, but they are irrelevant while sitting in the cab of an 18-wheeler.”

McMahon added, “The state of New York cannot insulate the canal system from the vagaries of the political process and taxpayer preferences by imposing the cost of its upkeep on those who drive the New York Thruway in interstate commerce.”

However, before the district court could rule on ATA’s class‐certification, the Thruway Authority discovered information indicating that Congress had indeed authorized it to devote surplus highway toll revenue toward the canal system.

On Feb. 28, 2017, the district court ruled in the authority’s favor, despite expressing displeasure with the fact that the authority raised the defense late in the game.