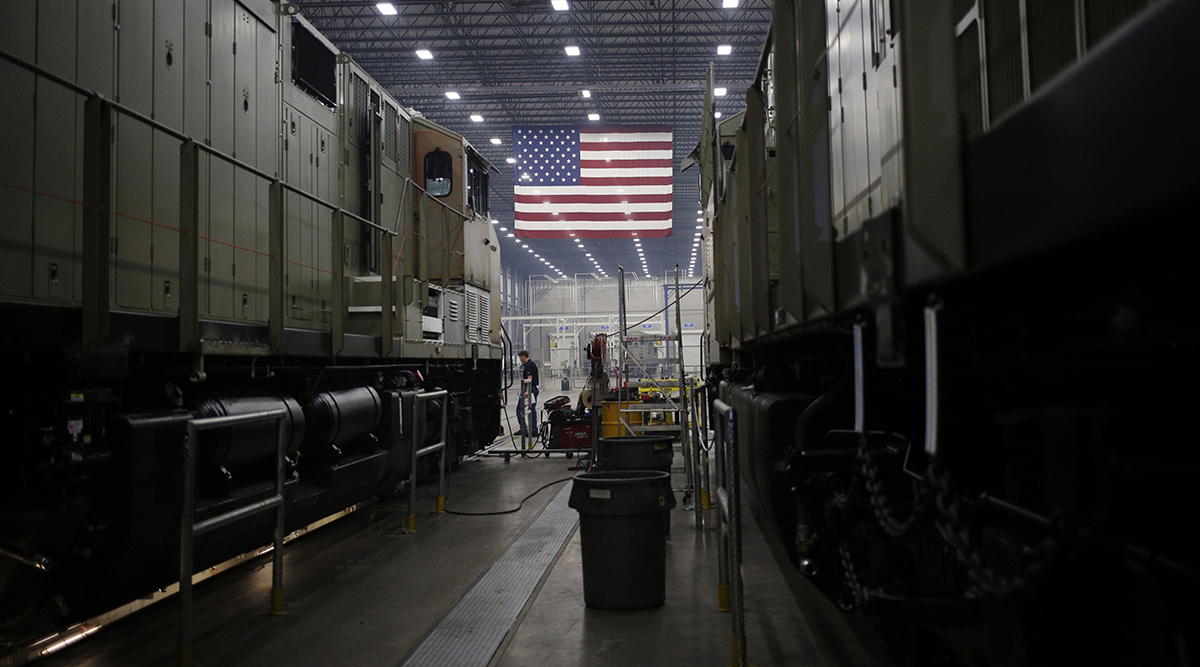 An American flag hangs at a factory in Fort Worth, Texas. (Luke Sharrett/Bloomberg News)

U.S. factory production unexpectedly declined in May for the first time in four months, restrained by supply challenges and hints of cooler demand for some big-ticket consumer goods.

Median forecasts in a Bloomberg survey of economists called for a 0.3% advance in factory output and a 0.4% gain in overall industrial production.

The disappointing factory output figure suggests rising borrowing costs, more moderate demand for some consumer merchandise and concerns about a broader economic slowdown are beginning to temper the pace of manufacturing. 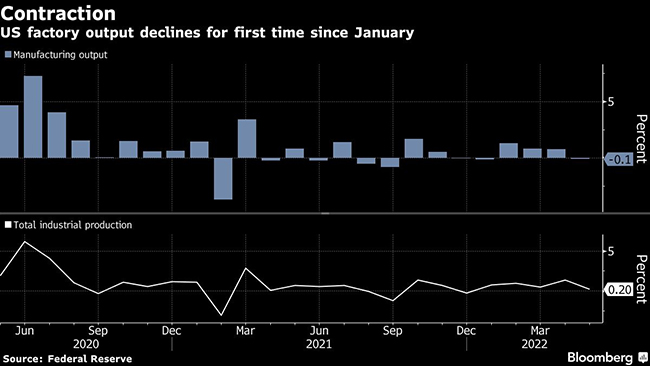 The Fed on June 15 raised interest rates by the most since 1994 in an intensified effort to curb inflation, which Chair Jerome Powell said is largely being fueled by forces outside of its control. Since the Fed doesn’t have the tools to affect such supply shocks, it’s trying to bring demand down.

Capacity utilization at factories decreased to 79.1% from 79.2%, the Fed’s report showed.

The data also showed a 1% increase in utility output as warmer weather boosted demand for air conditioning. Mining output rose 1.3%. Oil and gas well drilling advanced 6.2%, also the most since January, and is 57.2% higher than a year earlier.

Regional surveys so far this month have shown a weakening in manufacturing. A gauge of New York state manufacturing activity unexpectedly contracted for a second month in June, while a gauge of business activity in the Philadelphia area shrank for the first time since May 2020.

—With assistance from Kristy Scheuble.

Factory Output in US Increases at Solid Pace in Broad Advance