Expanded Panama Canal: Huge Ships, Port Projects but Experts Unsure of Its Impact a Year In 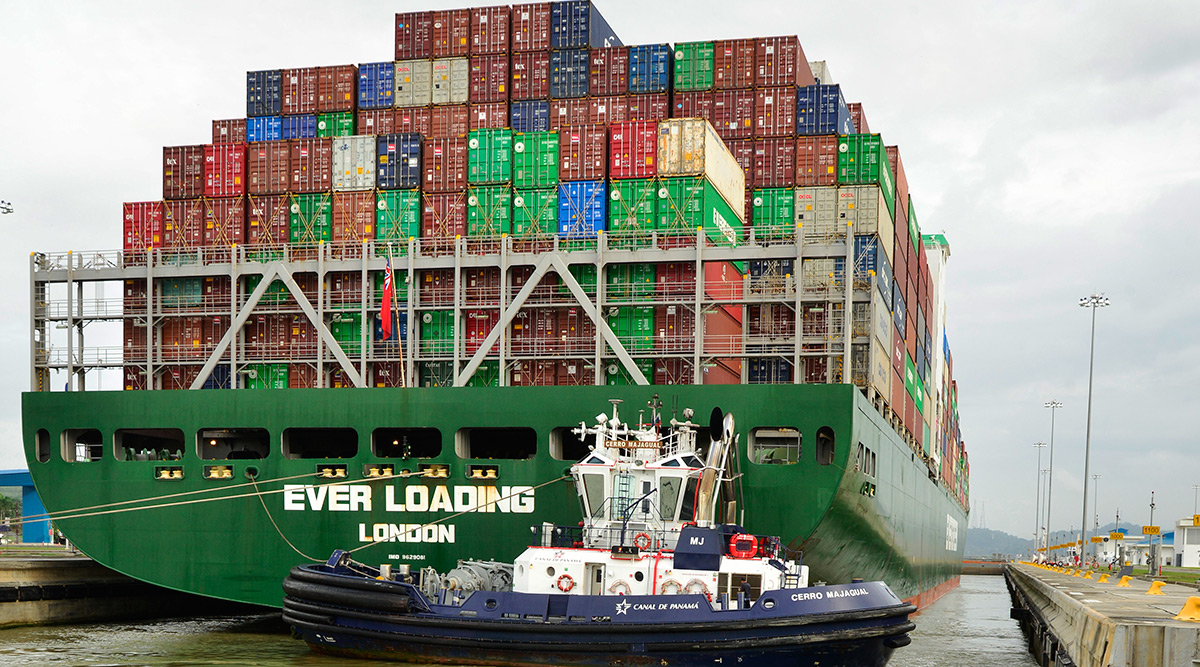 One year into operations of the expanded Panama Canal, the freight transportation world has witnessed leviathan containerships, gargantuan land-based cranes and dredging projects along the U.S. East and Gulf Coasts, but intermodal shipping professionals say it’s too early to quantify the precise impact of the massive infrastructure project.

While East Coast ports posted year-to-date gains in traffic through May, so, too, did Los Angeles and Long Beach. In fact, 2017 has so far been a better year for intermodal than 2016.

Other transportation executives and analysts point out that support systems for the bigger containerships — including a larger chassis pool and more dredging — are still coming online, thereby limiting the immediate effects of the expanded canal, which had its grand opening June 26, 2016.

“2017 has been good for ports on both coasts,” said Daniel Hackett, a partner at Hackett Associates, an Alexandria, Va., consulting firm that produces the Global Port Tracker with the National Retail Federation.

“The Panama Canal is still ramping up. There were lots of prognostications before the expansion opened. We didn’t know then what precisely would happen and that continues to be the case,” Hackett said.

His firm compares loaded, container imports at the two coasts, and found in 2016 West Coast U.S. and Canadian ports had 59.5% of 20-foot equivalent units, while the East, not including the Gulf Coast, had 40.5% of TEUs. Hackett said that market share has been relatively stable since 2015, but he expects it to shift slowly in favor of the East.

Vince Paperiello, an executive vice president with Hub Group, a provider of intermodal logistics and drayage trucking, said a year’s worth of the larger canal has not created an obvious shift.

“We saw a moderate shift from L.A./Long Beach to East Coast ports in late 2014 and early 2015, which was connected to the last [labor-management] contract negotiation, and L.A./Long Beach slowed down more so than from an expanding Panama Canal,” he said.

“Much of that shift stayed in the east and we did not see a material additional shift since the expanded canal opened. The expanded canal may enable and incent a larger shift leading into 2019, should the [labor union and port operators’] negotiations become contentious again,” Paperiello said.

The South Carolina State Port Authority, anchored by Charleston, has had a strong start this year. Total TEUs handled from January through May tallied 925,016, a 14.25% increase over the 809,618 TEUs processed during the first five months of 2016.

Up the coast at Port of Virginia, the first five months of container business totaled 1.15 million TEUs, up 8.7% from 1.06 million during the same time in 2016.

Jim Newsome, CEO of SCSPA, said his Wando Welch terminal in Charleston has hosted a ship with a 13,900-TEU capacity, but that is a glittery record, not typical of operations. It is also very close to the new canal limit for a containership, up from 5,000 TEUs before expansion.

After exiting the canal and entering the Caribbean Sea, ships head north and hopscotch up the East Coast, dropping off ocean boxes when they dock. Newsome said the ships have about 8,000 to 10,000 TEUs when they arrive at his facilities, and he has much dredging to do.

East Coast ports might see some vessels even larger than the new Panama limit, he said, because of improvements at the Port Authority of New York and New Jersey. With a higher Bayonne Bridge, which opened in early June, Newsome said 18,000-TEU ships can come to the East Coast from Singapore or India through the Suez Canal.

Penn said there is “less chance for error” if ocean boxes don’t have to be transferred to trains for travel across North America.

David Manning, president of intermodal trucking company TCW Inc. of Nashville, Tenn., said he has seen volume increases at Houston, Mobile, Ala., and East Coast sites, but also has had to fight against frustrations.

“At some ports the ships can’t come in completely loaded, and they have to check the tides,” he said, referring to ongoing dredging projects. He also mentioned two “landside effects,” the sudden dumping of mountains of containers and the lack of chassis, the most prosaic piece of intermodal equipment in the supply chain.

Pre-expansion, Manning said, containers arrived at a steady pace over five days, whereas now, “it’s concentrated over two or three days.” Also, since no ocean box can move on land without a chassis — or a railroad — attention must be paid to that as well.

Manning is also first vice chairman of American Trucking Associations and, like Newsome, an officer for the Intermodal Association of North America.

Intermodal often suffers from a “silo mentality,” he said, with ocean lines, port personnel, truckers and railroaders keeping to themselves rather than sharing information.

“Everyone has to be willing to share information,” Manning said, adding that information technology has the potential to tremendously improve intermodal communications and planning.