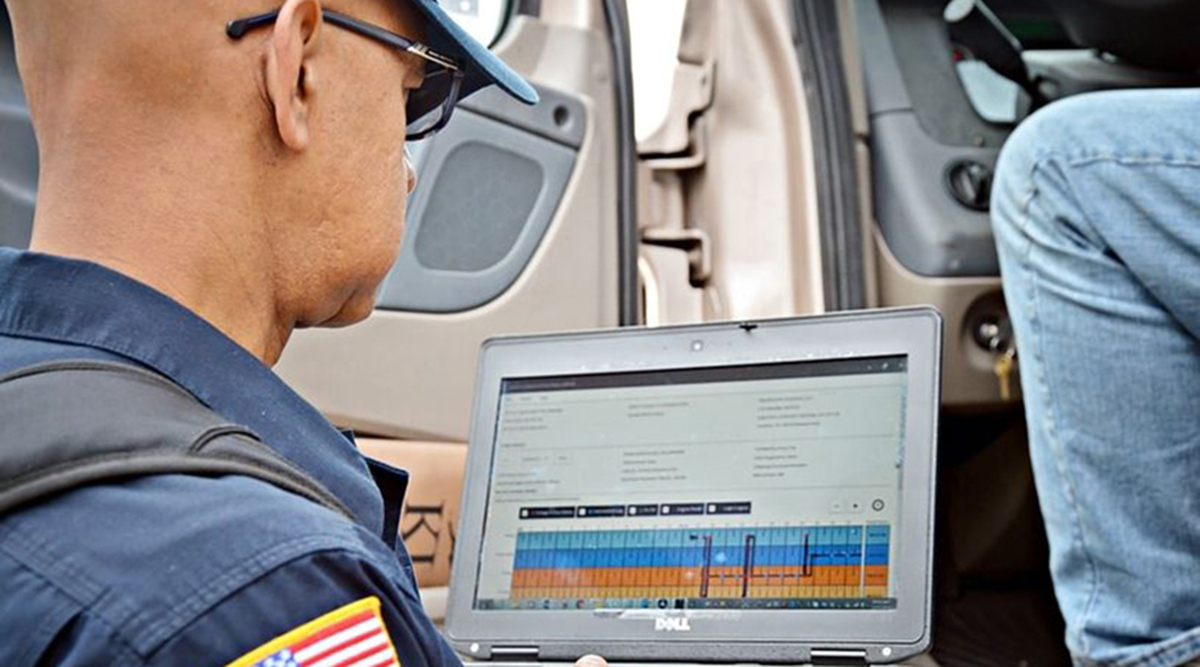 An ELD inspector. Since the ELD rule’s initial December 2017 compliance date, roadside driver inspections with hours-of-service violations have dropped by more than 50%. (FMCSA)

The federal electronic logging device mandate has leveled the playing field among motor carriers and reduced driver hours-of-service violations, but it may still be too early to determine how ELDs have affected safety on the nation’s roadways, industry experts said.

The regulation, which took full effect just over a year ago, requires nearly all longhaul carriers to record drivers’ HOS data with ELDs instead of paper logbooks, which are more susceptible to errors or falsification.

“I do the feel the playing field is more equal now among all carriers as to everyone’s ability to properly handle loads,” said Shawn Brown, vice president of safety for Cargo Transporters. “I think ELDs are making the roads safer. Drivers seem to be resting when they should, resulting in more refreshed drivers on the roads.”

Garner Trucking Inc., based in Findlay, Ohio, has used on-board recorders since 2010. 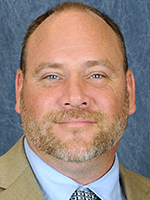 “We all have our own operating styles, costs and commodities, but the one thing that is consistent is that we’re all operating legally, and we’re all accountable for that,” said Tim Chrulski, the company’s chief operating officer.

Through the end of October, 8,893,857 roadside driver inspections had been conducted since December 2017, with less than 1.25% resulting in a driver being cited for not using the appropriate method to record HOS, including not having an ELD when required, DeBruyne said.

“When using paper logs, it was much easier for drivers to make mistakes, but ELDs have reduced this risk and allowed drivers to better operate within the boundaries of the HOS regulations,” he said.

However, some confusion remains around certain elements of the HOS regulation. 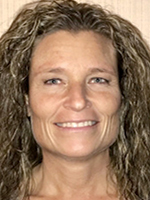 Kerri Wirachowsky, director of the Commercial Vehicle Safety Alliance’s roadside inspection program, said false log violations have increased, which she believes is due to misuse of personal conveyance, which refers to the movement of a truck for personal use while off duty.

“The No. 1 question I get from industry is asking for clarification of personal conveyance,” she said. “In a lot of instances, they are misunderstanding what they can do with personal conveyance. I believe that has caused false logs to go up.”

Rick Malchow, transport industry business adviser for J.J. Keller & Associates, said opponents of ELDs look at the data and say ELDs have not affected safety. Injuries increased to 176,000 in 2018 from 106,000 in 2010, he said.

“I don’t think that shares the entire story because you don’t know causality of those accidents,” he said.

FMCSA estimated that ELDs would result in 1,844 crashes avoided annually, 562 fewer injuries per year and 26 lives saved each year. 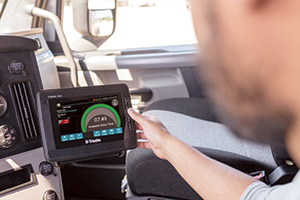 Trucking companies also are using the data captured by ELDs to better manage their businesses. (Trimble)

“While these are FMCSA estimates, our nearly two decades of experience support the idea that ELDs have a tangible, positive impact on the safety of our nation’s roadways,” said Glenn Williams, vice president of product management at Trimble Transportation, another provider of ELDs.

Fred Fakkema, vice president of safety and compliance at Zonar, said it is too early to know how ELDs affected collision rates. Some collisions are trending up, but that could be because traffic was down and speeds were up, Fakkema said. “The COVID aspect of it throws a wrench in the traffic collision and management aspect of it because there is less congestion than we’re used to, and we’ve seen an increase in speed in commercial vehicles and cars,” he said.

Wirachowsky cautioned that data from the 2020 calendar year is skewed.

“Your motorcoach industry is non-existent, and many in the trucking industry have been running under the emergency declaration,” she said. “2020 is not really reflective of the truth in terms of violation data.”

Nonetheless, there has been a drastic decrease in overall violations, Malchow said.

“One of the largest decreases came from a reduction in form and manner violations. ELDs are pretty much logging it as you do it,” he said.

“ELDs are making sure that companies are accountable and their drivers are operating legally. I think that is a giant success on its own, regardless of what the statistics show,” he said.

Apart from improving HOS compliance, trucking companies also are using the data captured by ELDs to better manage their businesses. 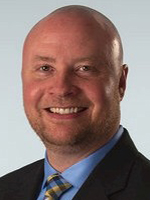 “It is straightforward and really leaves no room for interpretation, which is a good thing,” Brown said.

Williams added that the ELD mandate has provided an unprecedented level of vehicle connectivity and access to driver data, which enables a more seamless and transparent supply chain and improves shipper and carrier collaboration that ultimately results in maximized vehicle utilization and freight coverage.

“Dispatching has become the gold standard for efficiency, even in smaller fleets,” he said. 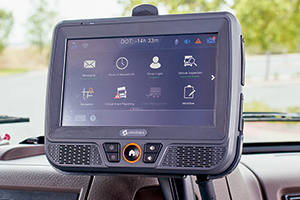 When combined with other telematics services, ELD data can assist in anything from reducing fuel usage, avoiding detention time, understanding when to dispatch drivers and preventing vehicle breakdowns, Omnitracs’ Ahart said.

“It can also be used to set realistic performance expectations with customers, allowing fleets to better predict arrival times based on HOS data,” he said.

“On the safety side, we want our drivers at rest when they’re supposed to be at rest,” he said, adding that he had prepared for a deeper impact on driver productivity. “Our productivity actually improved.”

“It forced our driver managers to be very actively involved in the drivers’ hours, understanding where the drivers were, how much time they had left on the clock and being able to maximize that,” he said.

Grand Island Express, based in Grand Island, Neb., also has explored driver relay points and is on the cusp of implementing a relay yard in Illinois, which should reduce delays.

“The other benefit is it does allow for more driver home time,” Albert said.

At Garner Trucking, based in Findlay, Ohio, driver managers track logs to see how much home time drivers are getting on weekends.

“The data allows us, at a quick snapshot, to separate our data and look at hours. Then we track that weekly, so we’re fair and balanced for everyone,” Chrulski said.

Carriers also are using ELDs to track out-of-route miles and see how efficiently drivers are using the equipment, Malchow said. What’s more, fleets have been using ELDs to reduce driver detention at shippers’ facilities and get paid for detention when it occurs, he said. 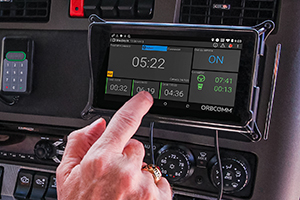 A driver checks his ELD. Scott Stofer, director of fleet safety and compliance at Orbcomm, said the ELD mandate has accelerated the adoption of other safety technologies in trucking. (Orbcomm)

“They’re utilizing the system to the fullest to manage violations, manage fuel efficiencies and make better decisions for dispatching,” he said.

“One big factor for a driver is trip planning and how taking the time to think about not only your next stop, but the stop after that and where you’ll be parking for the next HOS break, etc.,” he said. “Knowledge is power, and the ELDs provide much needed real-time data that is very helpful in maximizing a compliant workday.”

ELDs also empower fleets to track vehicle idling and monitor fuel consumption, KeepTruckin’s Ranganathan said. “This common use case is helping to drive up the efficiency of trucks on the road while reducing carbon footprints across the country as more fleets utilize technology,” he said, adding that ELDs improve fuel tax management.

“Data from ELDs helps eliminate the administrative burden of collecting state mileage and fuel receipts and automatically calculates this information instead.”

Despite the benefits, ELDs also have created some challenges for fleets. The measurements of time and duty status changes are more precise than in the past, which doesn’t leave any leeway for drivers, even if they only need to move small distances of less than a mile, Brown said.

“While this does have a lot of advantages in tracking and ensuring compliance, it does add the need for using clear thought processes from a driver standpoint in making driving and resting plans,” he said.

Another issue is that drivers sometimes park and forget to log out.

“If that happens and a mechanic grabs the truck and moves it, all of the time then gets assigned to the driver that didn’t log out,” Garner Trucking’s Chrulski said. “It creates a problem on the backside of that because we have to let the driver have a full 34-hour reset.”

Older devices known as automatic on-board recording devices, or AOBRDs, didn’t have the same restrictions or the same structure as ELDs.

“I’ve seen plenty of fleets that had an administrator and can help manage or edit the logs if a driver forgot to log out. Now they can’t do that,” Orbcomm’s Stofer said.

J.J. Keller’s Malchow said some carriers don’t provide log-in information to their exempt drivers, which can create a problem when someone moves the vehicle within the yard or for maintenance. 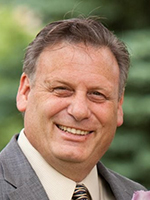 Malchow said he expected the supporting documents provisions to be a bigger deal than they were.

“I do believe this is a bit of a ticking time bomb for carriers that may end up going through an audit,” he said, adding that carriers need to retain documents so they can be matched up with a driver.

ELDs providers also have had to address some challenges throughout 2020, such as what happens if ELD data doesn’t transfer.

Grand Island Express has adjusted its driver recruiting efforts since the ELD mandate went into effect.

“We are bringing in non-CDL candidates and putting them through school,” Albert said.

He added that driver acceptance of ELDs has been far greater than expected.

“We didn’t feel like we got a lot of major kickback from drivers,” he said.

FMCSA and its state partners have reviewed more than 1.4 million ELD files since December 2017, and the current rate of successful file transfer exceeds 97%, DeBruyne said.

Garner Trucking included a card in its booklet with permits so drivers and officers can refer to it if they have any questions about the ELD during a roadside inspection, Chrulski said. 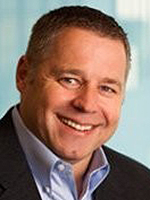 ELD providers have worked hard to make changes to their technology as guidance changed, Fakkema said.

“FMCSA is still making changes. As you get these changes, whether they are big or small, you have to go through and adapt and develop the technology,” he explained. “When you’re already mid-stream developing and make a change, that is challenging.”

The ubiquity of ELDs in truck cabs is helping to push technology forward in the trucking industry.

“In a lot of ways, the ELD mandate has accelerated the adoption not only from the provider side but also from the carrier side,” Orbcomm’s Stofer said, adding that ELDs could be a catalyst for safety technology.

The next phase for ELD compliance will come in June for carriers that operate in Canada. Once Canada’s ELD requirement takes effect, carriers operating in the country will have to use a third-party certified ELD, Stofer said.

“That will weed out companies that have done the self-certification,” he said, noting the massive number of ELD suppliers that joined FMCSA’s self-certified vendor list. “I never expected to see 400 companies on the list. The more companies on that list, the harder it is to police it.”