Economies of Scale Seen as a Benefit From Navistar-Traton Alliance 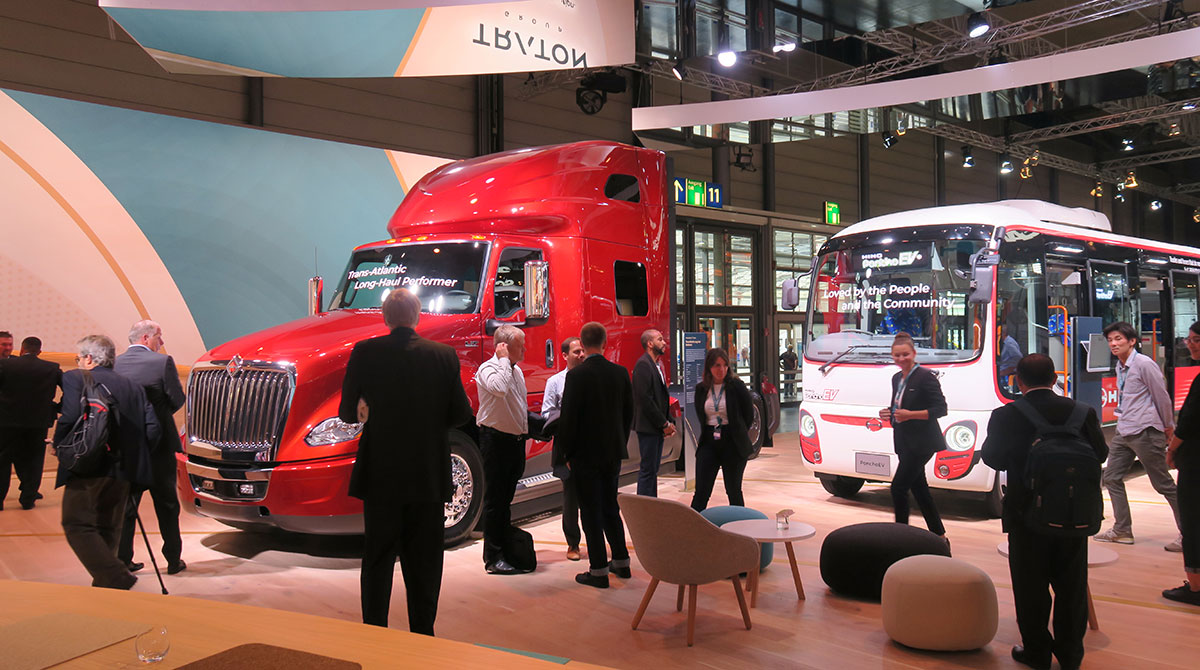 Navistar was one of the manufacturers to have a presence inside the hall where brands affiliated with or owned by Traton Group were on display. (Joe Howard/Transport Topics)

HANOVER, Germany — The partnership Navistar International has entered with Traton Group is opening up opportunities for economies of scale with procurement and technology development, Navistar executives said here during the IAA Commercial Vehicles show.

“When you put our volumes together, it becomes a very sizable purchasing and procurement enterprise,” Navistar CEO Troy Clarke said during a Sept. 19 meeting with press at the company’s display about the 2½-year-old partnership between his company and Traton — formerly Volkswagen Truck and Bus — as well as a separate deal Traton reached earlier this month with Japanese truck manufacturer Hino. “The purpose of a procurement joint venture is to provide not just us, but with them, access to scale.”

Navistar Chief Financial Officer Walter Borst said Navistar and Traton are on track to realize the $500 million in cumulative synergies they said they would see over a five-year period. Borst also said he views Traton’s move into a joint venture with Hino as evidence that its deal with Navistar is working out.

“That’s a good sign — that the work we set up is working and can be replicated with the alliance overall,” he said. “The opportunities are even much more significant than we originally thought.”

Those opportunities extend to technology development, an area all three companies can explore together, Clarke said.

“The ability for us to not just license technology from our alliance partners, or vice versa, but really the opportunity for us to participate in new technology development — that is different,” Clarke said.

“That difference lies in working together to build something from the ground up as opposed to finding a new customer for what is already there,” he added. “In my career, we’ve had things that we called alliance, and we really struggled — most of them don’t exist anymore — because they tend to be unstable; you tend to find yourself selling something to each other, as opposed to creating something with each other.

“That work is going on now,” Clarke said, but he declined to share specifics. 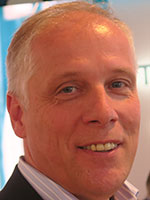 “It’s nothing we’re really prepared to announce, but [it’s] future technology. You name any technology that you see here today — or technology that was presented or explained by our alliance partners today — we are engaged in it on some level on a formative level,” he said. “We’re not talking about how you take that technology and adapt it to the North American market — those concepts are included from day one. That is extremely unique, and I think that is going to be one of the key success factors on why this alliance works.”

A vital element is making the right choices for the company, noted Friedrich Baumann, Navistar’s senior vice president for joint strategy and planning.

“When you look at the breadth of technology to which we have access now, we are basically working on getting as much of that — obviously, what makes sense in our marketplace — incorporated into our future product line as quickly as possible,” he said.

Navistar to Staff Up at Ohio Plant