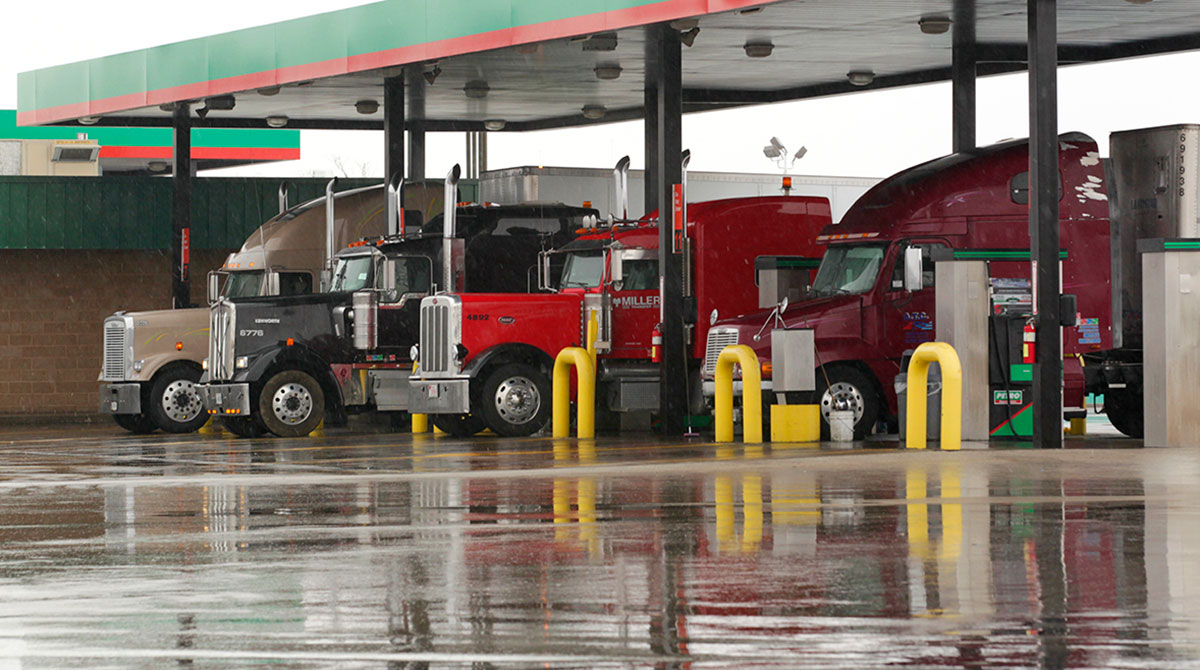 It was the fourth consecutive weekly increase in the average price, and diesel has risen 12.5 cents in that span.

The price of trucking’s main fuel rose in all regions, with six of them reporting an average price above $3 a gallon, and four others noting the price stayed below $3. Prices were highest in California at $3.641.

At the same time, the U.S. average price for regular gasoline climbed 3.5 cents to $2.557 a gallon, and was 19.9 cents higher than it was a year ago, DOE’s Energy Information Administration said.

Gasoline cost more in every region, except the New England area, where the average price dipped 0.4 cent, EIA said. Also, it was unchanged in the West Coast area.

Meanwhile, the yearly national gasoline average is projected to rise 19 cents compared with last year to $2.57 per gallon, the highest since 2014, according to GasBuddy’s 2018 Fuel Price Outlook.

Metro areas including Chicago, Los Angeles, New York City, Sacramento, Calif., San Francisco, Seattle and Washington will likely see gasoline prices eclipse $3 per gallon this year. Cities such as Cleveland, Detroit, Miami, Minneapolis, Orlando, Fla., St. Louis and Tampa, Fla., may get within arm’s reach of such prices, according to the price outlook.

While diesel has been on an upward trajectory since July 3, the pace has been manageable, said one fleet executive.

So as long as the increases happen at a reasonable rate, without sudden spikes, Melton’s surcharges can keep up, he said.

However, he added, “In a tight freight environment [like now], not only can you get higher rates, but you should make sure your fuel surcharge scale is appropriate. We try to pass on some of the volatility and keep our costs smooth.”

From Melton’s perspective, a fuel surcharge also means the company is obligated to do its part and conserve fuel by adding fuel-saving technology to the trucks and having fuel-bonus programs for drivers, he said.

Also, it is reasonable for shippers to expect that from a carrier, he said. “We absorb some of the cost and the risk ourselves and don’t have to pass on the entire volatility to the shipper.”

One step Melton has not taken is to hedge the price of fuel in the futures market.

That works best with long-term contracts with dedicated lanes and trucks, and allows both the shipper and the carrier to know what the cost of the “diesel burn” will be over the term of the contract, Ragan said.

Melton, though, has so many project-related freight hauls that it is not the right approach for them, he said.

The weekly U.S. oil rig count rose to 752 during the week of Jan. 12, 10 rigs more than the week before and 522 more than a year earlier, reported oilfield services company Baker Hughes.

The increase in oil rigs was the most in more than six months, according to Bloomberg News.

If so, that would surpass the previous record set in 1970 of 9.6 million barrels.

The gains are expected to increase again in 2019, when U.S. production rises to 10.8 million barrels a day, according to EIA.