Cummins Supplies Most Class 8 Engines in First Half

Detroit Leads in Engines 10 Liters and Over 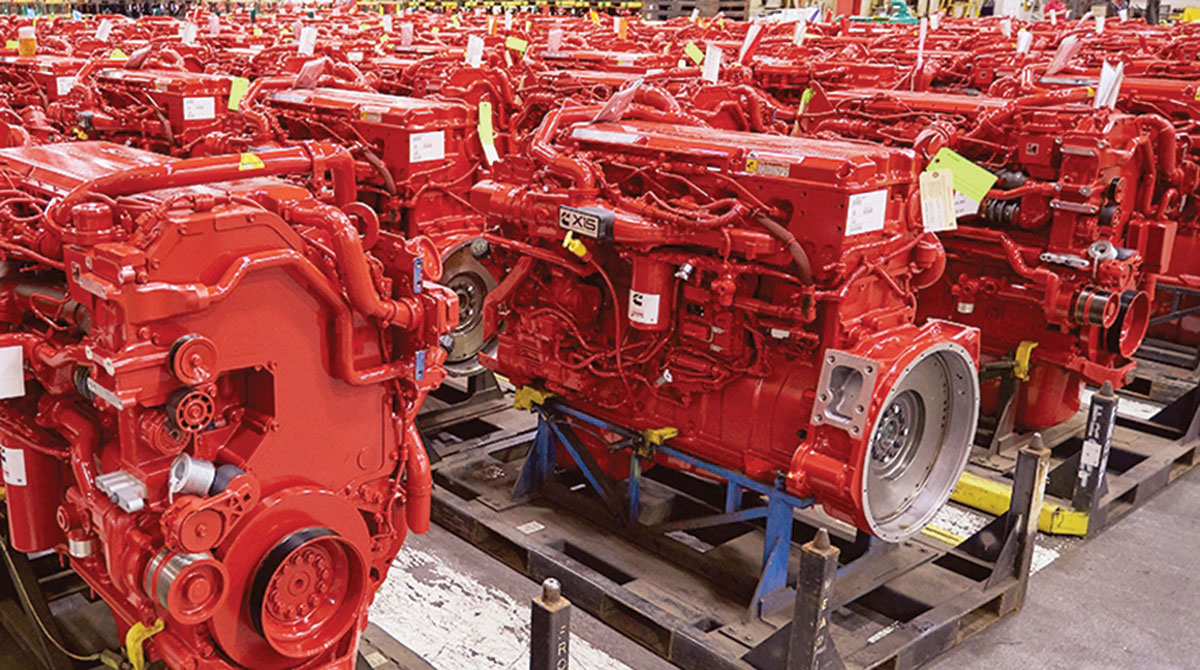 Cummins ensured it would get the overall lead with its dominance in the Class 8 engines under 10 liters, Group 1, category. Its 9,281 engines earned an 86% share of the total 10,808 engines in the segment.

The all-new @WstrnStarTrucks #57X features the latest and greatest Detroit technology like #DetroitAssurance to ensure that every mile counts. pic.twitter.com/bqlbXrmDRB — Detroit (@DemandDetroit) August 2, 2022

Experts have noted Group 1 engines are found in vocational applications like dump trucks, snowplows and refuse trucks, not over-the-road tractors.

Detroit Diesel inched ahead of Cummins in the number of Class 8 engines 10 liters and over, Group 2, with 39,588 compared with 38,432. DTNA’s market-leading Freightliner and niche Western Star brands were the only truck makers to use Detroit engines.

Every truck maker used some Group 2 Cummins engines, according to Wards. Paccar Inc.’s Kenworth Truck Co. and Peterbilt Motors Co. brands accounted for 61.3% of them, 11,996 and 11,595, respectively.

“Our MX engine performance or percentages in the U.S. is now right around 40%, in the low-40% is what we’d expect to see through the year,” Paccar CEO Preston Feight said during a recent earnings call.

Martin Lundstedt, CEO of Volvo Group, noted in his summary on second-quarter earnings, “as in recent quarters, the situation in the global supply chain for semiconductors and other components continues to be unstable, characterized by disruptions, unpredictability and lack of freight capacity. We will therefore continue to have disruptions and stoppages both in the production of trucks and in other parts of the group. The continuation of the COVID-19 pandemic is putting an additional pressure on the already strained supply chain and production system.”

VTNA and Mack are units of Volvo Group. International is a brand of Navistar Inc. Mercedes-Benz engines is a unit of DTNA. Hino is a brand of Hino Motors, a Toyota Group company.

All truck makers are looking beyond internal combustion engines and actively planning and developing the alternatives.

Earlier this year, Rakesh Aneja, chief of eMobility at DTNA, said, “We remain focused on serving our customers by providing them with a choice of propulsion technologies, ultimately resulting in solutions that best suit their business needs.”

One step toward that was DTNA’s announcement it would upfit and validate Freightliner Cascadia trucks with Cummins’ fourth-generation hydrogen fuel cell powertrain for use in North America.

The collaborating companies reported they intend to have initial units available in 2024 for select customers.

“CO2-neutral commercial transportation must not only be technically feasible, but also economically viable for our valued customers,” said Aneja.

In June, Volvo Trucks showcased a new zero-emission fuel-cell truck powered by hydrogen. The fuel cells were supplied by Cellcentric, the joint venture between Volvo Group and Daimler Truck AG, which intends to build one of Europe’s largest series-production facilities for fuel cells specially developed for heavy vehicles.

Traton Group, the parent company of Navistar Inc., reported recently it is scaling back investments in conventional drivetrains, with the intention that these make up less than one-fifth of its product development spend in 2026.