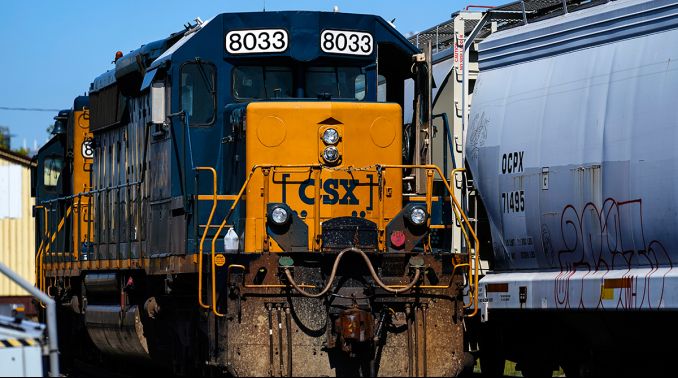 OMAHA, Neb. — CSX Corp. delivered 15% more profit in the third quarter as it handled 2% more freight and worked to eliminate the delays shippers have been complaining about for months.

The results beat Wall Street expectations for earnings of 49 cents per share, according to FactSet. The numbers include a $42 million charge because the contracts railroads negotiated with their unions that include 24% raises and $5,000 in bonuses cost more than CSX expected.

Newly hired CEO Joe Hinrichs said he’s hopeful all 12 rail unions will approve their deals because they include “very historic wins for the unions when it comes to economics and wage increases.” So far, six unions have ratified their contracts, but all 12 must do so to avoid a strike.

CSX has been hiring more workers throughout the year to help it better handle the freight its customers want to ship without significant delays. The railroad said its headcount is now up to 6,819 from about 6,400 at the start of the year. Its goal is to have roughly 7,000 employees by the end of the year. 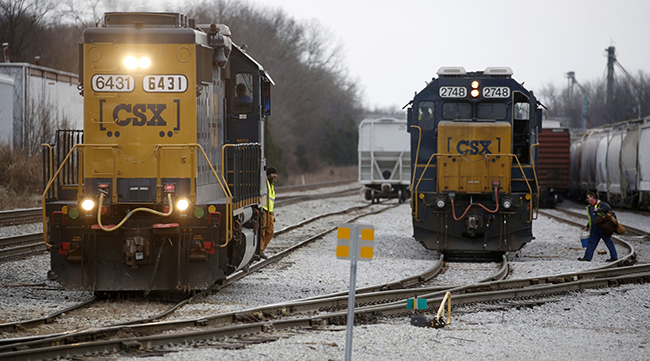 Those additional workers are helping. Throughout the year, the average speed of CSX’s trains has been increasing and hit 15.8 mph in the third quarter. That’s down from last year’s 17.7 mph but significantly better than the 14.9 mph CSX reported at the start of this year.

Hinrichs said even with the uncertainty in the economy, the railroad still expects to generate double-digit improvement in its full-year revenue and operating income this year. He said it’s too soon to tell if there will be a recession because the railroad is still getting strong demand from some businesses while other sectors are slowing and overall unemployment remains low.

CSX says it’s focused on improving its service so it can handle more freight, and that it still sees pent-up demand for auto and coal shipments it hasn’t been able to deliver this year.

“As our manpower has come on and the network has started to move more fluidly around the organization, we’re very encouraged by that,” Hinrichs said. “That being said, we’re not back to where we were in late 2019. That’s our first target is to get back to those levels and then grow from there.”

Hinrichs brings his perspective as a railroad customer from his long career in the auto industry. Edward Jones analyst Jeff Windau said that might help the railroad continue to improve the service further.

That being said, we’re not back to where we were in late 2019. That’s our first target is to get back to those levels and then grow from there.

“He has the insight from the other side of the fence. I think he’s really focused on service and improving reliability,” Windau said.

CSX is one of the nation’s largest railroads, and it operates more than 20,000 miles (32,000 kilometers) of track in 26 Eastern states and two Canadian provinces after acquiring Pam-Am Railways in the northeastern United States earlier this year.

Shares in CSX rose nearly 4% in after-hours trading following the release of the earnings report.

CSX Corp. is ranked No. 18 on the Transport Topics Top 50 list of the largest global carriers.