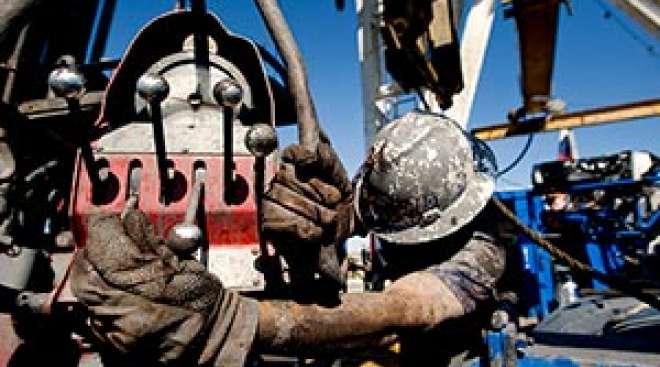 Oil slipped after an industry report was said to show a smaller-than-anticipated U.S. crude inventory decline.

Oil had rallied above $53 a barrel last week after some producers voiced support for prolonging a six-month supply-cut deal by the Organization of Petroleum Exporting Countries and its allies. OPEC ministers are scheduled to gather in Vienna on May 25 to discuss whether to extend the curbs.

"We are still in a very well-supplied crude market in the U.S.," Thomas Finlon, director of Energy Analytics Group in Wellington, Fla., said by telephone. "The gasoline build was a bit of a surprise but makes sense given that this is the time of year refinery runs increase."

West Texas Intermediate for May delivery fell 24 cents to $52.41 a barrel on the New York Mercantile Exchange. It’s the lowest close since April 7. Total volume traded was about 14 % below the 100-day average. WTI was down 32 cents at $52.33 a barrel at 4:54 p.m. after the release of the API report.

Crude output at major U.S. shale plays is forecast to rise to 5.2 million barrels a day in May, the EIA’s monthly Drilling Productivity report showed April 18.

Prices rebounded earlier after a report showed that Saudi Arabia trimmed exports to a 21-month low in February as local refineries processed a record amount of crude. Oil exports fell to 6.95 million barrels a day, the lowest since May 2015, according to data published April 18 on the Riyadh-based Joint Organizations Data Initiative website.

• Citigroup said OPEC output cuts will be able to offset the response of U.S. producers to higher prices. Goldman Sachs Group Inc. has called for the market to be patient.

• Stockpiles at Cushing, Okla., the delivery point for WTI and the biggest U.S. oil-storage hub, fell by 570,000 barrels last week, according to a Bloomberg survey.