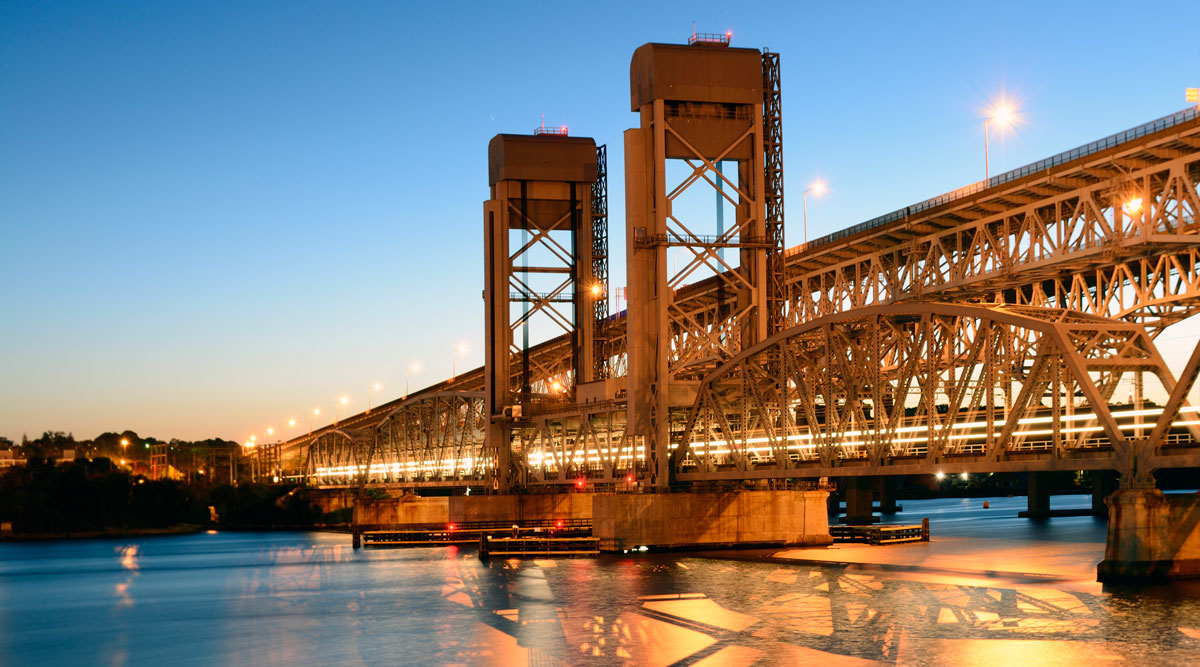 Gold Star Memorial Bridge in Connecticut is one of the proposed spots for a trucks-only toll. (Christopher Badzioch/Getty Images)

HARTFORD, Conn. — With Connecticut state legislators deeply distrustful of each other, lawmakers are considering a new plan for Gov. Ned Lamont’s proposal to toll trucks only at 12 bridges — offering two separate bills with six tolls each and forcing the House of Representatives and Senate to vote twice.

“That’s one of the options,” Senate President Pro Tem Martin Looney confirmed Feb. 18. “Under that option, both chambers would have to vote on both bills.”

A vote on electronic highway tolls has been delayed repeatedly for months as Lamont and optimistic legislators thought they would vote last summer or fall. The latest version calls for tolls on a dozen bridges on six highways from Greenwich to Groton on trucks only.

Since some House members question whether the Senate has the necessary votes and vice versa, some lawmakers say the best way to overcome the uncertainty is to conduct simultaneous debates.

But Looney stressed that no final decisions have been made on the process, and no date has been set for a vote.

“The speaker and I are still going back and forth on various options and logistical planning,” Looney said. “There isn’t any specific commitment to a day yet.”

Regarding a potential vote this week, Looney said, “I can’t really speculate on that at all. We’re already at Tuesday here.”

Legislators say that having high attendance is important because senators are split on trucks-only tolls, with 18 in favor and 18 against, and support in the House is expected to be close to the minimum 76 votes needed in the 151-member chamber.

Former veteran state legislator Michael P. Lawlor burst out laughing upon hearing the scenario of having six tolls in each of two bills.

“That is great,” Lawlor, an East Haven Democrat, said, adding he knew of no similar instance during more than 20 years at the Capitol. “There’s no way to write the bill [to avoid all criticism]. You’re either going to vote for tolls or not. People are trying to find a way to avoid unnecessary criticism, and you just can’t do it.”

Former state Rep. Stephen Dargan, a West Haven Democrat who co-chaired the public safety committee for 22 of his 26 years at the Capitol, recalled a somewhat similar scenario in 1995 and 1996 when Republican John Rowland was governor and Republicans controlled the state Senate.

“The last time I remember anything similar was when the Senate was controlled by the Republicans and the House was controlled by the Democrats,” he said Feb. 18. “There were times when we would split the committee because there were differences of opinion. In those instances, you might be voting on the same bill twice — and it would get lost in limbo because one chamber would take it up and another chamber wouldn’t.”

The two bills, obtained Feb. 18 by The Courant, are 28 pages each with some similar details.

One bill calls for six tolls that include the Gold Star Memorial Bridge between New London and Groton, and the Byram River bridge on I-684 in Greenwich, along with bridges in West Haven, East Lyme, Plainfield and on Route 8 south of I-84 in Waterbury. 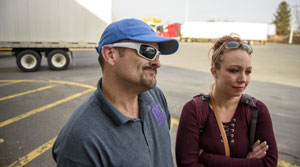 The second bill includes tolls at the Charter Oak Bridge in Hartford, the so-called Mixmaster in Waterbury, the Rochambeau Bridge on I-84 between Newtown and Southbury, along with bridges in West Hartford, Stamford and Westport.

Meanwhile, lobbyists and advocates are continuing to battle over the issue as lawmakers count the votes. Since the proposal calls for tolls on only trucks, drivers have been particularly interested in the issue. Lamont has pitched the trucks-only tolls as a way to finance a significant overhaul of the state’s transportation infrastructure. He has estimated the dozen tolls would raise $172 million per year in new revenue, with a significant portion paid for by out-of-state drivers.

“In segments where there is recurring congestion, particularly of heavy vehicles, there is the significant probability of plastic deformation from heavy loads, particularly during hot weather,” the report said. “Slow-moving loads have been shown to induce significant strain in pavement structures. This factor would cause pavement carrying heavy vehicles in congested conditions to require more frequent functional repairs (milling and resurfacing) to eradicate rutting (resulting from plastic deformation). This should be expected even with the Superpave mix design process, but estimating the probability and magnitude of the effect is difficult.”