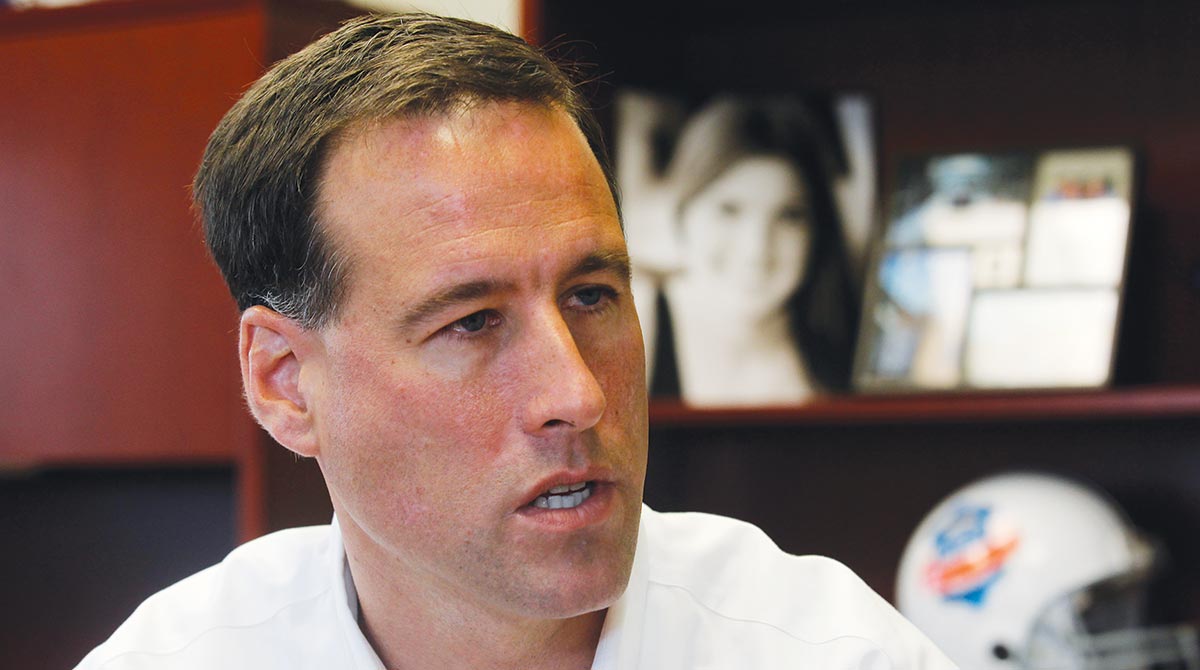 Will by John Sommers II for Transport Topics

Paul Will, for 24 years an executive with truckload carrier Celadon Group Inc., will be replaced as chairman and CEO on July 24, the Indianapolis-based corporation announced July 13.

Paul Svindland, chairman and CEO of Farren International Holdings, will succeed Will as CEO, and Michael Miller, Celadon’s lead independent director, will be the company’s next chairman of the board.

Will, 51, was groomed to lead Celadon by the company’s founder, the late Stephen Russell, who hired Will, a certified public accountant, in 1993 and picked him to be CEO in 2012 and then chairman in 2015.

The company has been financially troubled lately, and earlier this month announced it could record a goodwill impairment charge of up to a $62.4 million as part of a probe into the value of all its assets, including a discrepancy over the worth of used trucks.

The carrier, which is traded on the New York Stock Exchange, also saw its independent auditor withdraw its support of Celadon’s financial statements.

The company said Will will retire as an executive but remain as a consultant for a year.

Svindland has been running Farren, a private equity-backed holding company for multiple trucking companies, since its merger with EZE Trucking Holdings in July 2016. Farren/EZE works mainly in the flatbed/heavy and specialized-hauling sector of trucking.

Svindland also has worked at Pacer International, an intermodal transportation firm bought by XPO Logistics, and at AlixPartners, a global business advisory firm. He has an MBA from the University of Pennsylvania’s Wharton School.

“We believe Mr. Svindland is an excellent addition to our company,” Miller said in the company statement.

“We believe his experience, energy and perspective will help guide Celadon toward achieving our strategic initiatives and enhancing stockholder value. Given his background and the insight he has already offered, we fully expect Mr. Svindland to hit the ground running,” Miller said.

Miller probably will not be a long-term chairman.

He has been a director of the company since 1992, the statement said, adding that “Mr. Miller is expected to serve as chairman during a search process for additional independent directors, including a new board chair.”

Miller also is chairman and CEO of Aarnel Funding Corp.