Celadon to Record Impairment Charge in Review of Company’s Value 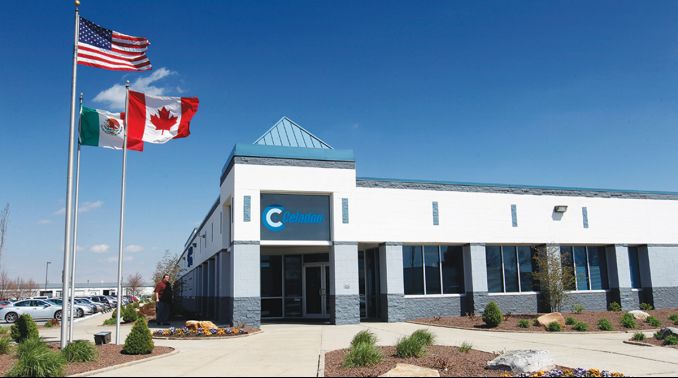 Celadon Group Inc. will record a goodwill impairment charge up to $62.4 million before taxes as part of a review into the entire company’s value after questions arose about how the motor carrier valued used trucks transferred to a joint venture last year, the motor carrier announced July 3.

The Indianapolis carrier also expects to record a pre-tax equity loss from its minority interest in a joint venture of about $7.8 million for the March quarter and additional losses in the June quarter.

In May, Celadon hired one of the accounting industry’s largest firms to conduct an outside audit to resolve the discrepancy overvalued used trucks and afterward re-issue financial statements from June 30, 2016, until present.

The company’s internal audit committee asked BKD to take a second look at the market value of trucks transferred to 19th Capital Group, a joint venture between Celadon and Element Fleet Management. 19th Capital holds more than 10,000 tractors, leasing them to trucking fleets. On the balance sheet, Celadon records the transfer as a shift from “revenue equipment held for sale” to “investment in unconsolidated companies.”

Celadon must record the lower amount between the depreciated value and the market value of the trucks, known as the “lower of cost or market” accounting rule. The disagreement is whether the market value assigned to hundreds of trucks — $45 million and $29 million in recent quarters — was too high. BKD wrote that it was “unable to obtain sufficient appropriate audit evidence” to resolve the issue and the financial reports from June 30 to Dec. 31, 2016, should no longer be relied upon until an outside review is completed.

Prescience Point Research Group, a short seller, alleged earlier this year that Celadon defrauded investors by significantly overvaluing all of its trucks to artificially inflate Celadon’s book value. The group also claims that Celadon is “fabricating its SEC financial statements” and that the carrier is on the “precipice of bankruptcy.” However, the short seller has a financial motive to generate negative news to drive down the carrier’s stock price, industry analysts warn.

Nevertheless, Bank of America, Wells Fargo and Citizens Bank aren’t too concerned with the current financial situation because they raised Celadon’s $200 million credit line by another $26 million on June 30, the carrier announced.

But an asset-based loan, which Celadon indicated would be completed by June 30, has not been finalized.

Celadon Chairman and CEO Paul Will thanked the bank group for the increased credit line to allow the company to turn itself around.

“From an operating perspective, most of the company’s key metrics have been improving sequentially over the past few months, with revenue per truck per day trending upward and a slight reduction in fleet size as freight lanes are tightened,” he said in a statement. “Additionally, through focused efforts on improving pay and the company culture for drivers, Celadon has experienced its highest new company driver recruiting classes in recent history. At the same time, industrywide volumes and yields are improving in excess of normal seasonally adjusted expectations according to several market-based indices.”

Celadon ranks No. 32 on the Transport Topics Top 100 list of the largest North American for-hire carriers.