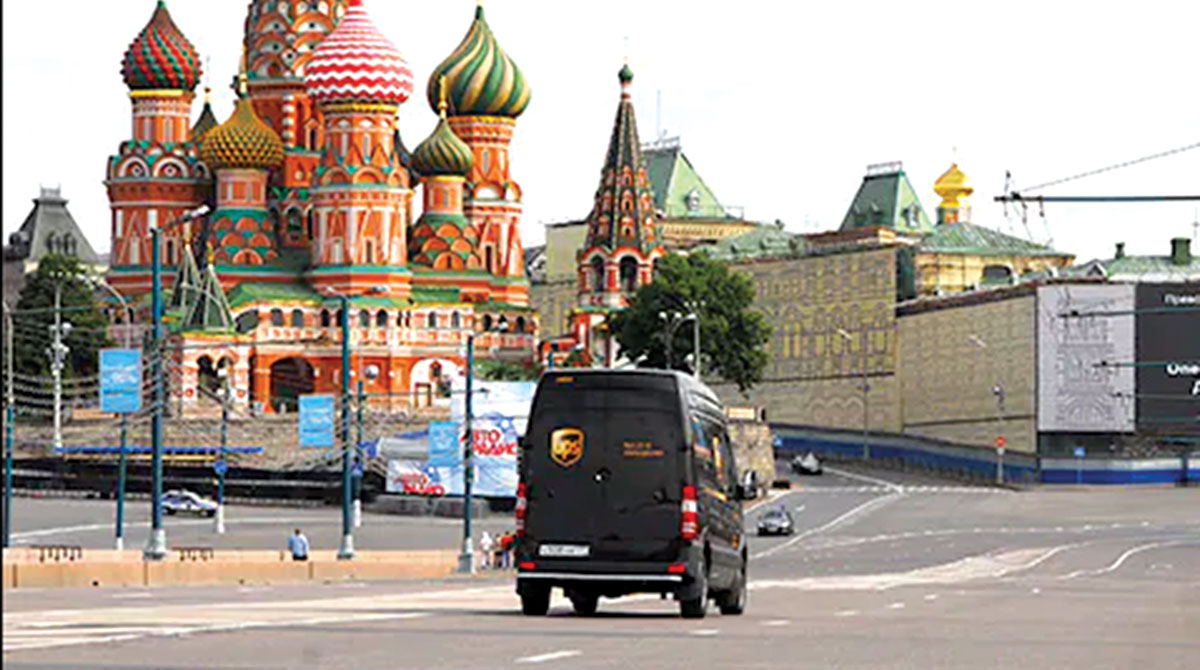 Transportation companies have been suspending operations in Russia and Ukraine amid the ongoing war between the countries.

UPS issued a service alert on Feb. 25, the day after Russian forces launched an invasion of neighboring Ukraine, in which it warned customers that international shipments to Russia had been suspended and that Ukraine shipping services had been halted. The company later revised the service alert to say all operations in Russia, Ukraine and Belarus had been temporarily suspended, with the exception of some humanitarian supplies.

“Our focus is on the safety of our people, providing continued service and avoiding disruption to our customers,” UPS said in a statement provided to Transport Topics. “We can confirm all Ukrainian UPSers, including our Coyote, Marken and Roadie subsidiary colleagues, are safe and are being contacted daily. Our hearts are with them and their families who are living through this upheaval and uncertainty.” 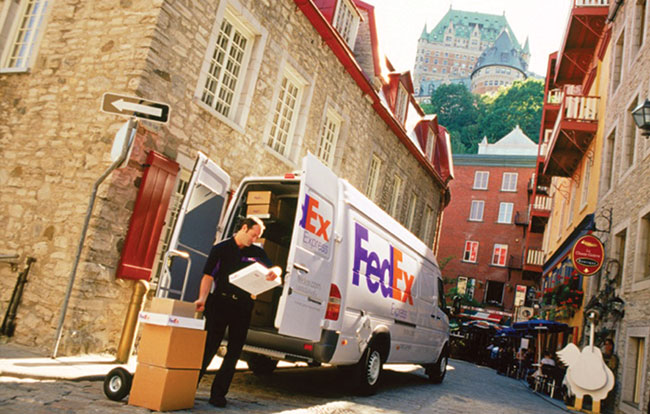 FedEx announced a suspension of service in and out of Ukraine the day of the attacks, and soon after paused service to Russia and Belarus. In follow-up messaging it has pledged support for staff in the region.

“We are writing to you today with great sadness as we watch the crisis in Ukraine continue to unfold,” the company said in a March 4 message to team members. “We are deeply disturbed by what’s happening, and our thoughts and solidarity are with the people affected by this ongoing violence.”

The company is providing more than $1.5 million in humanitarian aid, it said.

DHL on March 2 said it was temporarily closing offices and operations in Ukraine, and on March 9 suspended operations and inbound shipments within Russia and Belarus.

“We are deeply saddened about the situation in Ukraine,” DHL said in the March 2 statement. “As a company that enables trade between countries and peoples across the globe, we strive for a more connected world, with peace and prosperity for everyone. Currently, our greatest concern and our highest priority is the safety of our employees.” 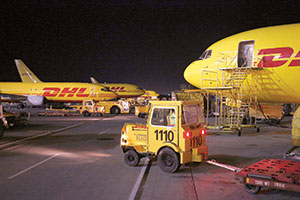 Third-party logistics provider C.H. Robinson on March 4 informed customers that it had suspended services for all international shipments to and from Russia and Ukraine.

“The events taking place after Russia’s invasion of Ukraine are tragic and our concerns remain with the safety and well-being of all those people affected by this ongoing situation,” the company said in a client advisory.

C.H. Robinson ranks No. 1 on the TT Top 50 list of the largest logistics companies in North America.

Landstar, which operates a global network of independent agents as drivers across its shipping and logistics operations, said in a Feb. 28 filing with the U.S. Securities and Exchange Commission that its services in Ukraine had been affected.

“The largest Landstar independent commission sales agency as measured by Landstar revenue generated in fiscal year 2021, while based in the United States, has significant operations based in eastern Ukraine,” the disclosure report said. “The operations of this agency have been significantly disrupted by the Russian invasion of Ukraine.”

Landstar, which noted it has another large agency with operations in the country, estimated that complete disruption of these services could result in an adverse impact of up to $100 million in quarterly revenue.

Canada-based Purolator is an integrated freight, package and logistics provider that primarily delivers packages across North America but also has a presence elsewhere. It issued a service alert Feb. 25 announcing suspension of services in Ukraine and Russia.

Our thoughts are with Ukrainians around the world. We are supporting the @RedCrossCanada Ukraine Humanitarian Crisis Appeal to provide aid for those impacted by matching donations from our employees and all Canadians up to a max of $50,000. https://t.co/8J5wcR8n3u #SupportUkraine pic.twitter.com/YhCRbfWN83 — Purolator (@PurolatorInc) March 2, 2022

“Effective immediately, our service to the regions has been suspended until further notice,” Purolator stated. “Shipments going to and from Belarus, Ukraine and Russia that are currently in our network will incur a delay and we cannot accept new shipments at this time.”

Purolator ranks No. 22 on the TT top 100 for-hire carriers list.