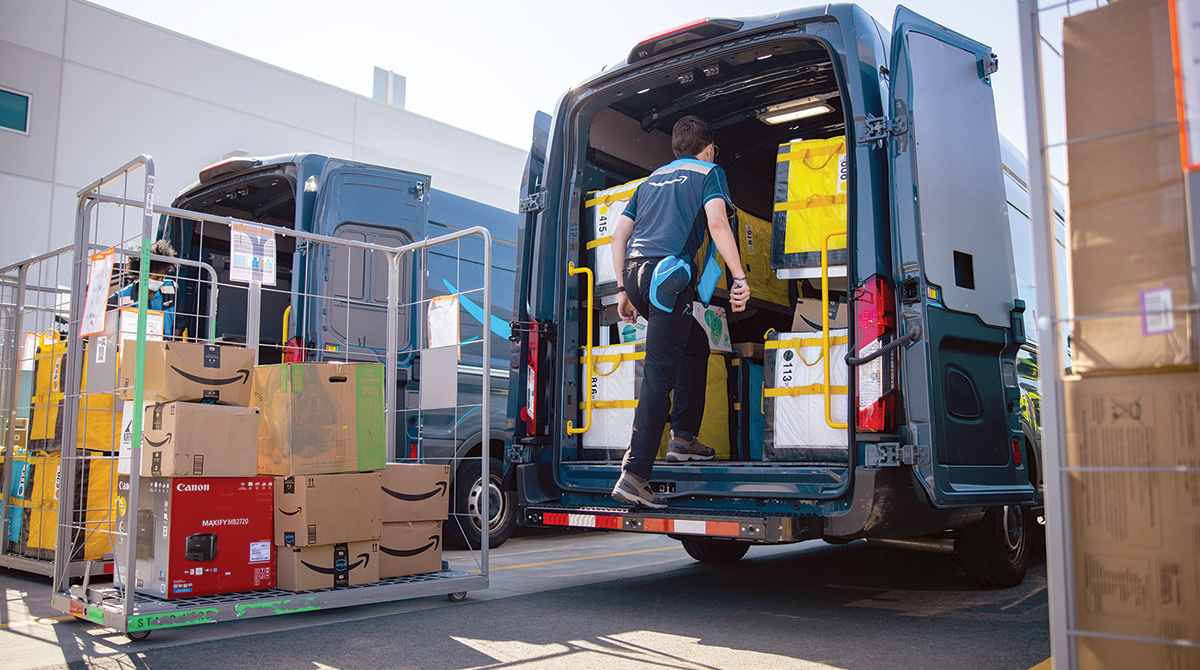 Cargo vans have been instrumental to the industry since demand for final-mile delivery to homes and businesses expanded and e-commerce volumes surged. (Amazon)

Without much fanfare over the years, the cargo van market has existed as the mobile toolkit of tradesmen, on construction sites and for vocational contractors making home repairs. But this vehicle type is now becoming increasingly popular in another line of work.

The massive proliferation of e-commerce has made final-mile delivery vans operated by carriers such as FedEx, DHL and Amazon a common sight in most U.S. neighborhoods.

As a result, van manufacturers are working to meet the demands of this growing e-commerce delivery business. They also see these vans as the perfect incubator for the transportation industry’s move toward electric-powered vehicles. 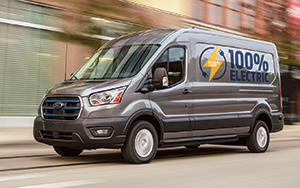 In its effort to roll out its line of electric vehicles, Ford will start producing its E-Transit in fourth-quarter 2021 alongside the Transit at its Kansas City plant in Claycomo, Mo. (Ford)

“We are seeing a significant uptake in EV cargo vans,” said James Martin, an industry analyst at IHS Markit. “Expect the majority of the EV increase from the cargo van side. Moderate to large fleets can control their recharging to make EVs more effective.”

Martin added that last-mile deliveries in e-commerce do not need electric batteries in the 300-mile range and can easily utilize 100- to 200-mile range battery packs, which reduces the cost of deploying EVs in delivery fleets.

Manufacturers have ambitious plans to introduce battery-electric vans in the United States.

Ford Motor Co., for instance, said it plans to invest $30 billion in electric vehicles by 2025. Ford’s E-Transit van is scheduled for a fourth-quarter rollout this year at its Kansas City assembly plant in Claycomo, Mo.

“We have a registration system in place to collect purchase intent and interest,” said Drew Walker, Ford’s commercial van brand manager. “We are taking orders on the fleet side now, and later will open the system to consumers.”

Walker said the E-Transit will have three different roof heights and three different lengths to ensure vehicle choices are flexible and versatile for any customer application.

Mercedes-Benz does not currently offer the electric-powered version of its Sprinter van in the United States, but the Germany-based manufacturer plans to produce the next-generation eSprinter at its North Charleston, S.C., plant in the second half of 2023 as it targets the U.S. and Canadian markets.

However, traditional cargo van manufacturers are not the only players in the emerging market for EV cargo vans.

EV startup Rivian has significant financial backing and a monster contract from online retail giant Amazon.com to produce 100,000 electric delivery vans by 2030. Rivian has its sights set on having the first 10,000 of those vehicles in operation by the end of 2022.

IHS Markit forecasts that by 2028, more than 25% of the light commercial van market will be electric vehicles, including 11.5% of vans built by established OEMs and 100% produced by all-electric new entrants such as Rivian.

As major cargo van manufacturers point to their products’ versatility and flexibility to fit any application, Dave Sowers, head of commercial marketing at Ram, singled out innovations in safety. 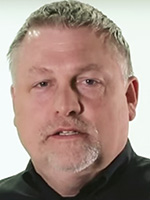 “Safety features continue to lead the way, allowing for a reduction in cost of ownership and downtime,” Sowers said.

He noted that Ram’s ProMaster offers safety features such as forward-collision warning and mitigation, blind spot monitoring and a digital rearview mirror.

For example, upfitter EZ Stak earlier this year introduced a two-shelf folding unit in 20 different sizes that is compatible with the medium- and high-roof ProMaster and Ford Transit models.

“We looked at vans from local delivery companies in order to understand the equipment inside the van and the safety needs of the drivers,” said Calvin Lawrenson, EZ Stak’s business development coordinator. 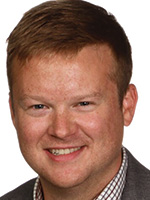 The Ford Transit’s most popular option is the medium-height roof with the long wheelbase, but the primary focus is on the drivers.

The Ford Transit now offers full-time, all-wheel drive that is easier to operate for drivers who are new to the vehicle. It does not change the step-in height, Walker added.

Last year, the COVID-19 pandemic led to a spike in e-commerce consumer shopping. At the same time, van manufacturers faced the balancing act of keeping their employees and suppliers safe while continuing to produce the vehicles needed by their customers. 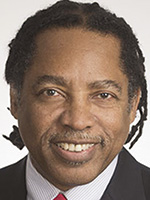 “The manufacturers were driven by the demand in e-commerce from COVID-19 in 2020 that kept the demand high,” said IHS Markit’s Martin. “The commercial and cargo van market have inventory in place, but it is not the typical 60-day inventory. When the manufacturers can get plants up to a build rate versus total capacity, that allows them to get caught up to pent-up demand.”

Ford reported a slight decrease in Transit sales from last year, selling 51,713 in the first half of 2021 versus 54,780 in the same period a year ago.

Stellantis said sales of its Ram ProMaster rose 66% year-over-year, with 29,009 units sold in the first half of this year compared with 17,498 a year earlier.

These sales volumes were achieved despite the global shortage of microchips, Ford’s Walker noted.

“We have been finding ways to build units without certain parts and install them later,” he said. “There is a mix of what we can build and have to be flexible in our production. We have driver-assist systems and technology built into our vans making them more sophisticated today with advanced technology and microchips.”

Mercedes-Benz said it works closely with suppliers on monitoring and evaluating the chip shortage and relies on the flexibility in its plant operations to respond to fluctuations in its supply chain.